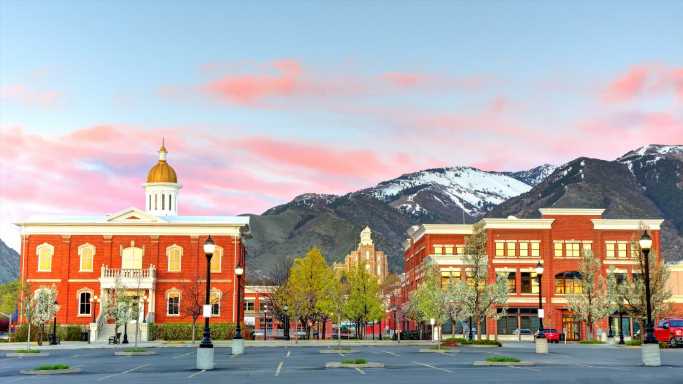 The Metro Area With the Fewest Larceny Thefts in Every State

Of all the most serious crimes tracked by the FBI — known as Part I offenses — larceny is by far the most common. There were 4.6 million cases of larceny-theft reported in the United States in 2020, accounting for nearly 60% of all Part I offenses, which also include murder, assault, robbery, rаpe, vehicle theft, and burglary.

Larceny is a classification of crime that includes all nonviolent theft, with the exception of motor vehicle theft. Common examples of larceny include purse snatching, pick pocketing, shoplifting, and bicycle theft. According to the most recent available estimates from the FBI, larceny-thefts result in an estimated $5.9 billion in losses to victims annually.

Though larceny-theft is relatively widespread in the United States, there are parts of the country where such crimes are not especially common and residents are at far lower risk of being the victim of theft than the typical American.

Using data from the FBI’s 2020 Uniform Crime Report, 24/7 Wall St. identified the metro area with the lowest larceny-theft rate in every state. Metropolitan areas are ranked by the number of larcenies reported for every 100,000 people.

It is important to note that in eight states, there is only one eligible metro area with available data. In each of these cases, which are noted, the metro area listed ranks as having the lowest larceny-theft rate by default only. In three states — Alabama, Illinois, and Pennsylvania — there are no qualifying metro areas with available crime data.

Larceny, along with burglary and vehicle theft, is one of three criminal offenses that make up the property crime category. Due in large part to lower than average larceny rates, in most metro areas on this list, the overall property crime rate is lower than the comparable statewide rate. Here is a look at the city with the fewest property crimes in every state.

Georgia secretary of state calls for election reform, says noncitizens should not be allowed to vote
Technology