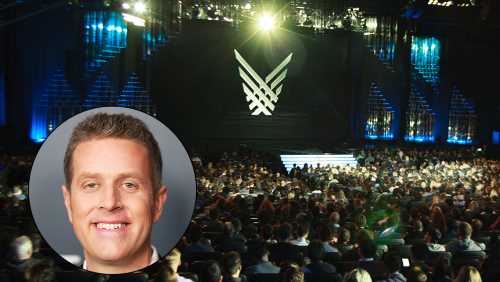 The Game Awards leveled up in viewership, with its 2021 live ceremony earning a total of 85 million global livestreams.

One of the gaming industry’s biggest nights, The Game Awards returned to the Microsoft Theater in Los Angeles for a live and in-person event on Thursday, Dec. 9. Hosted and produced by Geoff Keighley, The Game Awards 2021 honored the year’s best gaming titles, notable influencers and upcoming talent. Taking home the night’s marquee Game of the Year honor was Hazelight and EA’s It Takes Two, from A Way Out creator Josef Fares. Additional honorees were Deathloop, Kena: Bridge of Spirits and Forza Horizon 5.

On YouTube, TGA’s official livestream rose 14% from the previous year to deliver more than 1.75 million hours watched on the main feed. Over on Twitch, TGA brought in 3.35 million viewers across participating channels, including co-streams.

The Game Awards also surpassed its 2020 social media performance, raking in a record-setting 1.6 million tweets about the event, it’s best-ever performance. The show also trended #1 worldwide for the 8th year in a row, commanding 11 out of the top 30 worldwide trends at the peak of conversation.

“We are grateful we could return to an in-person ceremony in 2021 and continue to build on our success with significant international growth in 2021,” said Keighley.

Oscars International Feature Shortlist: Which Films Could Make The Cut

With the future of Build Back Better in question, proposed Medicare changes are also in trouble