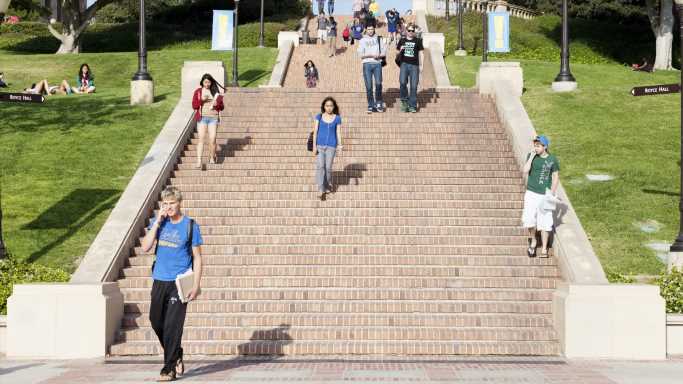 The Best Community Colleges in America

With the average price of a four-year college steadily increasing to well over $10,000 per year, many high school graduates are looking for less expensive alternatives. In 2019, nearly 5.6 million Americans enrolled in a community college — a school that offers two-year programs. Community colleges typically cost much less than even public four-year institutions but can still boost a student’s future job prospects.

While any certificate or degree would likely make a job seeker more desirable to hiring managers, not all community colleges offer the same quality education. There are a handful of two-year schools that stand out because of their high quality academics, good value, top-notch professors, highly-rated student life, and many other positive attributes.

To determine the top community colleges in America, 24/7 Wall St. reviewed data on academics, admissions, finance, and student life for colleges nationwide from school data platform Niche. We reviewed schools with a grade of B+ or higher in Niche’s 2021 Best Community Colleges in America report.

The 34 best community colleges are spread out among 18 different states across the country. Florida has five of these top two-year schools, Wisconsin has four, and South Dakota has three. As the top community colleges, many of these schools have average net prices close to those of public four year-schools.

Nearly all of the top community colleges in the country hand out more degrees in health care fields than in any other field. There are dozens of health care-related jobs that typically require at least an associate’s degree. These two-year degrees are likely to keep graduates with a steady job, as many health care jobs rank among America’s 25 fastest growing jobs.

Though a college degree — whether it is an associate’s, bachelor’s, or a more advanced degree — can be hugely beneficial for its recipient’s career, it is not a guarantee for a high income, or even a job for that matter. College graduates’ future job prospects are largely dependent on their major. There are a handful of degrees in which holders are actually more likely to be unemployed than the typical member of the labor force. These are the college majors with the highest unemployment.

Click here to see the best community colleges in America.

To determine the best community colleges in America, 24/7 Wall St. reviewed data on academics, admissions, finance, and student life for two-year colleges nationwide from school data platform Niche. We considered schools with a grade of at least B+ in Niche’s 2021 Best Community Colleges in America report. Niche’s ranking includes public postsecondary institutions where the majority of degrees conferred are typically earned in two years or fewer. Supplemental data on undergraduate enrollment as of fall 2019, average net price in the 2018-19 school year, the most common degree conferred during the 2017-18 academic year, and median earnings in 2015 of students who entered the college in the and 2004-05 academic year came from the National Center for Education Statistics of the U.S. Department of Education.