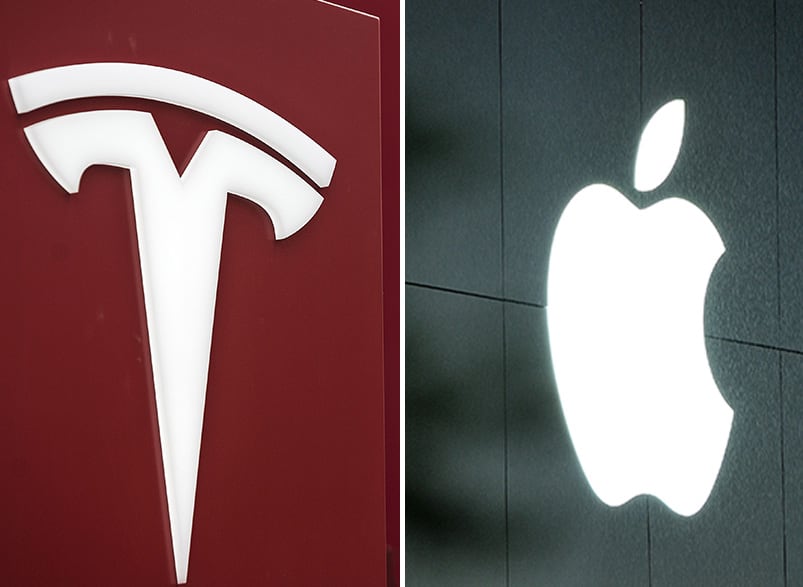 Closely watched money manager Cathie Wood told CNBC on Wednesday that Apple could have owned the driverless vehicle market by purchasing Tesla when given the chance during the electric vehicle maker's troubled Model 3 ramp-up.

"We've been watching Apple very carefully for years now. Because what is an autonomous vehicle? It's the ultimate mobile device," she said in a wide-ranging "Squawk Box" interview, during which also she talked about her Ark Invest strategies, the returns she expects long-term, and buying Zoom on its recent drop.

Apple shares hit all-time highs last Friday and then again Monday — rising solidly above $2.5 trillion in market value — following last week's Bloomberg report about the tech giant accelerating efforts to launch a self-driving vehicle. Apple was not immediately available to respond to CNBC's request for comment about its autonomous ambitions. Tesla was not immediately available either to comment on Wood's comments.

"This is very hard work — and with all the management turnover, we'd be surprised if they're able to pull it off that quickly," Wood said, referring to a Bloomberg report in June about the departures at Apple's autonomous unit of three top managers. In 2018, Apple lured Doug Field, then Tesla's senior VP of engineering, back to the company where he had previously worked. Apple also hired myriad other former Tesla employees.

Wood — a longtime Tesla uber-bull and shareholder and believer in CEO Elon Musk — told CNBC, "This should have been Apple's market. Apple should have bought Tesla, actually when they were given the opportunity. We're happy they didn't."

Musk revealed, in a tweet in December 2020, that he reached out to Apple CEO Tim Cook "during the darkest days for the Model 3 program" about the possibility of selling Tesla "(for 1/10 of our current value)." Musk said Cook "refused to take the meeting."

The first Model 3s, a less expensive EV sedan aimed at mass-market car buyers, were delivered in 2017, after increasing production to meet demand was problematic. In 2018, Musk tweeted that the car business was "hell" and that he was sleeping at the factory to try to solve the problems.

Fast-forward to today, Tesla has joined the $1 trillion market cap club, and Musk, the largest shareholder in the EV company, has been selling billions of dollars of his stock holdings.

Regulatory filings late Tuesday showed that Musk exercised options to buy 2.15 million shares of Tesla and sold 934,091 shares worth just over $1 billion. Since his Twitter poll on Nov. 6, asking whether he should sell stock, Musk has unloaded 9.2 million shares worth $9.9 billion.

— Reuters contributed to this report.

Reasons As To Why You Should Use Cryptocurrencies
Technology