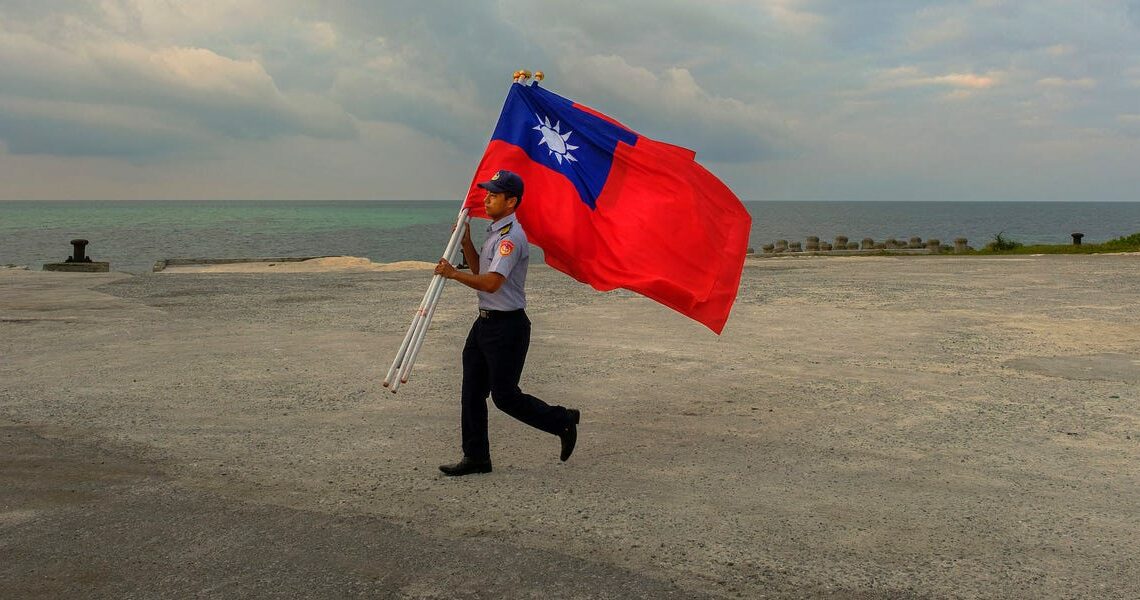 TAIPEI (Reuters) – Taiwan has spotted Chinese drones circling the Taipei-controlled Pratas Islands in the South China Sea and may shoot them down if they stray too close, a government minister said on Wednesday, a move that could dramatically increase tensions with Beijing.

Speaking at parliament, Lee Chung-wei, who heads the Ocean Affairs Council under whose purview the Coast Guard falls, said that they had recently spotted Chinese drones circling the Pratas, though they have not flown over the islands.

“They have never entered our restricted waters and airspace, they’ve just flown around them at a certain distance,” Lee said.

While China recognises no Taiwanese claims of sovereignty, its aircraft and ships generally stay outside Taiwan’s restricted zone, which extends 6 km from its coast.

Asked how the Coast Guard would react if a Chinese drone entered that restricted zone, Lee said they had rules of engagement. “After it enters it will be handled under the rules. If we need to open fire, we open fire.”

The Pratas lie at the top end of the disputed waterway, and have become a relatively new source of intrigue between Chinese-claimed Taiwan and Beijing.

In recent months Taiwan has complained of repeated Chinese air force activity near the islands, which Taiwan’s Coast Guard only lightly defends though there are periodic deployments of marines. There is no permanent civilian population, only occasional visiting scientists.

In October, Hong Kong air traffic controllers warned off a Taiwanese civilian flight flying to the Pratas on a routine weekly supply run, forcing it to turn back.

The Pratas, the closest Taiwan-controlled territory to Hong Kong, have also taken on extra significance since anti-government protests began in the Chinese-run city.

Taiwan has intercepted at least one boat close to the Pratas carrying people fleeing from Hong Kong trying to make their way to Taiwan.

Taiwan’s other main South China Sea island is Itu Aba, also known as Taiping Island, which is part of the Spratly archipelago.

Lee said they have not spotted Chinese drones there.

Apart from China and Taiwan, Brunei, Malaysia, the Philippines and Vietnam also have competing claims for islands and features in the South China Sea.

Bitcoin and Ethereum Could See a Liquidity Crisis
Technology