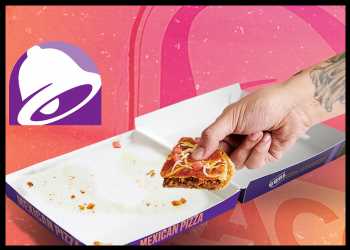 Restaurant chain Taco Bell, owned by Yum! Brands, has pulled out Mexican Pizza from its menu as it struggles to meet the soaring demand.

The popular pizza, which was brought back recently by the company, will be temporarily removed from its menu until the fall. Meanwhile, the company plans to make the item permanent on its menu.

Taco Bell also postponed Mexican Pizza: the Musical, and said it expects to reschedule to a later date.

“Our fans’ love is all consuming, and they’re consuming all the Mexican Pizzas,” the company said.

According to Taco Bell, demand for the Mexican Pizza was seven times higher than when it was last on menus, and replenishing the menu item is taking longer than it planned. The company said shortages of the Mexican Pizza were unexpected.

The fast food chain said in a letter to fans, “While we’re currently selling out, for now, we’re working diligently with our restaurants and suppliers to get more back in the hands and stomachs of our biggest fans by this fall.”

Taco Bell reportedly said that one Californian restaurant sold more than 1,000 Mexican Pizzas in one day, while a customer’s order included 180 Mexican Pizzas.

The Mexican Pizza was returned with the same ingredients of seasoned beef and refried beans between two fried flour tortillas, topped with pizza sauce, 3 cheese blend and fresh diced tomatoes. When it returns this fall, these ingredients will remain.

In order to redeem Taco Bell rewards digital offer, the company also asked fans to wait until the Mexican Pizza returns to menus.

Until Mexican Pizza’s return, Taco Bell Rewards members will be able to score double the points for their first eligible purchases on each day during May 31-June 7 from participating US locations.