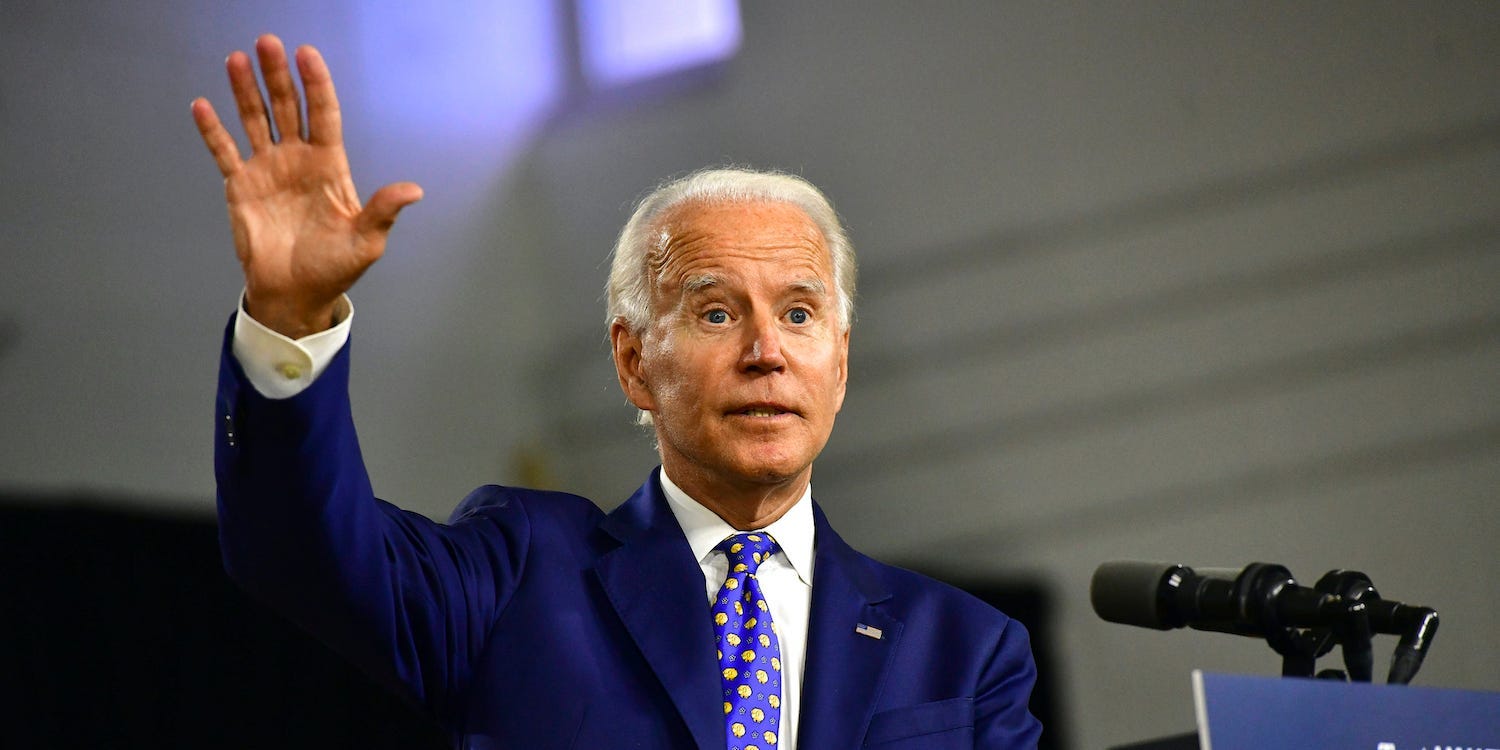 A “Blue Wave” come Election Day can boost stocks, but only after bouts of strong volatility and a knee-jerk decline, Morgan Stanley strategists said Friday.

Current polls suggest Democratic presidential nominee Joe Biden will beat President Donald Trump in November, and that the Democratic Party holds a strong chance of securing control of Congress. Yet US equities are among the few assets poised for a “detour” should such a sweep take place, the bank said in a note to clients.

While some assets such as Treasurys and oil would face a steady decline, an overwhelming Democratic victory would form a temporary deviation from stocks’ upward trajectory, they added.

The market’s immediate reaction will likely be negative, according to the firm. Fears of tax hikes will drive initial selling and lower earnings outlooks.

Read more: ‘The largest financial crisis in history’: A 47-year market vet says the COVID-19 crash was merely a ‘fake-out sell-off’ — and warns of an 80% stock plunge fraught with bank failures and bankruptcies

The continued economic recovery would drive some derating of earnings-per-share multiples, posing a short-term risk until profit growth catches up with the updated forecasts. Uncertainty around future stimulus can also cloud initial hopes for fresh relief, the bank said.

“We expect fiscal expansion to provide some offset [to higher taxes], but until the market knows the type of fiscal expansion after a Democratic sweep, expect that equity risk premium could remain elevated into January,” the team of strategists wrote.

Still, stocks should resume their climb once volatility dies down and investors get a clearer look at the Biden administration’s legislative agenda, according to Morgan Stanley. The continuation of economic recovery will revive spending and drive earnings growth. A follow-up to the March CARES Act will lift bullishness, and Morgan Stanley expects the tax scare to give way to a smaller-than-expected increase.

“Our base case is to buy any dip on a blue wave as we think tax policy is difficult to enact and think the legislative focus will lean toward CARES 2 as a top priority,” the team said.

As for other outcomes, the bank views a divided government as having less of an up-front slump but a longer struggle with passing new stimulus. The nation’s economic rebound could stall and slam investors’ bullish forecasts, the strategists added.

Jerome Myers left corporate America to start real-estate investing and amassed a portfolio with over 90 units. He shares the 4-part strategy he’s using to chip away at his 1,000-unit goal.

$11,800 Is the Crucial Bitcoin Level to Be Watching Moving Forward
Technology