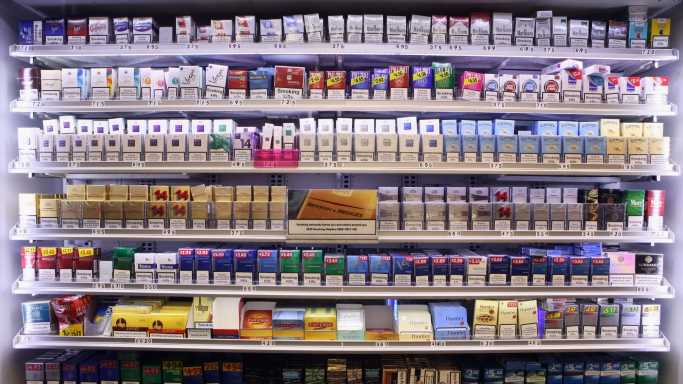 States With the Highest and Lowest Cigarette Taxes

Although the percentage of U.S. adult smokers has declined in recent years, states still rake in enormous revenues from cigarette sales. According to SmokeFree.gov, the average retail cost of a pack of cigarettes now stands at $6.28 — with a good portion of that amount accounted for by state taxes.

Tax rates vary considerably from state to state. New York slaps a state excise tax of $4.35 on each pack, pushing the retail price of 20 cigarettes in the Empire State to $10.45 — the highest in the nation, per the Sales Tax Handbook. But everything tends to cost more in New York. (You may be surprised at how much income it takes to be considered middle class in every state.)

Connecticut, where the cost of living is lower, also charges smokers $4.35 per pack in taxes. Looking for a cheaper tobacco hit? Missouri charges only $0.17, which means you’ll pay the lowest total retail price in the U.S. — $4.38 a pack. (These are the states where Americans are paying the most tax.)

Click here to see states with the highest cigarette taxes.

As long as people light up, states will continue to fill their coffers with money generated from the taxes. The good news for the health of the nation, if not necessarily for the wealth of the states, is that as of 2019, the number of smokers in the country stood at 34.1 million, or about 14 percent of adults 18 and older. That represents a decline of 20.9 percent from 2005, according to the CDC.

The hefty price tag of a pack might be one reason for the decrease. The Cancer Action Network estimates that a 10% percent price increase in the cost of a pack of cigarettes correlates to a 2% reduction in adult smoking rates. The rate plunges even more for young adults (ages 18 to 24), to 3.25%. “States that have a higher starting pack price will actually see a larger percentage decline in smoking rates compared to states with lower starting pack prices,” the organization says.

To identify the states with the highest cigarette taxes, 24/7 Wall St. reviewed the Tax Foundation’s Facts and Figures dataset for 2021. Each state’s percentage of residents who smoke is from the 2021 County Health Rankings, a collaboration between the University of Wisconsin Population Health Institute and the Robert Wood Johnson Foundation.

U.S. Ends Use Of 2 Immigration Jails Accused Of Mistreatment
Technology