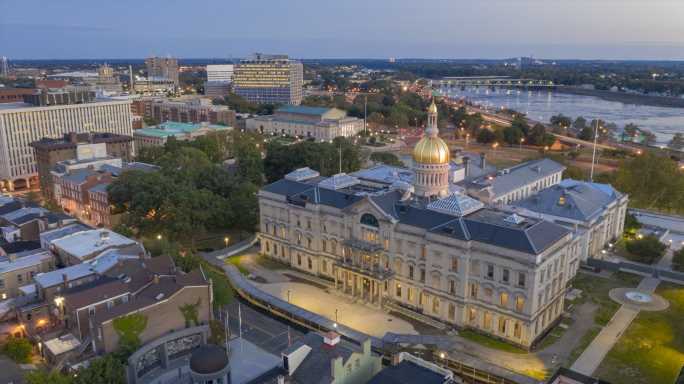 States Where The Most People Work For The Government

The Biden administration has proposed a $6 trillion budget aimed at improving infrastructure, education, and health care. If passed, it would push federal spending to its highest level since World War II. It could also usher in the reversal of a long-term trend of declining government employment.

Over the last decade, the number of Americans employed by governments at the local, state, and federal levels has fallen from 22.5 million in 2010 to 21.9 million in 2020, a 2.6% drop. Nationwide, the public sector accounts for 15.4% of all employment. Government employment is not evenly distributed across the country, however. Depending on the state, the share of public sector jobs ranges from less than 13% to over 25%.

Using 2020 employment figures from the Bureau of Labor Statistics, 24/7 Wall St. ranked all 50 states based on federal, state, and local government employees as a share of total employment.

Government occupations that provide services at the local level account for a large share of total government employment. Since such positions are needed everywhere, states with relatively low population density tend to have higher per capita public sector employment. In these places, private sector employment opportunities are often scarce, but a base level of public sector workers is still needed to run municipalities, administer justice, manage waste, and educate children. Here is a look at the best and worst run states in America.

Many states with a larger than typical share of public sector workers also have higher than average government spending on a per capita basis. While there are several notable exceptions, in seven of the 10 states where government employment accounts for the smallest share of total employment, state and local government spending per capita is below the $10,131 national average. Here is a look at what your state spends on you.

Biden responds to the May jobs report: 'Our plan is working'
Technology