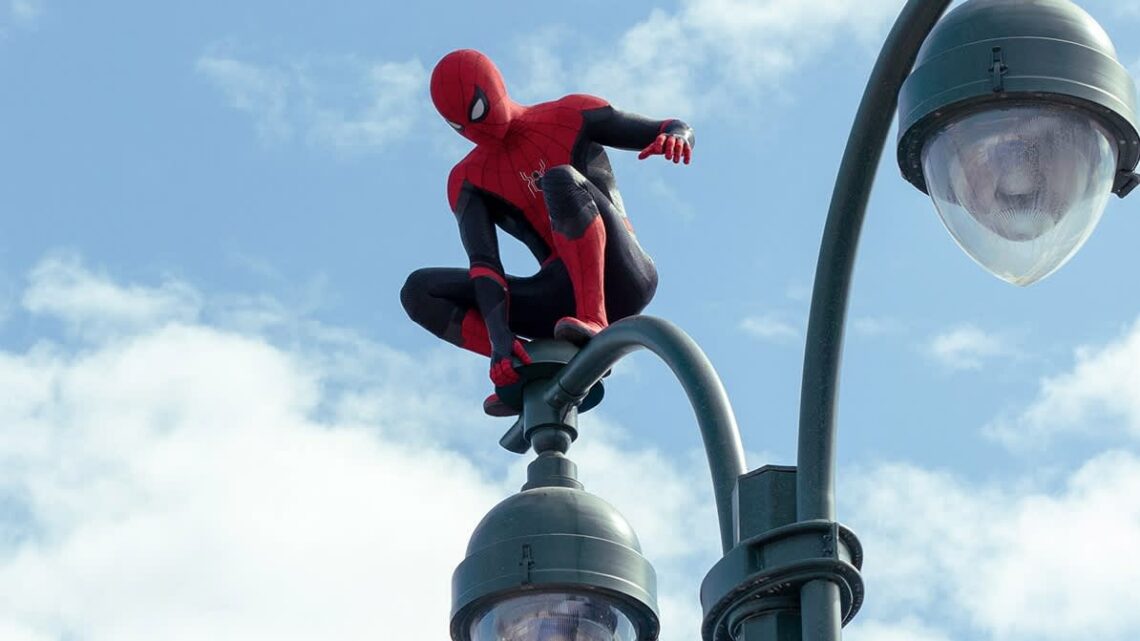 For months, fans of the Marvel Cinematic Universe of speculated, theorized and freeze-framed trailers to figure out what happens in "Spider-Man: No Way Home." On Friday, they find out what predictions were correct and, hopefully, encounter some surprises.

Co-producers Sony and Disney have been tight-lipped about much of the film, offering critics just 40 minutes to review for its cast junkets before premiering the movie in its entirety for press on Monday.

Reviewers have set their own rules on what constitutes a spoiler, with some opting to only discuss characters or plot points made public in trailers while others have decided to confirm or dispel the rumors that have plagued the internet since fans first got a glimpse of a video teaser for "No Way Home."

It's probably not a spoiler to tell you that critics have, generally, reacted favorably to Tom Holland's third solo Spider-Man film, as the film currently holds a 95% "Fresh" rating on Rotten Tomatoes from 152 reviews.

Still, if you don't want to know any more than that, now would be a good time to stop reading. While CNBC will not disclose major spoilers for "No Way Home," this review round-up will discuss general critical reactions to the film.

Holland has been praised for his performance as Peter Parker, a role he breathed new life into back in 2016. Holland has portrayed Spider-Man in six MCU films, but this particular performance is a standout for the young actor.

"Spider-Man: No Way Home" picks up moments after the ending of 2019's "Spider-Man: Far From Home." Outed to the public as Spider-Man, Peter Parker must grapple with the repercussions of his deadly fight with Mysterio and how his newly unveiled secret identity impacts those he loves most.

Cleared of any legal charges, Parker returns to school to finish his senior year under the scrutiny of his peers and the media. The scandal has tarnished his reputation and that of his girlfriend MJ (Zendaya) and best friend Ned (Jacob Batalon), as all three of them fail to get into the Massachusetts Institute of Technology because of their association with Spider-Man.

Frustrated, Parker enlists the help of Doctor Strange (Benedict Cumberbatch) to cast a spell to make the entire world forget that he is Spider-Man. However, the spell goes awry when Parker tries to amend it to ensure his friends and family would still remember him.

While the film packs a lot into its two-and-a-half hour run-time, critics noted that screenwriters Chris McKenna and Erik Sommers still managed to strike a balance between Parker's personal struggles and the looming threat of these multiverse visitors.

Here's what critics thought of "Spider-Man: No Way Home" ahead of its theatrical debut on Friday:

"The character combinations here are absolutely wild," Kristy Puchko wrote in her review of "No Way Home" for Mashable.

It's a long-running joke that Spider-Man movies have often crammed too many villains into their runtimes, but "Spider-Man: No Way Home" manages to use its influx of foes to its advantage. Puchko noted that because previous films have told these villains backstories and laid out their motivations, little exposition is needed to explain who they are or why they are doing what they are doing.

Puchko, like other critics, pointed to Alfred Molina, who reprises his role as Doctor Otto Octavius, aka Doc Ock, as well as Willem Dafoe, back as Green Goblin, for lending particular gravitas to the film. Both actors appeared in director Sam Raimi's Spider-Man franchise nearly two decades ago.

"Some might see its cross-movie webbing as too chaotic, too fan-servicey, or just generally too much," she said. "Personally, having rewatched all of the previous movies recently, I was in awe of how [director Jon Watts] and his team weaved such different styles and textures together to express common themes and a familiar yet fresh tale of what it means to be a hero who is hurting."

"These elements play together in a dizzying ballet of action and emotion, bolstered by impeccable visual effects and an all-star cast eager to sink their teeth into these juicy collisions," Puchko wrote. "And it all hits hard, perhaps all the more because this reboot has been the most joyful of the three. So be warned: 'Spider-Man: No Way Home' will mess you up. It's not only an enthralling thrill ride, not only a celebration of Spidey fandom, not only a rousing adventure but also an emotionally riveting drama that doesn't pull its punches."

Read the full review from Mashable.

While there are times that "No Way Home" feels cluttered, "the filmmakers really understand Spider-Man," wrote Matt Singer in his review of the film for ScreenCrush.

"'No Way Home' understands that the key to Spider-Man's appeal is not his amazing powers or cool costume, or that he's a shy nerd who blossoms into a hard-bodied heartthrob after a radioactive spider bite. We like Spider-Man because he's a screwup," he wrote. "Peter Parker fails — repeatedly."

The MCU's Spider-Man has always had a level of naivety, perhaps because he is the youngest iteration of the character in recent reboots, that has placed him in precarious positions. His charm, wit and heart are often what help him maneuver through these situations.

"No other superhero has this many defeats, blunders, and outright fiascos to his name," he continued. "Superman always saves the day. Spider-Man usually does too — but often at a terrible personal cost."

Singer contests that that is what allows this comic book character to continue to resonate with fans 60 years after his debut. In "No Way Home," Parker makes many mistakes, but he never stops trying to fix them.

"'No Way Home,' with its use of the old characters from previous Spider-Man movies, really gets that idea," he said. "Power and responsibility are important. Seeing something through after you mess it up? That's the mark of a genuine hero."

Read the full review from ScreenCrush.

"The first chunk of 'No Way Home' feels noticeably less cohesive than the ones before it," wrote Leah Greenblatt in her review of the film for Entertainment Weekly. "[It's] a hectic collision of convenient plot points and winky one-liners pinging off every available surface while the script scrambles to find its footing."

Still, the movie eventually finds a way to bridge all of those "multiplicities," as Greenblatt calls them. Although, much of that happens later in the film and can't be thoroughly discussed in a non-spoiler review.

"So it's safer maybe just to say that what seems at first like pure fan service turns out to be some of the best and by far the most meta stuff Marvel has done, tender and funny and a little bit devastating," she said.

There was a time back in 2019 when fans were uncertain if Spider-Man would remain part of the Marvel Cinematic Universe. "Spider-Man: No Way Home" manages to celebrate what Sony brought to the table in the early 2000s with its two previous Spider-Man film series as well as catapult the MCU forward.

"It's rare to see such surreally elaborate narrative gymnastics arise from what is basically a long-running game of corporate tug-of-war," wrote Justin Chang in his review of the film for The Los Angeles Times.

"Without saying too much — OK, without saying anything at all — three parallel Spider-Man universes that once were forced to stand apart now get to belatedly salute each other, in a warm, even reconciliatory spirit," he said.

Chang praised Holland's performance, as well. As the third actor to don the Spidey suit in two decades, he has thrived in making the character stand out from those before him.

"Like his predecessors, he's an enormously likable screen presence, which has been crucial to making this third go-round with Spider-Man feel like more than just another retread," Chang wrote. "That's no small thing, since every Spidey cycle must essentially trace the same arc, hit the same beats and rites of passage: the loneliness and isolation of superheroism, the all-too-relatable challenges of teenagerdom, the bittersweet ache of young love, the pain of sudden, irreversible loss."

Read the full review from The Los Angeles Times.

Bank Of England Lifts Rate For First Time Since 2018
Technology