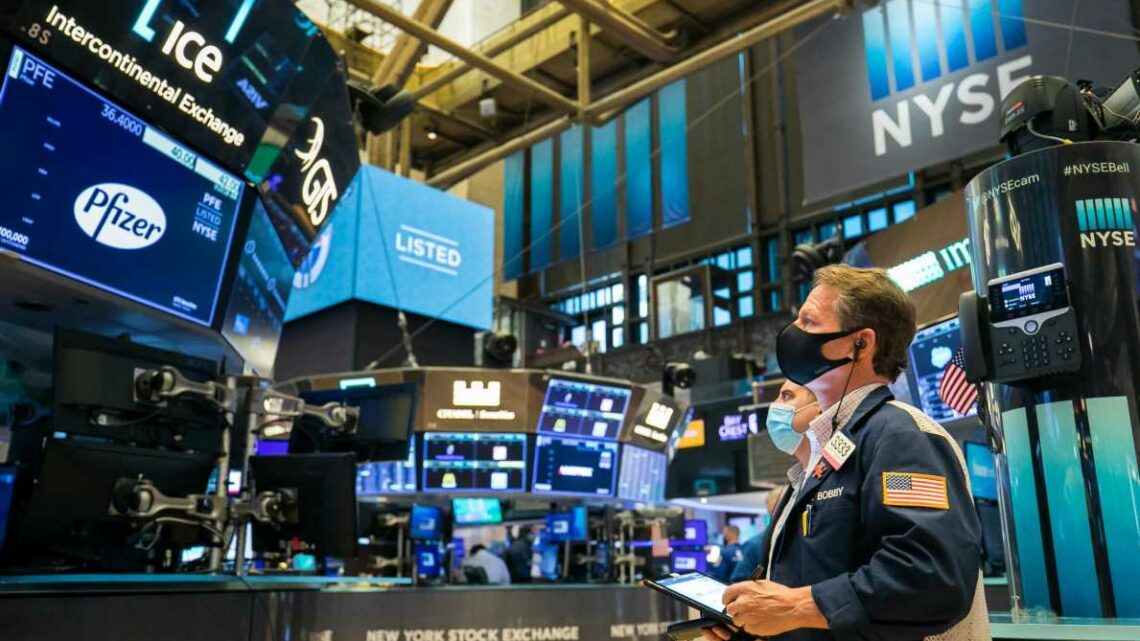 Moffett's comments on "Mad Money" come the night before the policymaking arm of the U.S. central bank begins its final two-day meeting of the year. Wall Street is awaiting any potential changes to the Fed's timeline for interest rate hikes given months of hot inflation readings.

"When you've got 95% of the value of every stock held in its terminal value because interest rates are so low, don't be surprised if small changes in interest rates make big changes in stock prices," said Moffett, founding partner of the research firm MoffettNathanson, who specializes in the telecommunications industry.

Terminal value is the estimated value of a company beyond a period of time when future earnings can reasonably be forecast, a window of time estimated to be between three and five years. Terminal value is a key part of discounted cash flow models, which is an important valuation tool used by analysts like Moffett as they evaluate companies and their stocks.

The Fed's approach to its benchmark interest rate — which is currently at near-zero levels, where it's been since March 2020 — "obviously affects the way you think about terminal value," Moffett said.

"At the end of the day, the cost of money shapes what you're going to pay for long-term growth," he said.

The Fed's meeting concludes Wednesday, and Chairman Jerome Powell is scheduled to hold a press conference at 2:30 p.m. ET. The central bank is expected to accelerate the speed at which it ends its bond-buying program. Wall Street also expects central bankers' consensus projections for interest rate hikes to be moved up to next year from 2023.

Moffett's appearance Monday on "Mad Money" followed news earlier in the day that his research shop was being acquired by the parent company of Silicon Valley Bank, SVB Financial Group. Founded in 2013, MoffettNathanson has a focus on technology, media and telecom research.

Moffett described the deal as a "giant leap forward" for MoffettNathanson, better positioning the firm and its analysts to gain insights into startup companies that are disrupting the large players in the industries they cover.

Will huge spending Build Back Biden? Not a chance
Technology