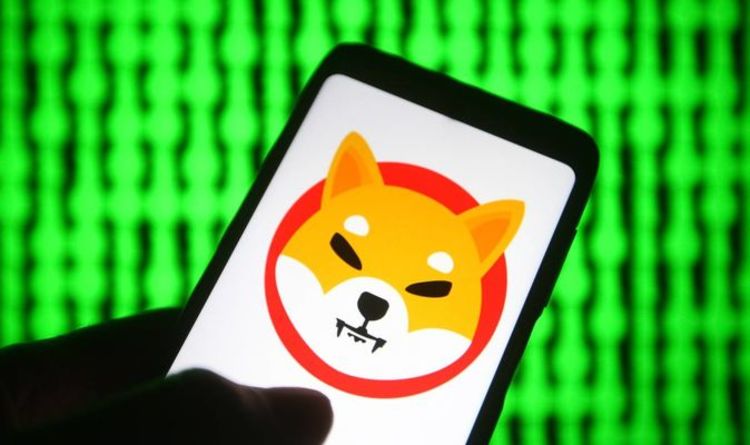 Shiba Inu value: What will Shiba Inu be worth in 2022?

Dogecoin’s success has rendered it the world’s most successful meme coin – but Doge isn’t far behind. Similarly inspired by the world of Shiba Inu dog memes and largely dismissed as a joke since it launched in August 2020, SHIB is worth $0.000006269 at the time of writing on July 25. This price, according to Coin Market Cap, has dwindled 3.49 percent in the last 24 hours. SHIB’s market cap stands at $2,474,989,230 at the time of writing, down 3.5 percent in the same period of time.

Mr Ehrlich said: “The Shiba Inu coin was recently added to the growing list of cryptocurrencies available for trading on the Voyager app.

“While SHIB was widely known as a light hearted meme coin, it’s become akin to DeFi cousin Dogecoin and has created a resoundingly strong community.

“Built on the ethereum network, Shiba Inu was designed to be completely community driven and governed, breaking away from traditional financial structures and remaining true to the core values or decentralised finance.”

The SHIB network is making moves as well, indicating it could be ready to go mainstream in the near future.

Mr Ehrlich added: “The Shiba Inu network also just released ShibaSwap, a decentralised exchange that allowed users to trade between SHIB and other tokens, as well as stake their coins to gain returns.

“Due to the network’s increasing utility, there is potential for SHIB to grow in terms of adoption and demand.”

This week, crypto went into a frenzy as Space X and Tesla CEO Elon Musk announced he only has holdings in three other areas – bitcoin, DOGE and ETH.

The short term price predictions for SHIB are incredibly broad.

However, different forecasters have different scales of growth predicted for Shiba Inu over the next year or so.

According to these predictions, SHIB’s value won’t exceed its current ATH [all time high] of $0.00003628 at any point during the next seven years.

According to Coin Price Forecast, the price of SHIB will be valued at:

For 2022 through to 2025, Cryptocurrency Price Predictions forecasts are even more bullish.

If this is to come true, it would represent an impressive annual percentage growth of 197.9633 percent.

CPP’s maximum price target for December 2025 is almost ten times higher than the asset’s current ATH of $0.00003628, suggesting the long-term prospects of SHIB are very strong.