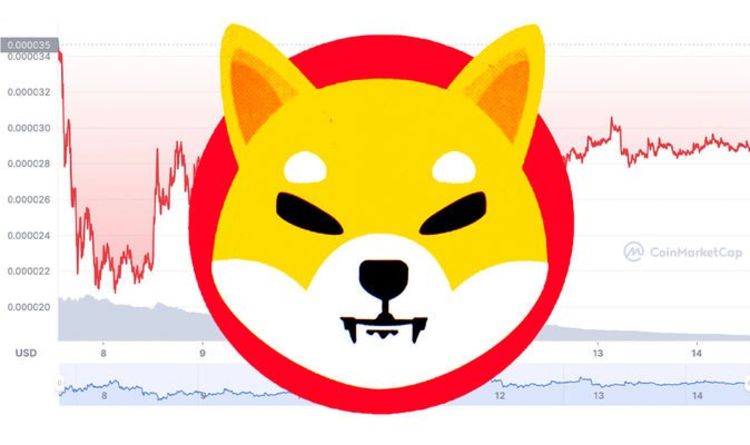 Shiba Inu became an unlikely competitor on the cryptocurrency market this year, rising from its perch in the lower rungs. The altcoin, alongside DOGE and several others, had growth rates that far outcompeted top performers Ethereum (ETH) and Bitcoin (BTC). Now it is falling, it has managed to keep more of its value than those top two competitors, but it has succumbed to the same market machinations.

Why is SHIB falling?

Shiba Inu coin started as a copy of joke coin DOGE this year but has quickly overtaken the popular altcoin.

SHIB cracked the top 20 most popular coins last week amid an unexpected rally, getting there in 14 months, 74 earlier than Dogecoin did.

It was hoped SHIB could reach $1 but the latest charts show its value has cratered into a downtrend in recent days.

CoinMarketCap, which tracks high performers on the cryptocurrency market, has the SHIB price trajectory marked in red.

Other established currencies, including market leaders ETH and BTC, have had similar value troughs.

They haven’t entered the red, but have struggled a bit, following a similar pattern to SHIB that seems rooted in a US government act.

President Joe Biden is moving towards enhancing cybersecurity in the US, which he recently accelerated by signing the K-12 cybersecurity act.

While the act doesn’t directly impact cryptocurrency, it marks growing momentum from the President that could eventually touch on the market.

Mr Biden has previously addressed the threat of illicit currencies, which caused the latest market downtrend earlier this month.

In early October, the President said his administration was “marshalling a whole-of-nation effort to confront cyber threats.”

Part of this move, he added, would be to stem the “illicit use of cryptocurrency” and “engaging on these issues diplomatically”.

The announcement appears to have frightened some traders, who likely sold over fears the US may extend its reach into the market as a whole.

SHIB has managed to stave off the worst of the downfall, however.