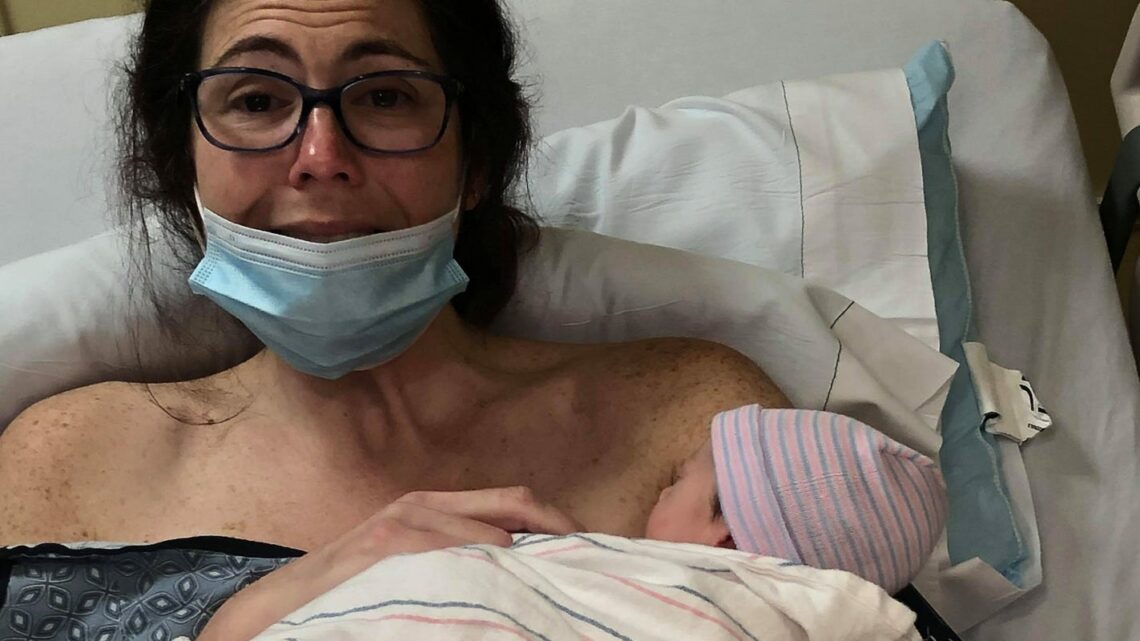 She thought she was passing a kidney stone. Then she had a baby in the toilet.

Looking back, Melissa Surgecoff says there were plenty of signs she was pregnant, but she believed she was passing a kidney stone in the toilet, not her first child.

Surgecoff, 38, said she had no idea she was pregnant when she began to experience cramping the morning of March 8 in the North Shore of Boston. Due to having a history of irregular menstrual cycles, Surgecoff thought her period was coming after missing it for five months.

“It wasn’t super alarming or a red flag, but I told myself this wasn’t normal,” Surgecoff told USA TODAY.

As the day progressed, Surgecoff said her cramps grew increasingly worse to the point where she called her mother to see if she could take her to the doctor. With each passing cramp she would get into the fetal position to attempt to alleviate the pain.

“I went to the bathroom to get ready to go to the hospital, and I saw blood,” Surgecoff said. “I thought it was a good thing because it really did mean I was getting my period.”

Melissa Surgecoff holds her son, Liam, at Salem Hospital in Boston. The new mother was unaware she pregnant when she gave birth at home on March 8. (Photo: Courtesy of Donald Campbell)

Pregnant women ‘didn’t have the data’ – until now: COVID-19 vaccines are safe and effective, even for babies, study shows

She called her mother back and told her she was fine, but as time continued the pain in her abdomen got worse. She began to sit on the toilet for relief.

“I’m sitting on the toilet screaming, and I’m telling myself this is way beyond a menstrual cycle,” Surgecoff said. “This has to be a kidney stone.”

Around 2 p.m., with her fiance Donald Campbell, 37, in the doorway, Surgecoff said she felt something release from her body.

“At this point, I still didn’t know it was a baby, so when I looked in the toilet I thought it was an organ,” she said.

Baby Liam came as a big surprise on March 8 when his mother, who was unaware she was pregnant, gave birth in a toilet at her home near Boston. (Photo: Courtesy of Donald Campbell)

Campbell then went into the bathroom to check out the organ Surgecoff thought she passed, and to his amazement, realized it was baby.

“I started to pick it up very slowly and realized it wasn’t breathing at all,” Campbell said.

Campbell said he remembered watching “Rescue 911” and learning to clean out the nostrils and eyes of a newborn baby. Campbell began the process with his sweatshirt and after about 10-15 seconds, the baby began to breathe.

Moments later, EMTs from Salem Hospital arrived and took Surgecoff and the baby to the hospital. Campbell followed behind.

Although they were in shock, the couple is happy their son, Liam, was healthy.

“Looking back at it now there were clear-cut signs I was pregnant,” Surgecoff said. “I had swollen feet, weight gain, heartburn, and if I put all the signs together I would have known.”

“This is our first and probably last child,” Campbell said.