An internal TSA memo reveals a so-called “food truck loophole,” which shows that catering companies serving aircraft carriers at airports are inspected by private contractors that are hired by airlines.

A major security loophole at airports may be putting passengers at risk.

An internal TSA memo reveals a so-called “food truck loophole,” which shows that catering companies serving air carriers at airports are inspected by private contractors that are hired by airlines.

Before the food is airborne and served to passengers, a FOX Business investigation shows the TSA does not do a random inspection of the carts upon entering the secure airport area.

“It’s security theatre. We’re spending all this manpower and hours patting down children, elderly, veterans in wheelchairs, but the airport workers, who could be motivated by greed, can smuggle whatever it needs past security,” said former air marshal Robert MacLean.

That leaves the private contractors as the one line of defense to prevent threats from being smuggled onto catering carts. 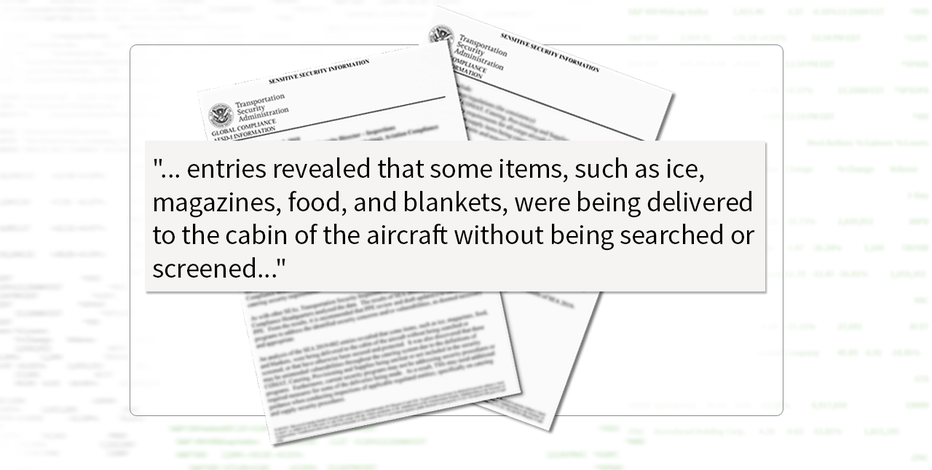 A TSA memo obtained by FoxBusiness details some security issues with food, ice, blankets and magazines on planes.

A trove of internal TSA audits shows the private companies hired by airlines to inspect the carts failed to follow protocol at an alarming rate.

In a 2018 audit of Flying Foods Catering, which serves planes flying out of New York's JFK Airport, 95 percent of security contractors failed to correctly screen the catering carts before disembarking on flights.

An audit of 212 catering sites across the country show 150 failed to follow established protocols.

The TSA is taking a second look at their screening process for catering, explaining the memo is not in direct response to FOX Business' reporting. 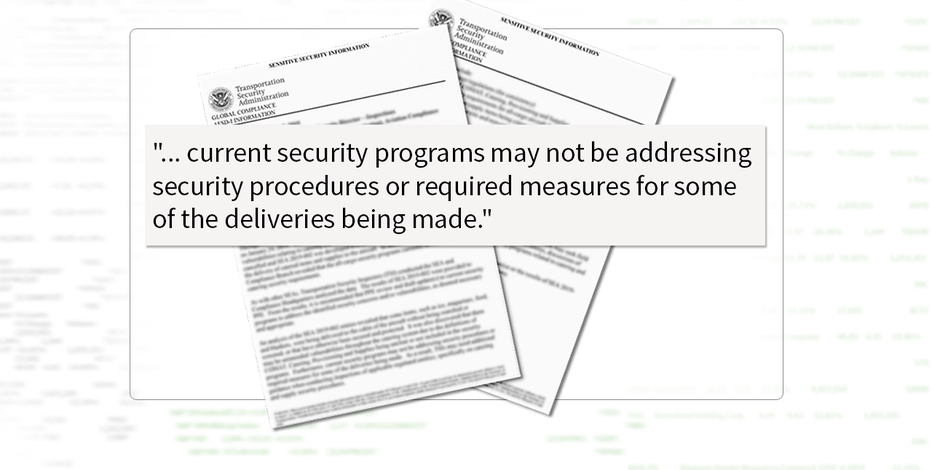 Instead, the agency said the memo was in response to a special assessment that happened this spring.

The assessment unveiled the agency not only had a problem with food security checks, but also other items including ice and blankets that were never searched before heading to the main cabin of the aircraft on outbound flights.

An air stewardess covering with a blanket a sleeping woman. (iStock)

Flying Foods Catering did not respond to FOX Business' questions about their protocols.

It’s unclear when a solution will be implemented to decrease the security vulnerability.