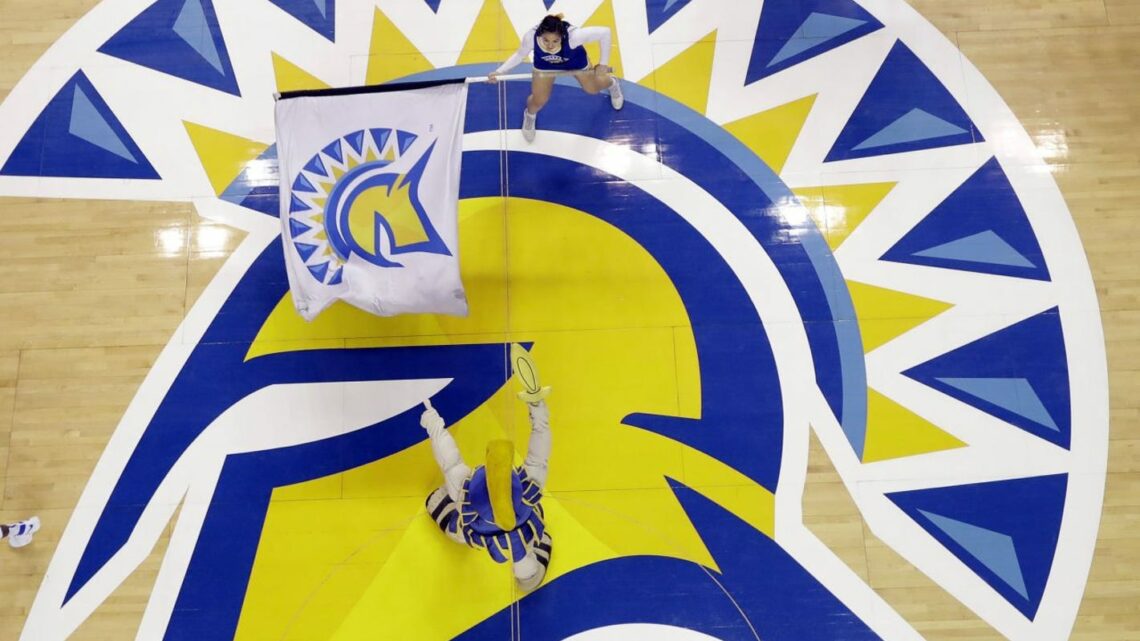 Exactly one year after his firing from San Jose State University after resisting orders  to discipline the whistleblower in a sexual abuse case, the former deputy athletic director is suing for wrongful termination and retaliation.

Steve O’Brien is seeking damages in excess of $25,000 in his lawsuit filed Tuesday in Santa Clara County Superior Court. Defendants include the school’s trustees and O’Brien’s former boss, SJSU athletic director Marie Tuite. The suit follows a notice of intent to sue that O’Brien filed in September.

O’Brien alleges that Tuite instructed him to reprimand swim coach Sage Hopkins for dubious reasons when the coach resurfaced sexual abuse allegations from a decade ago by 17 female swimmers against Scott Shaw, the San Jose State director of sports medicine who resigned in August. USA TODAY first reported the allegations in April.

O’Brien has since taken a job as Senior Assistant Dean for External Relations with the Santa Clara University School of Law.

“O’Brien was punished for doing the right thing,” Tamarah Prevost, an attorney for O’Brien, said in a statement. “He stood up for those trying to protect mistreated female student-athletes and it cost him his job.”

San Jose State and the CSU System did not immediately respond to requests for comment. Tuite did not respond to a phone call and a text message seeking comment.

O’Brien’s lawsuit comes four days after a series of Title IX investigations overseen by the California State University System found Shaw responsible for sexual misconduct. Specifically, it found he inappropriately touched at least six swimmers, and possibly others, according to Shounak Dharap, an attorney who represents some of the women.

At least 13 SJSU female athletes, including two current athletes, testified that Shaw massaged their breasts and groin areas, often beneath their undergarments, when they sought treatment for other parts of the bodies.

San Jose State reopened its investigation into Shaw in December 2019, after Hopkins circulated a nearly 300-page document among university, Mountain West and NCAA officials that detailed the allegations, the school’s response, and his claims of retaliation against him and his team for reporting and re-reporting them. Two months later, Hopkins raised concerns about the quality of the new investigation, specifically accusing Tuite and senior associate athletic director Eileen Daley of covering up evidence he’d provided them, the lawsuit says.

Shortly after Hopkins raised these concerns, Tuite ordered O’Brien to discipline the swim coach. The reason: Hopkins had sent an email to Daley that allegedly expressed “aggression” and made her feel unsafe, the lawsuit says. Tuite delegated the duty to O’Brien, the lawsuit says, because her role in the Title IX investigation presented a conflict of interest.

“Rather than risk being identified as actively interfering with the investigation against her, she ordered O’Brien to retaliate against Hopkins on her behalf,” the lawsuit says.

When O’Brien asked to see the emails, Joanne Wright, San Jose State’s senior associate vice president for personnel, refused to provide them, the lawsuit says. O’Brien said he stressed his concerns that disciplining Hopkins could be construed as retaliation against a whistleblower, but that Wright responded by asking O’Brien if he was refusing to do his job.

O’Brien said he “immediately understood that SJSU was giving him a ‘no-win’ choice to either discipline Hopkins on Tuite’s behalf and risk retaliating against a whistleblower, or refuse to take Tuite’s directive, and appear insubordinate.” O’Brien reported his concerns to the CSU System general counsel’s office but did not receive a response.

O’Brien ultimately carried out Tuite’s orders in a February 2020 meeting with Wright, Hopkins and his union representative. But when pressed by Hopkins, O’Brien conceded the disciplinary measures could be interpreted as retaliatory, the lawsuit says. O’Brien said Wright then abruptly ended the meeting and accused him and Hopkins of colluding.

Later that month, Tuite stripped O’Brien of all his responsibilities except fundraising and barred him from attending the Mountain West women’s basketball tournament that he had planned and was coordinating, the lawsuit says. Two days later, Tuite fired him, saying only that he “did not meet [her] expectations.”

“The reality is that O’Brien would not participate in Tuite’s cover-ups, and she fired him as a result,” the lawsuit says.

O’Brien appealed the decision to Tuite, and then to San Jose State President Mary Papazian, both of whom declined to overturn it.

Also contributing to O’Brien’s firing was his resistance to Tuite’s separate orders to discipline Rasmussen, the compliance director who resigned from San Jose State in December. He is now the director of track and field at Brigham Young University.

Rasmussen in late 2019 and early 2020 separately investigated allegations that one athlete had made more than 170 sports gambling bets, and that another athlete had smoked marijuana, in violation of NCAA rules, the lawsuit says. After initially agreeing with Rasmussen’s investigations, Tuite later objected to his “process” after receiving complaints from the first athlete’s parents and the second’s coach.

That January, O’Brien expressed his concerns with Wright about “a culture of retaliation against compliance within the Athletic Department,” citing these examples and others, the lawsuit says. Two days later, Tuite demanded O’Brien issue a negative performance review of Rasmussen, which O’Brien believed was unjustified and retaliatory.

O’Brien again wrote Wright, saying that he was “being directed by Marie [Tuite] to put something in the review that I believe to be factually untrue.” He also raised concerns with other top administrators, including Papazian’s chief of staff, Lisa Millora, and the general counsel’s offices at San Jose State and the CSU System, the lawsuit says.

O’Brien says it was clear that Tuite and San Jose State perceived him to be on the “side” of the two whistleblowers, Rasmussen and Hopkins, and fired him because of it.

“Steve O’Brien tried to protect a process that would get to the truth of what happened at SJSU,” Christopher Boscia, another attorney who represents him, said in a statement. “He tried to give voice to those who have gone unheard for too long. Instead of firing him, SJSU should have thanked him for stepping up on behalf of those student-athletes and coaches.”

In January, a separate CSU System investigation found Tuite responsible for retaliating against Hopkins by directing his supervisor to give him a low rating on his 2020 performance review as a result of his reporting of the allegations to outside entities, according to a copy of the investigation notice, which USA TODAY obtained. Tuite has the opportunity to appeal the finding.

The U.S. Department of Justice’s Civil Rights Division also is investigating the university’s handling of the allegations in 2010, four people who have spoken with the investigators told USA TODAY. The people described the topics they discussed under the condition of anonymity out of concern for jeopardizing an ongoing legal matter. Sportico first reported on the existence of the investigation.

The FBI also launched a criminal inquiry into Shaw’s conduct, two people who have spoken with investigators confirmed. They spoke to USA TODAY anonymously for the same reasons. The FBI’s press office declined to comment.

Biden administration argues migrant surge is a 'challenge,' not a 'crisis'