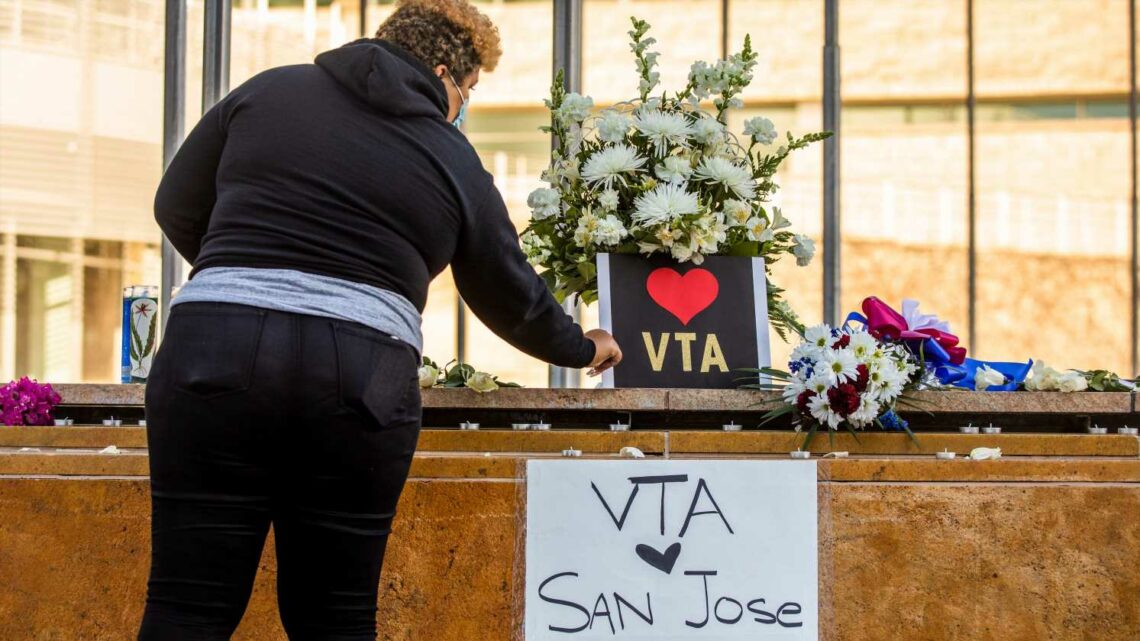 Officials are expected to continue gathering information Thursday after a gunman opened fire at a light rail yard in San Jose, California, killing at least eight people. Police spokesman Russell Davis said the shooter, a rail yard employee, died of a self-inflicted gunshot wound. He said that other employees were among the victims. Santa Clara County Sheriff Laurie Smith said bomb dogs alerted officers to the presence of explosives on the scene and a bomb squad was clearing buildings with a robot. “There are many, many components that we’re continuing to discover,” Smith said. San Jose Mayor Sam Liccardo said on Twitter that a vigil honoring the victims would take place at City Hall Plaza at 6 p.m. PT on Thursday.

The proposed 9/11-style panel to study the U.S. Capitol riot on Jan. 6 could be scuttled in the Senate as early as Thursday. Democrats have been pressing for a bipartisan review of the attack, but Republicans worry that it will be used as a weapon against them in the 2022 elections. Democrats would need at least 10 Republicans to join them to overcome a potential GOP filibuster of legislation creating the commission, and even among the seven Republicans who voted to convict former President Donald Trump of inciting the insurrection, opinion is divided.

Opposition in the Senate could be enough to torpedo the bill, seen by Democrats as necessary to review the attack by a pro-Trump mob.

Amid negotiations with GOP, Biden to tout infrastructure plan in Ohio

President Joe Biden will be in Cleveland on Thursday looking to reassure Americans that the economy is rebounding, and sell his infrastructure plan. His speech aims to counter a narrative pushed by Republicans, who have pointed to rising inflation as a sign he is moving the economy in the wrong direction with his big-spending measures. Biden’s latest address comes as Senate Republicans plan to increase their offer to an infrastructure plan that totals nearly $1 trillion Thursday. The GOP already rejected Biden’s slimmed-down $1.7 trillion plan last week. This may mark the final attempt at bipartisanship before Biden’s self-imposed Memorial Day deadline for progress and it comes as some members of his own party are growing restless and questioning how much longer his bipartisan negotiations should continue.

The U.S. funds infrastructure differently than a lot of other countries, relying more on state and local spending. Here's why it's faring so poorly.

A new World Meteorological Organization forecast released Thursday says large parts of land in the Northern Hemisphere will be 1.4 degrees warmer than recent decades and that the drought in the Southwest will continue. The meteorologists also predict a 90% chance that the world will set yet another record for the hottest year by the end of 2025 and the Atlantic will continue to brew more potentially dangerous hurricanes than it used to. In addition, there’s a 40% chance – up from 20% last year – that the world will get so hot in the next five years that it will temporarily push past the temperature limit the Paris climate agreement is trying to prevent. The new report comes on the heels of California and the U.S. government announcing an agreement to open up the Pacific Coast’s first commercial wind energy farms. The pact was touted as a breakthrough to help ambitious climate change goals be reached through clean energy production.

The Paris climate agreement aims to combat global warming, but some politicians think it’s unfair to Americans. Here's why the U.S. has rejoined.

The cast of “Friends” finally got back together in front of the camera for some reminiscing and a lot of fun. “Friends: The Reunion,” the long-awaited, much-hyped reuniting of the six original cast members of the long-running NBC sitcom “Friends,” hit HBO Max early Thursday morning. Jennifer Aniston, Courteney Cox, Lisa Kudrow, Matt LeBlanc, Matthew Perry and David Schwimmer, who starred in the hit series that ran from 1994-2004, gathered for a sweet and emotional unscripted reunion on the Warner Bros. lot earlier this spring. The reunion special also features bloopers clips from famous fans, and even the actors re-reading some old scenes together.

Will The Regulatory Catalyst Impact These 3 Small-cap Pharma Stocks This Month?