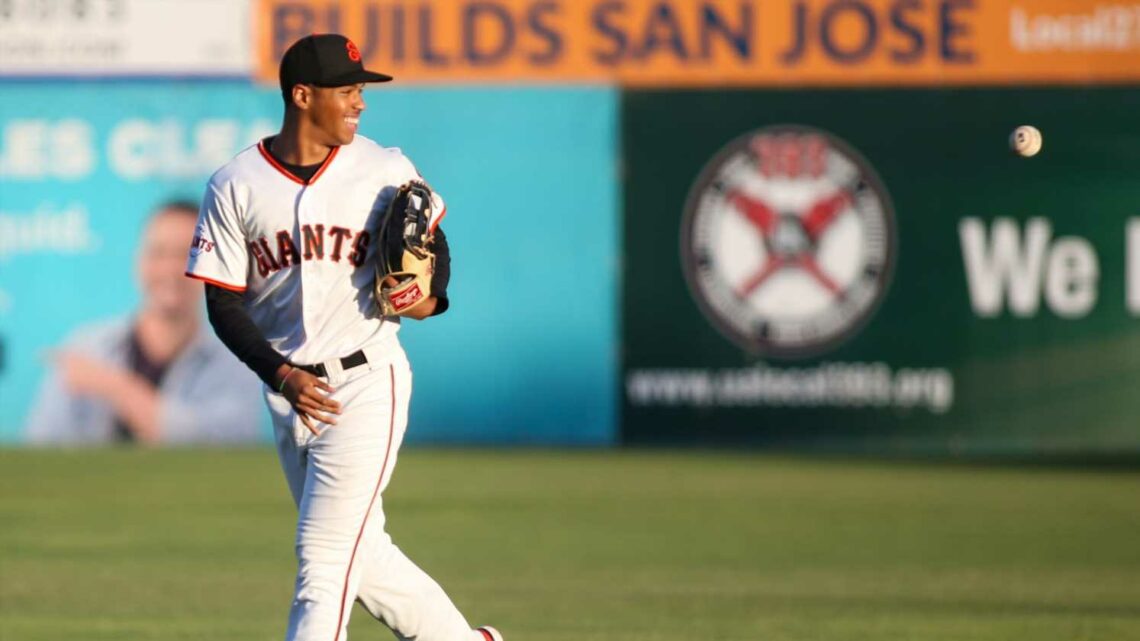 Laura Torres tunes in from her home in Puerto Rico every time her boyfriend, Edison Mora, has a baseball game with his team in the United States. As Mora steps up to bat, Torres sees him make a small gesture, the sign of a kiss on the cheek, before he gets into position.

The gesture is meaningless to anyone else watching, but for Torres, it is an affirmation. It is a sign she and Mora came up with that means he is thinking about her while he plays.

"When he told me [he thinks about me], I was so excited, and he said 'Let's do a sign,'" she said in an interview with USA TODAY Sports. "I told him a kiss on the cheek, like I was kissing him every time he did something. The first time he played and did it, I was so excited."

Mora, a shorstop, was selected in the seventh round of the 2018 MLB draft by the San Francisco Giants, and he currently plays in the Arizona League for the AZL Giants Black. He also played previously with the Single-A San Jose Giants.

Because of Mora's baseball schedule, the couple goes three to seven months a year without seeing each other, and because of COVID-19 travel restrictions, Torres has not been able to visit him in the States like she has in past years. However, the couple is no stranger to overcoming disaster — they met just before Hurricane Maria devastated Puerto Rico in September 2017.

"We met at a party because we had mutual friends," Mora said. "We started texting like, a week before the hurricane. Then we didn't have electricity, so we didn't talk for a couple of months. Then, I don't know how, but she added me on Snapchat. We haven't stopped talking since."

Before she and Mora began dating, Torres said she knew almost nothing about baseball, but has slowly learned more by watching him play. Mora said the sign of the kiss on the cheek is his way of thanking his girlfriend for watching his games despite the time difference and her own busy schedule.

"It's awesome, because I know she appreciates me," he said. "She uses the time I'm not talking to her, and she keeps watching me. That has a big meaning to me."

The sign also serves as an incentive for Mora to perform well so he will get a moment on camera when Torres will be able to see him.

"It makes me feel so special because when he's playing, he supposed to be thinking about the game," Torres said. "I don't want to distract him, but he told me I was not distracting him, I was motivating him. That motivates him to get a hit or do a good play and do the sign like he was doing the play for me."

A woman in Thailand heard loud noises in her kitchen. She found an elephant looking for food.