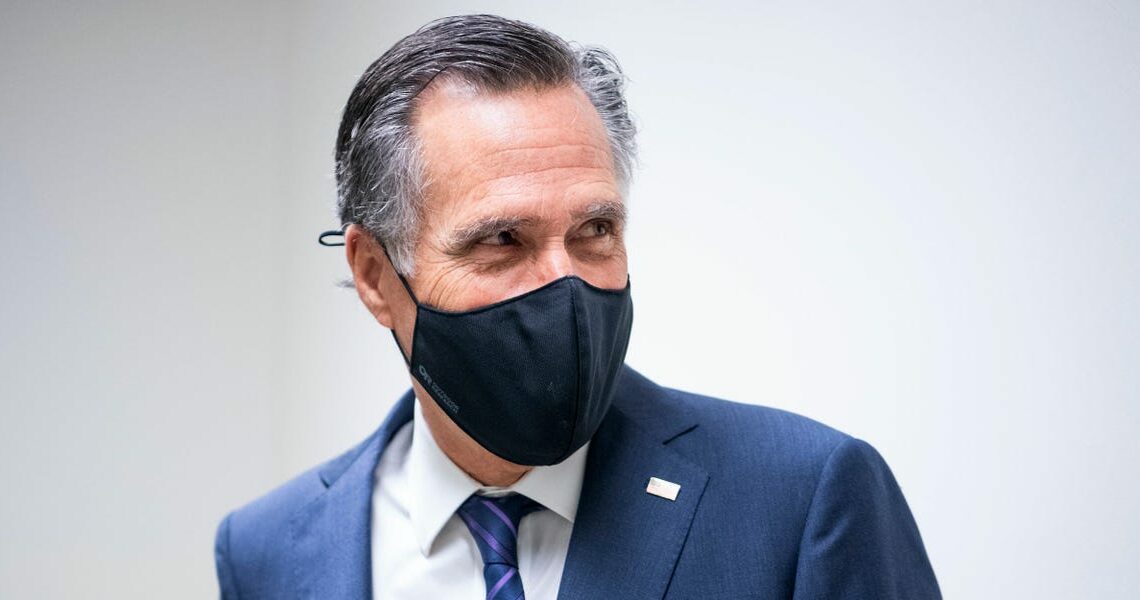 GOP Sen. Mitt Romney has made an ambitious proposal to offer a near-universal annual child allowance of $4,200 for children under age 6, and $3,000 for children aged 6 through 17. Currently, the federal government offers tax credits to parents with children, but they are smaller than this and, crucially, you have to earn some income to qualify for them, so they don’t go to the very poorest families.

Romney’s plan also would be administered by the Social Security Administration instead of the IRS, which sounds like a trivial detail, but it’s important because it would ensure higher participation (currently, only about 80% of people who are eligible for the child credit actually get it, partly because you need to file a tax return to claim it) and make it possible to pay the benefit monthly instead of annually.

This would have a huge effect on child poverty. According to an analysis from the centrist Niskanen Center think tank, Romney’s plan would cut the number of children living in poverty by a third and the number living in deep poverty by half.

Romney’s plan is similar in many ways to one President Joe Biden has proposed, and is actually more generous. It provides a benefit payable during pregnancy, and a larger benefit for young children. Romney’s plan is also probably available to more middle-and upper-middle income families than Biden’s will be (the details of the president’s plan have not been rolled out). Despite the small differences, this seems like a ripe area for bipartisan cooperation.

But there is one problem: it’s not clear how that many Republicans will be willing to sign on to Romney’s plan.

Even Republicans who have previously advocated expansions of government support to families with children, like Sens. Marco Rubio and Mike Lee, object to Romney’s plan. They say the plan is anti-work because it gives money to the poorest parents, who are not employed. Scott Winship, who directs poverty studies at the conservative American Enterprise Institute, says Romney’s plan “would take us back to the bad old days in key ways,” referring to the days before the 1990s reforms that drastically reduced cash welfare and tied what benefits remained to work requirements.

I’m a little confused about what exactly he’s saying was bad about those days, because Romney’s proposal is very different from the old cash welfare programs in a way that I understood conservatives to care deeply about.

The Romney plan is pro-work

There are two ways that welfare benefits might reduce how much people work.

One way is by penalizing welfare recipients from working and earning money. As they work and earn, they lose eligibility for benefits, and that loss of benefits acts as a tax (often a very high tax) on their labor income. If you can barely get ahead by working instead of not working, why work?

This is a real problem, and the Romney plan is designed to avoid it by letting parents keep the child allowance all the way through middle class incomes. They don’t have to worry they’ll lose it because they earn too much money.

Romney’s child allowance would only start phasing out above incomes of $200,000 for single parents and $400,000 for married couples, which means the vast majority of parents would be eligible, and working more would have no impact on your allowance unless you were quite affluent.

Now, there is another way that a child allowance could discourage work. With a bit more income, people might not feel the need to work so many hours to meet a desired standard of living, and so they might choose to spend less time working and more time on something else, such as leisure or childcare.

First I would note that this might be a good thing. If a child allowance helps low-income parents achieve a better balance of work and life — including spending more time with their children — that’s good.

That said, it is possible that some parents who would otherwise work would instead choose to subsist just on the child allowance and other benefits, a choice that could harm their and their children’s long-term outlook. But how many people would actually be likely to do that, and how does that problem compare to the benefit of reduced poverty?

The estimates don’t give a lot of reason to worry

In arguing against the Romney proposal, Winship’s colleague Angela Rachidi points to a 2019 report from the National Academy of Sciences that looked at a wide variety of approaches to child poverty. And one of those approaches was a child allowance similar to Romney’s proposal, but with a less generous benefit for young children and with a benefit phaseout starting at a moderate income level instead of Romney’s high level.

As Rachidi notes, an economic model estimated that this policy would cause Americans to work about 280 million fewer hours per year. That sounds like a big number, but Americans worked nearly 260 billion hours in 2019, so it would represent only about a 0.1% reduction.

The NAS report estimates about 150,000 people would quit working entirely because of the child allowance — not necessarily a bad thing, especially in the case of parents with spouses who do work — and about 6 million more would reduce their work hours by at least one hour per week. (In non-pandemic conditions, there are ordinarily about 150 million workers in the US.)

So, compare that to the benefits: over 5 million people would be lifted out of poverty, including nearly 3 million children. In that context, we’re really that bothered by pushing 150,000 parents out of the workforce?

Simplicity is something liberals and conservatives can get behind

Romney proposes to create this allowance without growing the deficit by eliminating various other programs and raising taxes. A lot of liberals who like his allowance plan aren’t crazy about his pay-fors, but they probably should like them more than they do.

Romney would eliminate the income tax deduction for state and local taxes paid, which was already sharply curtailed in the 2017 tax law. Democrats tend to favor this deduction because it reduces political and economic resistance to state taxes (a significant concern for public employee unions) and because the deduction is especially valuable in high-tax blue states. But the deduction mostly benefits higher earners, so dropping it in favor of more benefits to families with children would make the tax code more progressive.

Romney would eliminate existing child tax credits, since his new program replaces them. He would eliminate head-of-household tax filing status, a policy whose benefits are concentrated among higher-earning single parents. And he would also reduce the Earned Income Tax Credit and abolish Temporary Assistance to Needy Families, which is the hollowed-out shell of the old welfare program that was “reformed” in the 1990s.

The increase in child benefits would be much larger than the reduction in benefits due to these moves, according to Romney’s estimates. That said, liberals are understandably wary about eliminating existing assistance programs for the poor.

But the excess complexity of these programs is a reason to prefer Romney’s simplified approach. Like the child credit, significant numbers of people currently eligible for EITC and TANF do not receive them because of the logistical complexity of claiming the benefits. One big, simple program would have a much higher chance of reaching all of its intended recipients.

A child allowance would also be easier for recipients to understand than existing programs. And because the phaseouts in Romney’s plan would apply only at high incomes, low-income households would not have to worry about how changes to their financial situation (including taking a job or changing jobs) would affect their eligibility.

What was the problem with welfare?

Romney’s proposal — which, as New York Magazine’s Eric Levitz notes, is pretty striking coming from a guy who nine years ago ran for president on an anti-“takers” platform — effectively acts like a bluff call for conservatives, many of whom have spent years talking about the importance of government policies that support families and encourage people to have children.

His proposal would significantly reorient our tax and benefit structure in a way that rewards parents with children, and would make the lives of parents already raising children easier. And his plan would move in the direction conservatives said they wanted regarding income support programs. By avoiding a low phaseout, Romney reduces the extent to which our public policies create “poverty traps” where people who earn more money are penalized through reduced benefits.

But what was conservatives’ concern about welfare? Was it that, by giving people a choice between working and the dole, welfare would foster dependency and trap people in non-employment? Romney’s plan doesn’t do that. Or was it that benefits to people with very low incomes would make them less desperate, with that reduction in desperation flowing through as less willingness to work? Well, Romney’s plan might do that, but probably only a little bit.

And why is that so bad?