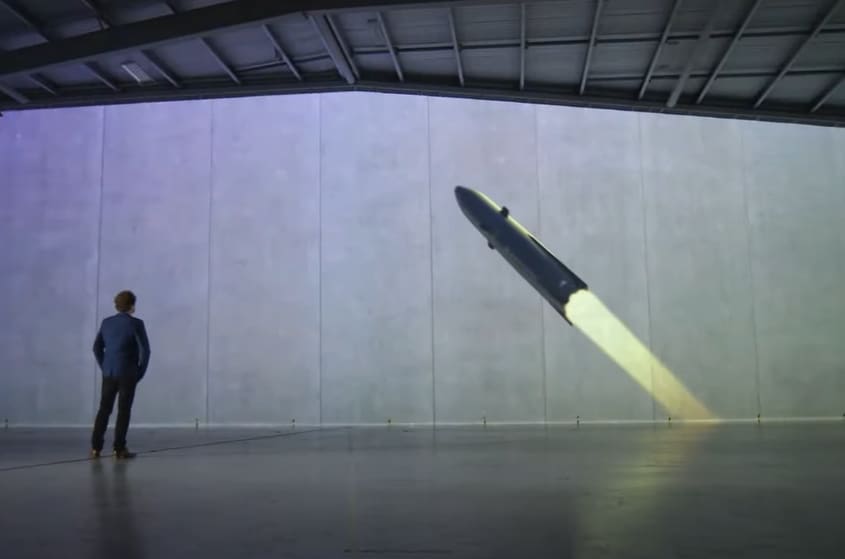 Rocket Lab on Thursday revealed more about the larger, more powerful Neutron rocket it is developing.

"This is Neutron. It is an absolute beast," Rocket Lab CEO Peter Beck said in a webcast presentation.

Neutron is designed to be 131 feet tall and 23 feet in diameter, and it's targeting a maximum payload capacity of 15,000 kilograms to low Earth orbit. For reusable launches, Neutron will be able to carry up to 8,000 kilograms to low Earth orbit. These are the first details given about the new rocket since the company announced it announced plans for it earlier in the year.

The company previously said it expects Neutron to launch for the first time by 2024.

The launch marketplace is divided into three sections: small, medium and heavy lift. Neutron will target that middle section, while Rocket Lab's existing Electron rocket fits in the small segment.

While SpaceX's Falcon 9 rocket can lift up to 22,800 kilograms to low Earth orbit, Neutron will compete to launch many of the same spacecraft that Elon Musk's company is currently delivering to space.

Similar to the Falcon 9, the first stage of Neutron is reusable — but that's where most of the similarities end. While SpaceX occasionally lands its Falcon 9 boosters back near the launch site, Neutron will exclusively do so.

"Neutron does not land on a barge — it is a return-to-launch-site vehicle," Beck said.

Rocket Lab is also developing a new engine for Neutron called Archimedes. Beck touted Archimedes' design as "very simple," with "all the things you want when you have to build an engine that can be reused over and over again."

Seven Archimedes engines power Neutron's first stage to orbit, with an eighth one propelling the upper stage once in orbit.

"Archimedes will breathe its first fire next year," Beck said.

Another unique feature of the Neutron's design is the fairing, or nosecone. Nicknamed the "Hungry Hippo fairing," the company designed it to stay connected to the rocket's body, rather than disconnect and fall back into the atmosphere as current rockets do.

Neutron's fairing will open, deploy the upper stage, then close for the return trip to land.

"The answer is not throwing away the fairings where you're trying to catch them – the best way is to never get rid of them in the first place," Beck said.