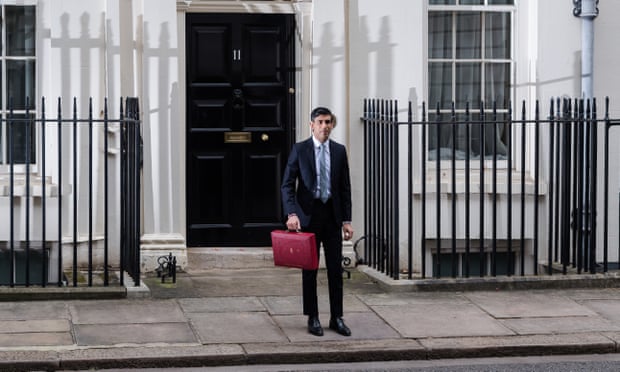 Imagine that the UK established a fully functioning department of the economy. Imagine it was led by a Cabinet heavy-hitter with the clout to resist the Treasury’s desire to strangle the new ministry at birth. Run with the idea for a moment that this new arm of the state had the task of tackling long-term challenges: weak investment, poor productivity, the north-south divide, and the transition to a net carbon-zero economy.

Now stop day-dreaming and wake up to the real world. There have been attempts in the past to siphon off some of the power of the Treasury to a new ministry – most famously the creation of the Department for Economic Affairs by Harold Wilson after the 1964 election. Wilson put George Brown, a heavyweight, in charge but it was still killed off with relative ease by the Treasury.

Michael Heseltine’s spell as president of the Board of Trade in the mid-1990s briefly held out the prospect of a different approach, but the Treasury’s dominance over the entire domestic policy agenda (welfare, regional policy, employment, as well as financial matters) became even more marked when Gordon Brown arrived there in 1997.

More long-term thinking is needed to protect the UK economy

A similar power grab is happening today. Rishi Sunak is both minister of finance and the minister of the economy. Establishing a northern branch of the Treasury in Darlington is a way of demonstrating that he intends to oversee the government’s levelling up agenda. Likewise, it appears the chancellor – rather than the business secretary, Kwazi Kwarteng –will be responsible for industrial strategy.

In one way, this is a good thing because the Treasury wields the power that Kwarteng’s so obviously lacks. But that assumes the Treasury can think strategically about how to solve Britain’s economic problems and – on past form – it can’t. Some of the decisions made in last week’s budget highlighted beautifully how short-term financial imperatives trump long-term economic planning every time.

There were two big announcements affecting business in the budget: the decision to raise corporation tax from 19% to 25% in 2023 and the introduction of 130% capital allowances for any investment that takes place in the next two years.

On the surface, this represents a real break with the past because going all the way back to Nigel Lawson in 1984, chancellors have considered that lower corporation tax is a better way to encourage investment than capital allowances. As Sunak noted in the aftermath of his budget, there is scant evidence that reducing corporation tax from 28% to 19% since 2010 has had the desired effect. Investment as a share of GDP has flatlined over the past decade and has fallen markedly since the 1980s.

True, some of the fall may be due to the under-reporting of investment in human capital but there is certainly an argument for trying a different approach. As Professor Peter Spencer, of York University said in a recent paper, the Lawson reform “favoured service industry at the expense of capital-intensive manufacturing industry and so added to the imbalances in the economy caused by globalisation.”

Spencer says that chancellors have recognised the importance of providing incentives for R&D but the lack of similar incentives to invest in new plant and machinery has meant ideas worked up in the UK are turned into products overseas. The 130% tax relief for investment – Sunak’s “super deduction” – has the potential to boost productive capacity and – since the northern regions are the most reliant on manufacturing – change the UK’s economic geography. Spencer points out – rightly – that investment doesn’t only benefit the individual firm; there are spillover effects because new ideas and practices percolate through the economy.

There are, though, some obvious design flaws in Sunak’s plan. One is that there will be a large amount of deadweight cost – the taxpayer subsidising investment that would have happened anyway.

But the bigger problem with the super deduction is that it only lasts for two years and is so obviously a short-term fix to prevent businesses putting off investing until 2023, at which time they would be able to set some of the cost against the higher 25% rate of corporation tax rather than the current rate of 19%. As a wheeze to prevent the recovery being entirely consumer-led the super deductor is exactly what is needed. As an answer to levelling up it is a dud because that will involve a culture change rather than a here-today, gone-tomorrow tax break.

If the UK had a fully functioning economics ministry it would be making the following argument. Britain has invested too little for too long. What investment there has been has tended to be in services rather than manufacturing. The result has been poor productivity, the proliferation of low-paid jobs, a permanent deterioration in the balance of trade, and a shift in the economy’s centre of gravity from north to south. The current balance of corporation tax and allowances has failed to turn things around. These long-standing trends now have added piquancy by deglobalisation, Brexit and Covid-19, all of which point towards the onshoring of production to make the case for a stronger industrial policy. That, though means having a policy horizon of the next two decades rather than of the next two years. Britain is going to become a singularly unattractive place to invest in 2023 when the super deduction disappears and corporation tax is whacked up by six percentage points in one go. There will be nothing to dissuade innovators such as James Dyson from building their next manufacturing plants in Asia even if they do their R&D here.

To which the Treasury has an answer: the cost of the super deductor is £12.5bn a year and can’t be afforded indefinitely. That mentality – now as ever – sums up the problem.