The company revealed in June its bookings were actually higher than they were a year ago, before the pandemic put a stranglehold on the broader travel industry.
“There’s this really new trend where traveling and living are starting to blur together,” the company’s CEO, Brian Chesky, told CNN Business’ Richard Quest on Thursday. “People are booking for weeks at a time or even months at a time.” 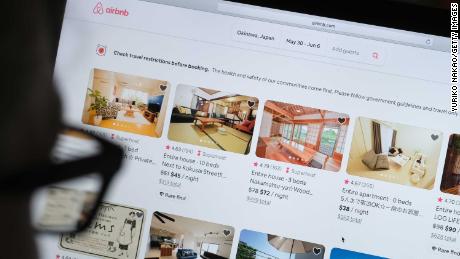 He suggested most of those bookings are from people looking to break up the quarantine boredom.
Travelers are “not crossing borders, they’re not traveling for business — but what they’re doing is they’re getting in a car, and they’re going for two or 300 miles to nearby destination dive destinations, and they’re staying at home,” Chesky said. “And this has been something that’s really been a huge and welcome surprise for Airbnb.”

People who want to get away from home see an Airbnb as a social-distancing friendly alternative to staying at a hotel or in large cities, Chesky added. And the boom in business has spurred Airbnb to continue planning to make its stock market debut later this year, despite ongoing market volatility. 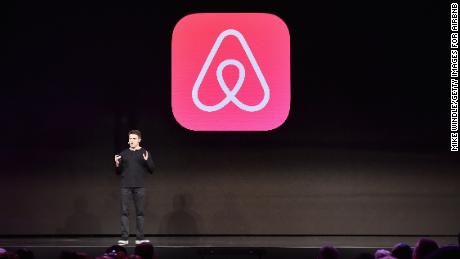 “We started this year we were planning on going public, and the pandemic hit and it seemed inconceivable that this company will go public,” Chesky said. “But what I will say is that the business is so much more resilient than I think any of us even gave ourselves credit for.”
Airbnb’s IPO plans have faced skepticism: Though the company said it was profitable in 2017 and 2018, setting it apart from many other unicorn companies that have bled money before and after going public, it reportedly started losing money in 2019. Meanwhile, Wall Street is growing increasingly wary of so-called tech “unicorns,” which are companies that reach massive private valuations only to flop on the stock market when the public has more access to their financial details.

And Airbnb’s turnaround didn’t come without its drawbacks, as the company said in May that it would lay off about 1,900 workers — a quarter of its staff.
Like other emerging “gig economy” startups, Airbnb has faced a number of regulatory battles and negative attention for safety-related issues.
Source: Read Full Article