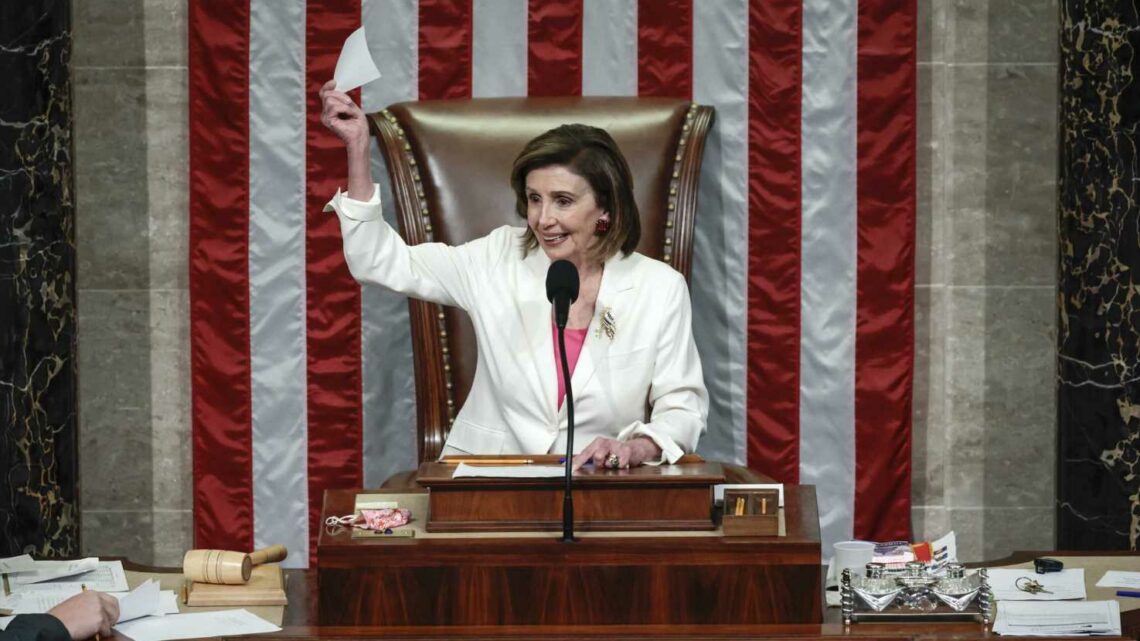 The House of Representatives passed legislation Friday that would curb how wealthy Americans use retirement plans.

The new rules are part of a broad restructuring of the tax code tied to the $1.75 trillion Build Back Better Act, which would represent the largest expansion of the social safety net in decades and the largest effort in U.S. history to fight climate change.

House Democrats passed the bill along party lines, 220-213. It now heads to the Senate.

More from Personal Finance:
Billionaires like Peter Thiel may be spared big IRA tax bill in latest Build Back Better plan
52% of workers feel they're behind on retirement savings
Retirees are 'unretiring' — and that's good for the labor market

Wealthy individuals with more than $10 million in retirement savings would have to draw down their accounts each year, in a new type of required minimum distribution, or RMD. Lawmakers would also close "backdoor Roth" tax loopholes, used largely by the rich, and prohibit further individual retirement account contributions once those accounts exceed $10 million.

The measures are aimed at curbing the use of 401(k) plans and IRAs as tax shelters for the wealthy.

The retirement proposals were included in an initial House tax proposal in September. However, the White House stripped the retirement-plan rules from a legislative framework issued Oct. 28 after lengthy negotiations with holdout members of the Democratic party, who were concerned about some tax and other elements of the package.

Some of the earlier retirement proposals didn't re-appear in the new iteration, however.

For example, the initial legislation would have disallowed IRA investments like private equity that require owners to be so-called "accredited investors," a status tied to wealth and other factors. And some of the rules the House passed Friday would kick in years later than originally proposed.

The legislation is still subject to change in the Senate, where Democrats can't afford to lose a single vote for the measure to succeed due to unified Republican opposition.

Currently, RMDs for account owners are tied to age instead of wealth. Roth IRA owners also aren't subject to these distributions under current law. (One exception: inherited IRAs at death.)

The House legislation would add to those rules, asking wealthy savers of all ages to withdraw a large share of aggregate retirement balances annually. They'd potentially owe income tax on the funds.

The formula is complex, based on factors like account size and type of account (pretax or Roth). Here's the general premise: Accountholders must withdraw 50% of accounts valued at more than $10 million. Larger accounts must also draw down 100% of Roth account size over $20 million.

The distributions would only be required for individuals whose income exceeds $400,000. The threshold would be $450,000 for married taxpayers filing jointly and $425,000 for heads of household.

Roth IRAs are especially attractive to wealthy investors. Investment growth and future withdrawals are tax-free (after age 59½), and there aren't required withdrawals at age 72 as with traditional pre-tax accounts.

However, there are income limits to contribute to Roth IRAs. In 2021, single taxpayers can't save in one if their income exceeds $140,000.

But current law allows high-income individuals to save in a Roth IRA via "backdoor" contributions. For example, investors can convert a traditional IRA (which doesn't have an income limit) to a Roth account.

Current law also allows for "mega backdoor" contributions to a Roth IRA using after-tax savings in a 401(k) plan. (This process lets the wealthy convert much larger sums of money, since 401(k) plans have higher annual savings limits than IRAs.)

The House legislation would address both.

Firstly, it would prohibit any after-tax contributions in 401(k) and other workplace plans and IRAs from being converted to Roth savings. This rule would apply to all income levels starting after Dec. 31, 2021.

However, the legislation would prohibit individuals from making more contributions to a Roth IRA or traditional IRA if the total value of their combined retirement accounts (including workplace plans) exceeds $10 million.

Moment motorcyclist narrowly avoids being run over by a lorry
Technology