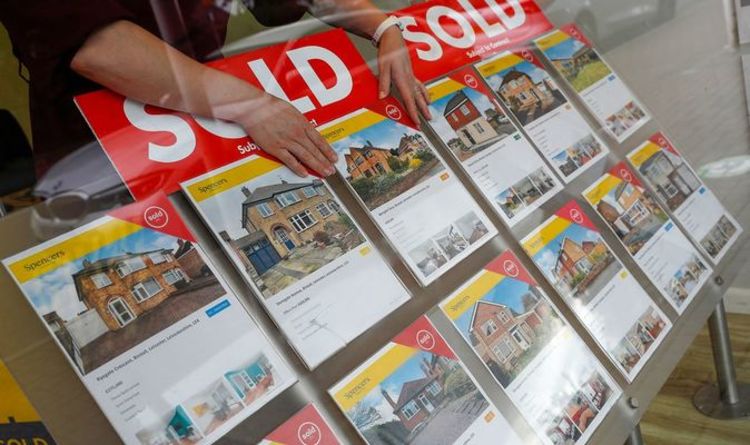 Record year as house prices surge in Wales but lag in London- What’s happening near you?

2021 proved the strongest year for house price growth since 2006 with the cost of a typical home rising £24,000 over the year. According to figures from Nationwide today annual growth stood at 10.4 percent in December. Nationwide Chief Economist Robert Gardner commented: “Demand has remained strong in recent months, despite the end of the stamp duty holiday at the end of September. Mortgage approvals for house purchase have continued to run above pre-pandemic levels, despite the surge in activity seen earlier in the year.

“Indeed, in the first 11 months of 2021 the total number of property transactions was almost 30 percent higher than over the same period of 2019.

“At the same time, the stock of homes on the market has remained extremely low throughout the year, which has contributed to the robust pace of price growth.”

However the picture is very mixed across the country.

Wales has shown the most dramatic growth in prices with an annual increase of 15.8 percent, raising the average house price there by £26,913.

Within England, the South West saw the highest growth, up 11.5 percent, the largest annual increase in the region since 2004.

This was followed by the Outer South East which includes cities such as Brighton, Southampton and Oxford but excludes Greater London, which saw prices rise 11.3 percent.

With house prices here already above average this also equates to the highest average cash increase, up £33,579.

House price growth in the North of England has slowed slightly while it still remains strong in the South.

Within the North the North West has seen the strongest growth with prices rising 11.2 percent.

Despite strong growth in the South, London comes at the very bottom of the table though with prices only rising 4.2 percent this year.

London still remains the most expensive region though with an average price of £507,203

With 2021 proving a record year speculation is now turning to what 2022 might have in store.

Mr Gardner suggested the outlook “remains uncertain”, adding: “The strength of the market surprised in 2021 and could do so again in the year ahead.

“The market still has significant momentum and shifts in housing preferences as a result of the pandemic could continue to support activity and price growth.”

Karen Noye, mortgage expert at Quilter, predicted a gradual slowing of growth rather than a sharp drop, commenting: “We are likely to see a slowdown in property prices and transactions, particularly if the Bank of England further increases interest rates.

“While we may see the property market slow, this does not mean buying a home will become instantly more affordable.

“Alongside the already inflated housing market, mortgage rates have increased following the BoE’s rate rise, and as inflation does not appear to be slowing, costs will likely continue to rise.”