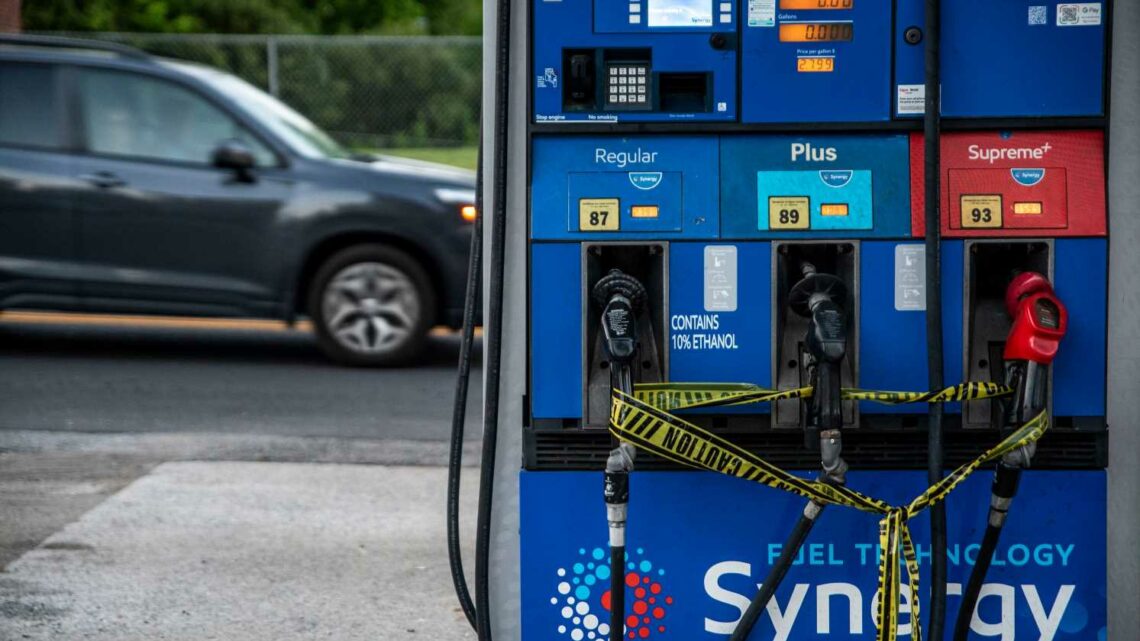 Sorry, hackers: Most of the $4.4 million ransom in the Colonial Pipeline hack has been recovered. Plus, the FDA approved the first new Alzheimer’s drug in almost 20 years. And two have been arrested in the road-rage-related shooting of a 6-year-old.

But first, ‘here we go again’: A town in Rhode Island that dealt with a runaway steer this year is back in the news with a mysterious donkey sighting. Where did it come from? Where did it go?

The Short List is a snappy USA TODAY news roundup. Subscribe to the newsletter here or text messages here.

How the tables have turned

In a lesson about not taking what isn’t yours, federal authorities dealt a blow to a criminal hacking group that forced the shutdown of the Colonial Pipeline, recovering the “majority” of the $4.4 million in cryptocurrency ransom paid to restore the energy system, Justice Department officials said Monday. Deputy Attorney General Lisa Monaco said the FBI was able to “turn the tables” on the group known as the “Darkside,” suspected to be based in Russia. Last week, Monaco issued an extraordinary plea to the nation’s CEOs to bolster their digital systems against an expected onslaught of devastating ransomware attacks, saying the malicious hacks that shut down the Colonial Pipeline and meat supply networks were just the beginning. “If you are not taking steps – today, right now – to understand how you can make your company more resilient, what is your plan?” she said.

Caution tape is wrapped around fuel pumps at an Exxon gas station in Lynchburg, Va., on May 11. More than 1,000 gas stations in the Southeast reported running out of fuel, primarily because of what analysts say is unwarranted panic-buying among drivers alarmed by the shutdown of a major pipeline by hackers. Virginia Gov. Ralph Northam declared a state of emergency. (Photo: Kendall Warner, The News & Advance via AP)

It’s a bit controversial, but the Food and Drug Administration approved a high-profile Alzheimer’s drug Monday, greenlighting the first new drug to slow the mind-robbing disease in nearly two decades. The FDA’s landmark approval of Biogen’s aducanumab will require the drug company to conduct a post-approval study to monitor its effectiveness. The company said it will market the drug under the name Aduhelm. 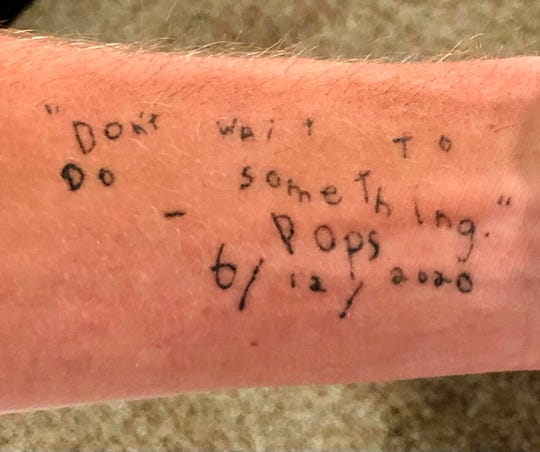 Sam Bennett got a tattoo of the last words by his father, who suffered from Alzheimer's: "'Don't wait to do something.' – Pops 6/12/2020." Bennett, a Texas A&M golfer who earned a spot in the PGA Tour, looks at these words before every shot. (Photo: The Associated Press)

What everyone’s talking about

Arrests made in road rage shooting death of 6-year-old

One day after the mother of a 6-year-old boy killed in a road rage shooting pleaded for justice at his memorial service, two people were arrested in connection with the boy’s death. The California Highway Patrol said Marcus Anthony Eriz, 24, and Wynne Lee, 23, were taken into custody Sunday outside their home in Costa Mesa and are likely to be charged with murder. The fatal shooting of Aiden Leos, 6, occurred May 21 on State Route 55 in the city of Orange as Aiden’s mother, Joanna Cloonan, drove her son to kindergarten. Eriz and Lee were held in Orange County jail, each on $1 million bail, and are likely to appear in court Tuesday. It was unclear whether they had attorneys who could speak on their behalf, and their relationship was not immediately known. 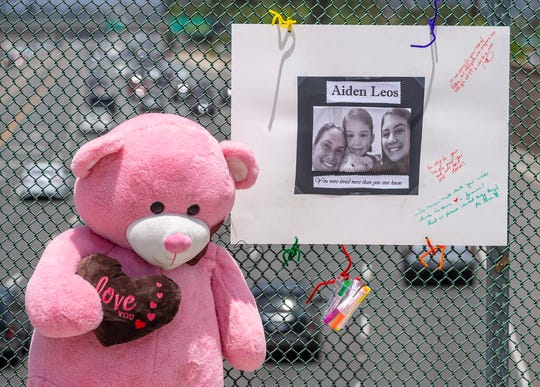 A large stuffed toy bear and a poster board adorned by a photo and notes are part of a memorial on an overpass in Orange, Calif., for Aiden Leos, 6, who was shot and killed during a road rage attack. (Photo: Mark Rightmire/AP)

Vice President Kamala Harris is visiting Guatemala and Mexico on a two-day trip aimed at addressing the flow of Central American migrants coming to the U.S.-Mexican border. Monday in Guatemala City, she announced initiatives to address corruption and human trafficking in the region and urged migrants not to attempt an illegal journey to the USA. She said a task force would be created to work with the Justice, Treasury and State Departments to investigate corruption in the region. U.S. officials will train law enforcement in Guatemala to conduct their own investigations.

Jeff Bezos’ first move after formally stepping down as CEO of Amazon? A trip to space with his brother. Can I join this family? The founder of the retailing giant confirmed Monday he and his brother, Mark, will ride on the first human flight of New Shepard, a suborbital rocket system developed by his aerospace company Blue Origin. The brothers Bezos will join the winner of an auction of a seat aboard the New Shepard to participate in the flight. The current top bid is $3.2 million. 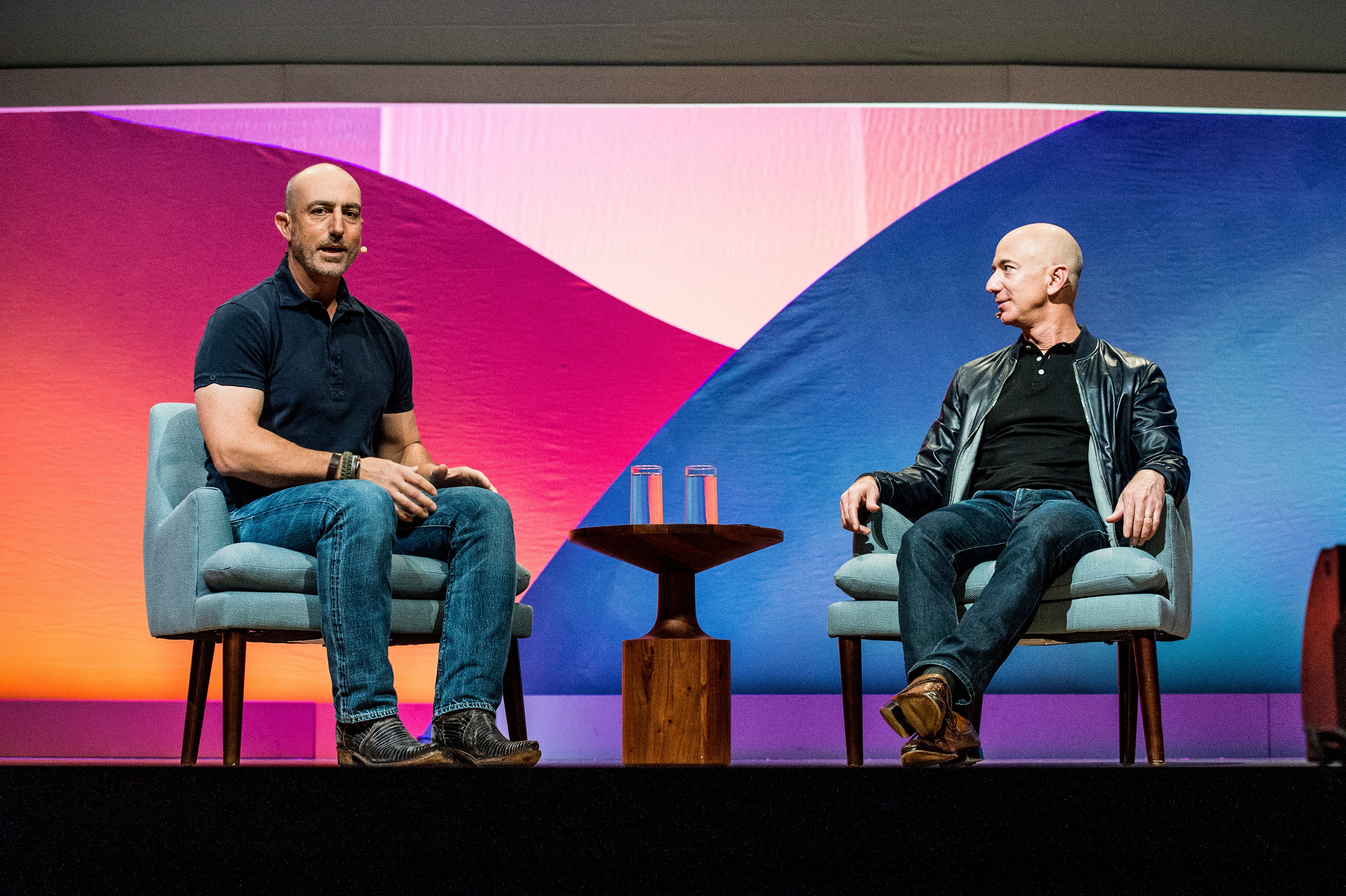 A break from the news

🗣 Hey, America, we need to talk

One conversation, even multiplied thousands of times, won’t heal America. But it’s a start. Join us and thousands of other Americans on June 12 for America Talks. We will meet one-on-one in hourlong video conversations across political divides.

This is a compilation of stories from across the USA TODAY Network. Want this news roundup in your inbox every night? Sign up for The Short List newsletter here.

All About the Bitcoin Mayor, El Salvador, and the Electric Bitcoin 2021 Conference
Technology