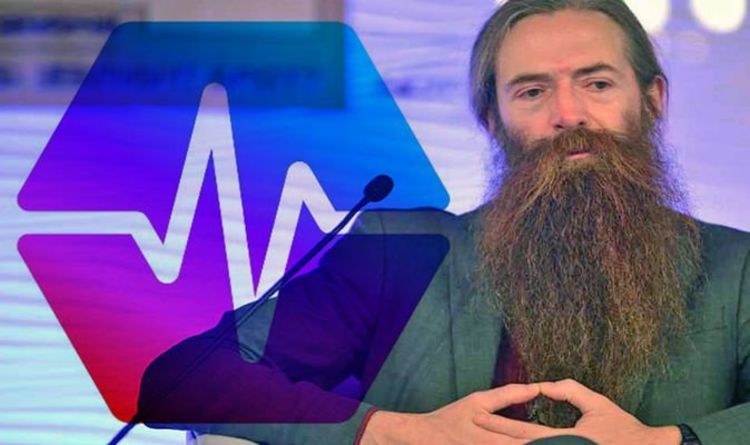 The new cryptocurrency is called pulse, and the amount received will be proportional to the size of the donation received.

So far the scheme has raised a staggering $25million in just four days for the anti-ageing charity, a benchmark that Doctor de Grey has described as “mind-blowing”.

Doctor de Grey added: “We have already received between $20 and $25million over the past three or four days.

“Our annual budget has been four or five million dollars.

“This is something that is completely transformative.

“It is going to allow us to move considerably faster to getting towards a post-ageing world, it is just amazing!”

Aubrey de Grey added: “We have been having a very good year with income, a big expansion of our activities is coming.

“Thanks to the PulseChain Airdrop, those plans are going to explode into another level entirely.”

There are now 13 days left to send in donations before the pulsechain airdrop happens.

As donators progress towards the end of this time period, the amount of reward in pulse begins to taper down.

Explaining how pulsechain differs from ethereum the developer behind the project spoke to Express.co.uk and said: “Pulsechain is going to be a hard fork of ethereum, meaning that it will take the ethereum code, update it and begin its own blockchain.”

Pulsechain will be a fork of the ethereum blockchain and will have identical historical data but the pulsechain tangent will operate on the energy-efficient proof of stake consensus mechanism.

Mr Heart also informed that transaction fees using pulsechain will be a fraction of those applied on the ethereum network.

However, Aubrey de Grey stated that this has been met with positivity by the Vitalik Buterin, the founder of ethereum.

Aubrey de Grey said that “it was suggested to me that this would not be to the liking of Vitalik Buterin who created ethereum and who has donated very extensively to the SENS research foundation.

“However, I want to reassure everyone that Vitalik has expressed directly to me his strong support for this and has said that this whole thing has greatly improved his opinion of Richard Heart.”

The SENS Research Foundation is a registered charity in the UK and those wishing to donate can receive thousands of pulse coins for every $1 they donate.