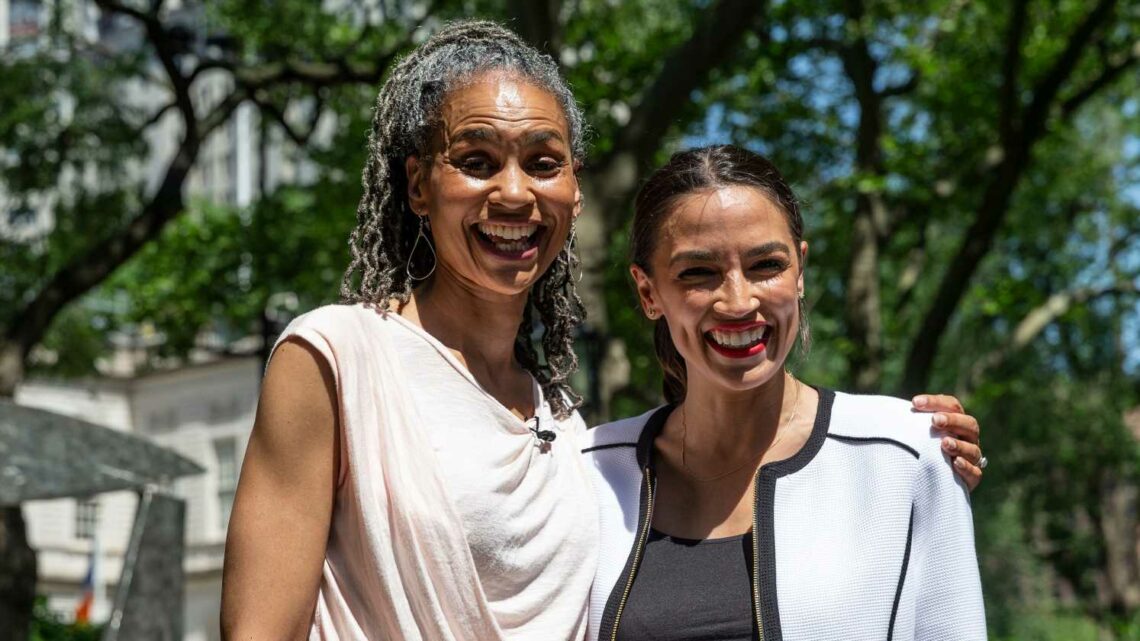 Progressives unite around one candidate in NYC mayor’s race. Will it be enough to win the ‘post-COVID moment’?

NEW YORK – Amid a mayoral race in which moderate candidates focusing on public safety have led in polling, factions further to the left in New York City are coalescing around Maya Wiley less than two weeks before election day.

Wiley received her highest profile endorsement over the weekend from Rep. Alexandria Ocasio-Cortez, D-N.Y., a stalwart of self-described “progressive” politics.

Ocasio-Cortez called Wiley her “No. 1” choice for mayor in a primary election June 22, when voters will rank their top five candidates. The left-leaning Working Families Party backed Wiley as its first-choice candidate last week after supporting other candidates.

“We have an option of a candidate who can center people, racial justice, economic justice and climate justice, that didn’t just come up to run for mayor but has experience and has a lifetime of dedication to this. And that candidate is Maya Wiley,” Ocasio-Cortez said outside City Hall on Saturday.

Wiley is a lawyer, professor, former MSNBC commentator and member of Mayor Bill de Blasio’s administration who entered the race in October.

Before the endorsement, Wiley hadn’t cracked the top tier in most polling, and candidates who have called for increases in policing have fared much better throughout the race despite New York’s reputation from outside observers as a liberal city.

The upsurge of support for Wiley could be pivotal as more voters tune in, said Michael Hendrix, director of state and local policy at the Manhattan Institute.

“If there’s a time to break out in the progressive lane, this is it,” Hendrix said. “It’s a big moment for her.”

In the national spotlight, New York is sometimes cast as a city with extremely liberal politicians. It was even labeled an “anarchist jurisdiction” by the Department of Justice under President Donald Trump in a threat to withhold federal funding.

In recent years, left-leaning candidates have made huge strides, and there was a perception among progressives that this race was their moment, Hendrix said.

De Blasio, though viewed unfavorably by many liberals, ran his mayoral campaign on the “tale of two cities,” highlighting economic inequality and winning in 2013 and 2017. Ocasio-Cortez stunned national political observers when she defeated longtime incumbent Joe Crowley in 2018.

When Wiley announced her candidacy, she called for building a “stronger, fairer and more just city.”

“Some will say I don’t sound like past mayors or look like them or think like them. And I say, ‘Yes, I don’t. That is the point.’ I am not a conventional candidate,” Wiley said in a video.

Wiley has campaigned on a variety of liberal policy proposals, including expanding public housing investment; funding a “care income” to send $5,000 to low-income families for child and elder care; and creating a “Works Progress Administration-style infrastructure, stimulus and jobs program” that would cost $10 billion.

“She’s someone whose background as a community organizer, lawyer, someone who’s taught social justice at the New School in Manhattan, and who also is a woman of color … lend credence to support by progressives,” Hendrix said.

Stringer, the city’s comptroller who has run on a balance of extensive government experience and liberal policies, was accused of sexual misconduct by two women, including a former campaign staffer, The New York Times reported. The former staffer accused him of unwanted kissing and groping. Stringer denied the allegation.

Morales, a former executive at a nonprofit group, faced internal division in her campaign after her staff formed a union and made a list of demands that Morales rejected. City & State, a local news outlet, reported Morales said the demands “included things that either violate state and local laws, and/or create a risk of fiscal liability for the campaign.”

Whether the endorsements for Wiley will reshape the race remains unclear.

While progressivesupport has appeared divided between the three candidates before the Wiley endorsements, winning in New York City requires a coalition of diverse voting blocs, said Ester Fuchs, director of the Urban and Social Policy Program at Columbia University.

“I don’t think an individual politician’s endorsement brings a significant bloc of voters,” said Fuchs, who worked in Bloomberg’s administration and donated to Stringer’s campaign.

Can a rising CPI boost Bitcoin? 3 reasons BTC price is rebounding above $36K