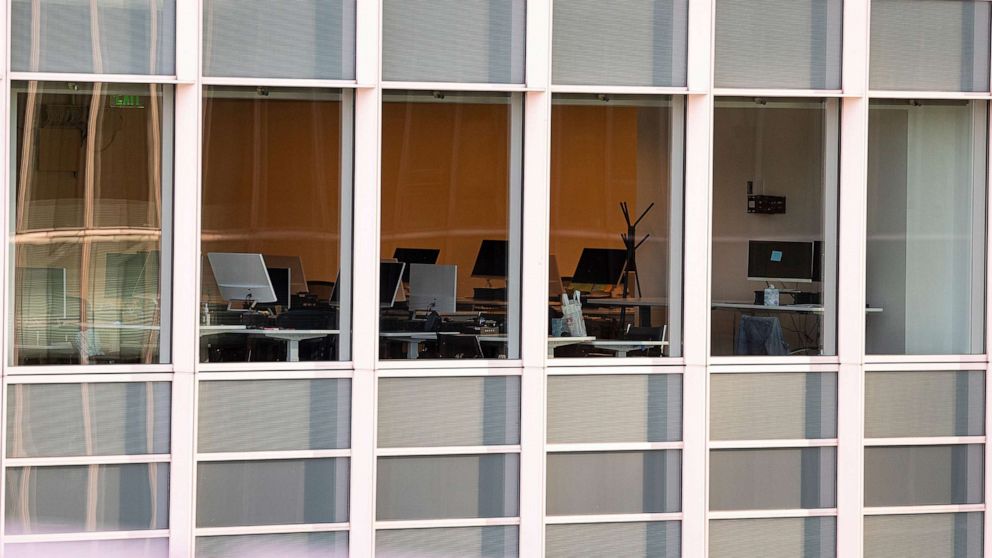 As mass vaccination rolled out in the late spring and COVID-19 cases began to decline precipitously, Americans and the companies they work for began to envision a return to normalcy.

Masking guidance was lifted for the vaccinated and plans were made for bringing employees who had the privilege of working from home through the crisis back into offices after more than a year of remote work — in many cases adopting a hybrid model that attempted to balance business needs, personal lives and safety.

But the rapid spread of the delta variant, largely among the unvaccinated, has overwhelmed hospital systems and cast uncertainty on those plans, halting many in their tracks.

In announcements that followed each other like dominoes, a slew of major U.S. corporations — from Amazon to McDonald’s — in recent weeks have pushed back their September office reopening targets.

In light of these mounting uncertainties, experts say organizational leaders are at a “pivotal” moment and must put workers at the center of their longer-term planning in order to build business resilience. The push to return to the status quo is no longer acceptable to many and an increase in choices, including the ability to work remotely, has upped the stakes for employers.

With a smooth return to “normal” after Labor Day no longer looking feasible, how organizations navigate recalling millions of workers still recouping from the collective anguish of a once-in-a-century pandemic could have a costly impact on retention at a time when job openings and quit rates are both at record highs.

“I would argue that for business leaders, it’s a pivotal moment for them, and they need to put their employees at the center of their workplace strategy,” Steven Hatfield, the head of Deloitte’s Global Future of Work team, which counsels some 90% of firms on the Fortune 500, told ABC News.

According to Hatfield, the pandemic has “permanently altered the nature of the employer-employee relationship.”

Many companies that had required their employees to come in five days a week and now, after more than a year of remote work, the work week and other aspects of the relationship are on the table. Hybrid, permanent remote and flexible arrangements have become a regular part of the conversation.

“We believe that the secret for organizations today is they have to acknowledge the nature of the changing dynamics in terms of that relationship. They need to acknowledge that workers do have more choice and more power.”

That level of choice is manifesting itself in “skill shortages, the labor shortages, the way in which people are picking up and moving to different jurisdictions based on where their heart is,” he added.

“And other factors — ‘promote’ job postings on LinkedIn is up 5x,” he said, referring to companies paying extra to make sure their postings are seen.

As the nation begins to emerge from the pandemic, fresh data indicates that people are leaving their jobs at record levels. The Bureau of Labor Statistics (BLS) said earlier this week that the “quits rate” in June was 2.7% — tying with April 2021 for the highest rate since its record-keeping on it began. Moreover, the number of job openings hit a record high of 10.1 million in June, the BLS said in its latest release. The layoffs and discharge rate, meanwhile, was at a record low of 0.9% in both May and June.

Economists have attributed these trends to both competitive labor market conditions as employers vie for workers with increased flexibility offerings, as well as harder-to-quantify reasons as many people reassess their life and career goals following the shock of a global pandemic that left more than 600,000 Americans dead.

The pandemic also spurred droves of women to leave the workforce entirely, an alarming trend experts warned could undo years of hard-fought gains towards gender equity in the private sector. This mass exodus of women in the workforce has been linked to uneven caregiving responsibilities at home as schools and daycares sporadically shuttered throughout the course of the pandemic.

As delta now rages, many parents are also grappling with how to protect their unvaccinated children amid a push to reopen.

“What’s going on with the delta variant is basically just another data point telling us that returning to the status quo and going back to the office, expecting people to be there full time, everyday, face-to-face is just not going to cut it,” Mabel Abraham, a professor of management at Columbia Business School, told ABC News.

“I don’t think anyone would argue that we can replace face-to-face interactions wholly with being online, I’m certainly Zoomed-out,” she added. “There’s always going to be a place for that face-to-face dynamic, whether it looks the same as it did pre-pandemic is a different question. Do we necessarily need everybody to be in the office, every single day, for eight to ten hours a day? Probably not.”

‘Be adaptable’ and listen to employees

Abraham said this constantly-changing environment is demanding that employers — and employees — be nimble and adaptable to a degree that has not previously been demanded.

Organizational leaders “need to be thinking less about a formal plan, and more about how to be adaptable as the environment continues to change,” Abraham said.

Abraham said that simply giving people options can be a strategy for being adaptable. This starts by listening to employees who voice concerns — such as exposing family members to the virus or commuting difficulties — and setting up a workplace that offers flexible options.

Some 42% of current remote workers say if their current company does not continue to offer remote work options long term, they will look for a job at a company that does, according to Prudential’s Pulse of the American Worker Survey released earlier this year.

“Employers who aren’t listening are in some ways just being naive in thinking that their employees won’t move,” Abraham said. “In this current environment, for many people, the pandemic looms large and it really is a concerning factor where going back to the office might mean that that person is willing to forego their position, even if they’re getting the benefits and the pay and enjoying the work and liking their co-workers.”

“Employers just need to recognize that when employees voice these concerns, it probably takes a lot for them to speak up, so if they’re bringing it up it’s because they’re probably really concerned about it,” she added. “And making a decision to not offer options, not to offer flexibility, needs to come with the understanding that that person might actually leave.”

Her recent research also found that organizations with female leadership and which signal that they care about equity in the workplace are much more likely to attract women applicants at a time when many firms have had great difficulties retaining their female staff.

“With all of the dialogue around women exiting at an even higher rate than men during this time, really thinking about if we want to counter that force in any way, organizations need to think carefully about how this solution will also have this additional benefit of really retaining their top female talent,” she said.

Looking out for workers ‘good for business’

Deloitte’s Hatfield added that while many still think about productivity in “first-industrial-revolutionary terms,” looking out for your employees’ health and well-being is actually “good for business, too.”

“We need to reshape our ideas around productivity to be akin to the marketplace that exists now, so your performance as a human, your well-being as a human, really matters,” Hatfield added, “and it matters to boost the productivity for the organization.”

For businesses, Hatfield said that, “It makes more sense for organizations to focus on up-skilling and re-skilling their workforce than trying to find workers.”

If organizational leaders are more attuned to the needs of their employees, and supportive of their career growth, this can help build a resilient workforce within an organization despite a myriad of external factors that leaders cannot control.

The present environment also presents a unique opportunity for employees to express what they need in order to do their work better and to more seamlessly support the work of an organization — whether it’s a stipend for a better home office setup, more flexibility options, or a better understanding of the purpose in the work they do.

“But, I think it’s incumbent on the workforce itself to be vocal about what some of those things might be in order to help the organizations they work with navigate change,” Hatfield said.

The more organizational leaders engage and pay attention to their workers, the more they can also avoid falling into a “trap” of attempting to appease by offering unrelated perks — like an office ping pong table “that’s going to gather dust,” Hatfield said.

“Do what’s going to be classic,” he said. “Do the things that are going to have enduring power, both for the organization and for the workforce — so things like focusing on the potential of their work, and focusing on how they develop, and ensuring that what their workforce is doing is really meaningful.”