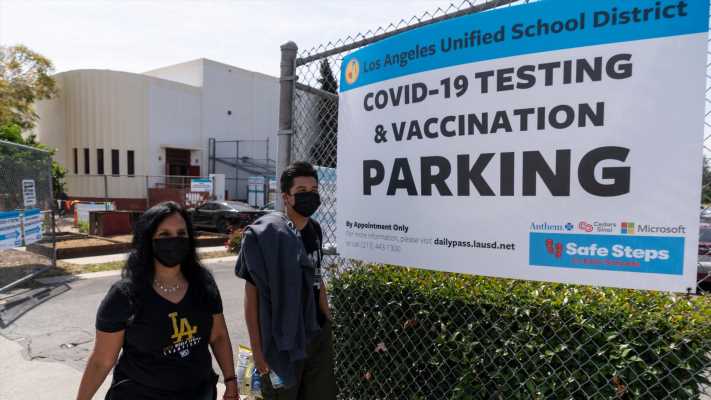 Pfizer and BioNTech announced plans early Thursday to donate 500 million doses to the U.S. government to distribute to 92 low-income countries and the African Union.

Vaccine inequality has become an increasingly pressing concern, and the World Health Organization has warned of a “two-track pandemic” as wealthy nations inoculate large portions of their populations and developing countries are left exposed to the coronavirus’ ravages.

“COVID-19 has impacted everyone, everywhere, and to win the battle against this pandemic, we must ensure expedited access to vaccines for all,” Albert Bourla, Pfizer Chairman and CEO, said in a statement Thursday. “Fair and equitable distribution has been our North Star since Day One and we are proud to do our part to help vaccinate the world, a massive but an achievable undertaking.”

In a June 3 report, Oxfam International said that of the 1.77 billion doses administered worldwide to that point, 28% had gone to people in G-7 nations and only 0.3% to low-income countries. Such disparity could prolong the pandemic and allow for dangerous variants to emerge as the virus continues to spread.

Also in the news:

►Johnson & Johnson’s COVID-19 vaccine triggers several types of immune responses, a new study shows, allowing it to be extremely protective in the United States as well as in South Africa and Brazil, where a handful of different virus variants are circulating.

►Australia’s second-largest city Melbourne will emerge from its fourth pandemic lockdown Friday. State officials say the lockdown is being ended after two weeks following only one new coronavirus case being detected in the latest 24-hour period linked to the Melbourne cluster. The new case brings the number of infections in the cluster to 68.

►Philadelphia will end its indoor mask mandate and the 11:00 p.m. last call for restaurants Friday.

►Iowa won’t allow its residents to see their vaccination histories or those of their children on the state website anymore, saying it wants to prevent employers from checking on their workers’ vaccination status without permission.

📈 Today’s numbers: The U.S. has more than 33.6 million confirmed coronavirus cases and at least 598,700 deaths, according to Johns Hopkins University data. The global totals: Over 174.3 million cases and over 3.75 million deaths. Nearly 140.8 million Americans have been fully vaccinated – 42.5% of the population, according to the CDC.

📘 What we’re reading: As Americans get vaccinated against the coronavirus, a report published Wednesday found teens and adults may have missed millions of routine vaccinations recommended by the CDC in 2020.

Keep refreshing this page for the latest updates. Want more? Sign up for our Coronavirus Watch newsletter for updates to your inbox and join our Facebook group.

California’s workplace regulators have reversed themselves for the second time in a week.

That will give them time to consider a rule that more closely aligns with Gov. Gavin Newsom’s promise that the state will fully reopen from the pandemic on Tuesday.

The California Occupational Safety and Health Standards Board’s revised rule would have allowed workers to forego masks only if every employee in a room is fully vaccinated against the coronavirus. That contrasts with the state’s broader plan to do away with virtually all masking requirements for vaccinated people in concert with the latest recommendations from the CDC.

Withdrawing that worksite rule allows the board to consider changes at its June 17 meeting and potentially have them go into effect by month’s end.

The goal, said board chairman David Thomas, is to change the workplace regulation “so that it matches up with the CDC and the California Department of Public Health, so that we’re all on the same page. That’s what this is about, so we’re not out of step with everybody else.”

Two West Coast cities are in a neck-and-neck race for the country’s top vaccination status, and each may have a claim on holding the lead.

Seattle Mayor Jenny Durkan said Wednesday hers is the first major U.S. city with 70% of its residents 12 and older having completed their COVID-19 vaccinations, edging San Francisco by a percentage point.

“Now that we have reached community protection, we can lead the nation in safely reopening and recovering in earnest,” Durkan said in a statement.

However, San Francisco is slightly ahead with the nation’s best rate of residents 12 and above who’ve had at least one vaccine shot, 79-78%, and could inch ahead in the race for herd immunity.

“I do believe we are on track to be the first city to achieve herd immunity,” Dr.  Monica Gandhi, an infectious disease expert with the University of California, San Francisco, told the San Francisco Chronicle.

“Our high rates of immunity means we are not susceptible to new infections even with travel here,” she said.