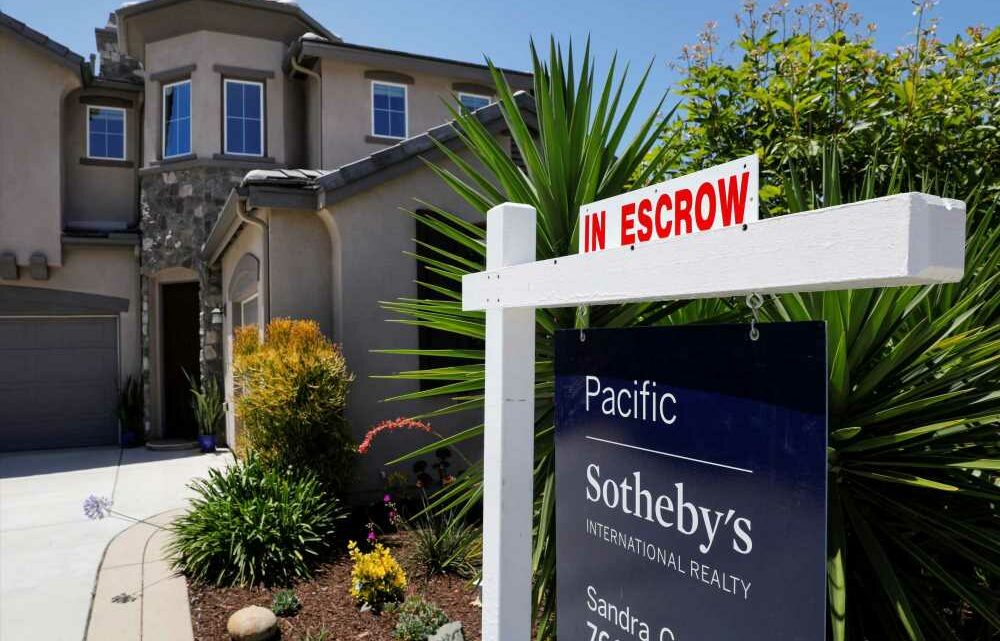 Buyers came roaring back to the housing market in October, even as mortgage rates rose.

Signed contracts on existing homes, so-called pending sales, jumped 7.5% from September, according to the National Association of Realtors. Sales were still 1.4% lower than October 2020, but last fall marked a cyclical high in the housing market.

Pending sales are a forward-looking indicator of sales that will close in one to two months. Wall Street analysts were expecting October pending sales to be flat compared with the month before.

"Motivated by fast-rising rents and the anticipated increase in mortgage rates, consumers that are on strong financial footing are signing contracts to purchase a home sooner rather than later," said Lawrence Yun, NAR's chief economist. "This solid buying is a testament to demand still being relatively high, as it is occurring during a time when inventory is still markedly low."

Sales were strongest in the Midwest and South regions, rising 11.8% and 8.0% month to month respectively.

In the Northeast, pending sales rose 6.9% from October, and in the West they increased 2.1%.

The average rate on the popular 30-year fixed mortgage was just below 3% in mid-September, but climbed to 3.22% by the end of October, according to Mortgage News Daily. Mortgage rates dropped back last Friday, however, on news of the new Omicron variant of the Coronavirus.

Homebuyers, especially those on the lower end of the market, continue to find very few homes listed for sale. Total housing inventory at the end of October stood at 1.25 million units, down 0.8% from September and down 12.0% from one year ago (1.42 million). At the October sales pace, that represents an extremely low 2.4-month supply. A 4 to 6-month supply is generally considered a balanced market between buyers and sellers.

The fall surge in homebuying, also seen in closed sales in October, rounds out an extremely strong year for the market. Last year's surge began just a few months after the onset of the pandemic in the U.S., and while many thought it would lose steam, apparently it hasn't yet.

"The notable gain in October assures that total existing-home sales in 2021 will exceed 6 million, which will shape up to be the best performance in 15 years," added Yun.

Sales of newly built homes, which are also measured by signed contracts, did fall in October, but that may be due to the fact that big builders are slowing sales in order to deal with supply chain issues in construction.

The Best John Wayne Movie That Isn’t a Western