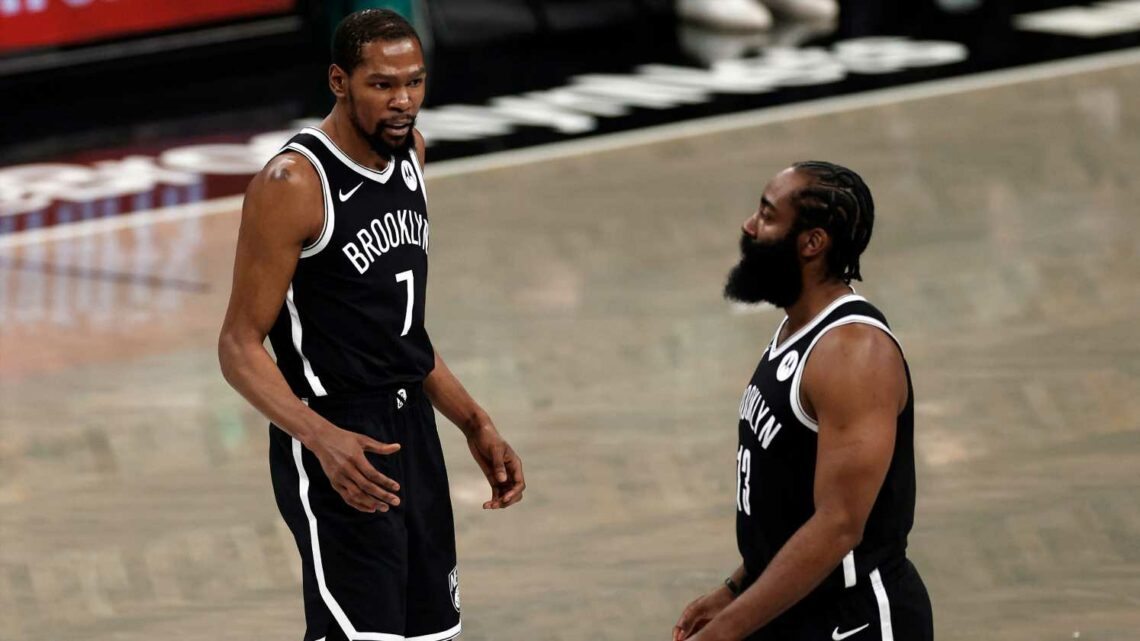 The Brooklyn Nets had the worst possible start to Game 1 against the Milwaukee Bucks. The Nets had a play called. Kevin Durant searched for James Harden, and Harden wasn’t where he was supposed to be.

"I looked at him," Durant said. "He was grimacing."

Harden left the game 43 seconds into the first quarter with a right hamstring issue, and TNT reported he left the arena for an MRI.

Given that circumstance, the Nets had the best possible finish to Game 1, albeit with worry over Harden's hamstring. Minus Harden, the Nets defeated the Bucks 115-107 in the opener of their Eastern Conference semifinal series.

"I was really impressed with our perseverance in what could have been an emotional toll on us," Nets coach Steve Nash said. "To get out of the first round and prepare for a few days for this series and have our lead playmaker go down in the first minute, that could derail a team. But our guys have been through this and they hung in there and their toughness was on display."

Kevin Durant and Kyrie Irving did what they do: Durant had 29 points and 10 rebounds, and Irving scored 25 points and delivered eight assists.

Others contributed necessary performances in Harden’s absence. Blake Griffin had his best game since joining the Nets with 18 points, 14 rebounds, three assists and two steals, and Mike James, who just two months ago played for Russian powerhouse CSKA Moscow, had 12 points, seven rebounds and three assists.

HERE TO STAY: Trae Young has Hawks thinking big in these playoffs

A LOT TO LOVE: Why do so many shoot down Ben Simmons' game?

"We have the capability of rising to the occasion," Irving said. "We’re a very mature basketball club because we play selflessly and trust each other. Any situation in the game, I feel like we have the talent, we have preparation, we have the coaching staff to be able go to go out and execute. After that, its just mainly up to us to continue to play the right way."

It turned out to be an impressive victory, and the final margin doesn’t tell the story. Brooklyn turned an 86-80 lead late in the third quarter into a 112-95 lead with 5:02 left in the fourth.

Brooklyn also sent a message to Milwaukee: Without Harden, the Nets are still good enough to beat the Bucks. That’s a psychological hurdle Milwaukee needs to overcome.