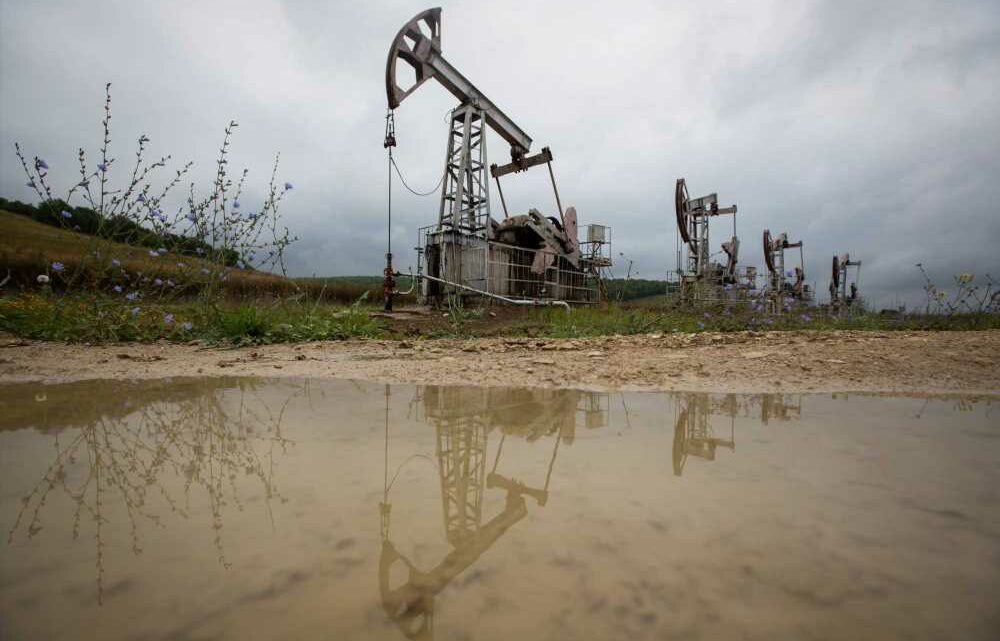 LONDON — A group consisting of some of the world's most powerful oil producers on Thursday will meet to decide on the next phase of output policy.

OPEC and non-OPEC partners, a group sometimes referred to as OPEC+, are scheduled to hold a virtual meeting from 1 p.m. London time.

The meeting comes shortly after the Suez Canal reopened to traffic and as the coronavirus continues to spread worldwide, with French President Emmanuel Macron ordering the country into its third national lockdown to alleviate some of the pressure on hospitals.

The ongoing coronavirus crisis continues to cloud the demand outlook and analysts expect this to reaffirm Saudi Arabia's caution about the global economic recovery.

Analysts at Eurasia Group said the most likely outcome for the OPEC+ meeting is for the group to keep production unchanged from April and for Saudi Arabia to continue to withhold its additional 1 million barrels per day — although it may taper this slightly by 100,000 barrels "to signal its willingness to adjust."

They noted that the last month in global oil markets "featured a significant level of volatility" and a sell-off that brought Brent crude futures down to $62 a barrel from $70, before stabilizing around $64 in recent days.

"The Suez Canal incident probably helped many oil producers, as it prevented a further slide in prices," analysts at Eurasia Group said in a research note published Wednesday.

"Once again, it is far from clear that a sustainable recovery would justify a strong cycle of OPEC+ tapering to be followed each month. Saudi Arabia's caution about the global economic recovery was in many respects warranted," they added.

Ahead of the meeting, OPEC Secretary-General Mohammed Barkindo stressed the need "to remain very cautious" as a result of ongoing uncertainties and fragility caused by the coronavirus pandemic.

Similarly, Saudi Arabia has previously encouraged allied partners to remain "extremely cautious" on production policy, warning the group against complacency as it seeks to ensure a full oil market recovery.

Non-OPEC leader Russia, meanwhile, has sought for the group to push ahead with a supply increase.

Two unnamed OPEC+ sources told Reuters that an increase in oil production at Thursday's meeting would not exceed 0.5 million barrels. CNBC was not able to independently verify these sources.

"I think if you look into the second half of the year, with demand potentially increasing by 4 to 5 million barrels as we get into 3Q and 4Q, I think this is really when the tightness in the oil market is going to really reappear again," Neil Beveridge, a senior oil and gas analyst at Bernstein, told CNBC's "Capital Connection" on Thursday.

"At the moment it feels too early to raise production but as we go into the second half, there's a lot of pent-up demand and OPEC is going to need to put oil in the market if they are going to control pricing."

U.S. Energy Secretary Jennifer Granholm said via Twitter on Thursday that she spoke with Saudi Arabia's Energy Minister Prince Abdulaziz bin Salman to reaffirm "the importance of international cooperation to ensure affordable and reliable sources of energy for consumers."

It was thought to be the first call to Riyadh from a U.S. official ahead of an OPEC meeting since President Joe Biden took office.

OPEC+ initially agreed to cut oil production by a record of 9.7 million barrels per day last year, before easing cuts to 7.7 million and eventually 7.2 million from January.

Saudi Arabia has since taken on cuts of 1 million from the beginning of February through March, although these are due to expire unless further measures are announced on April 1.

China's foreign ministry took a victory lap after the BBC moved its correspondent out of the country, claiming he was 'smearing' them