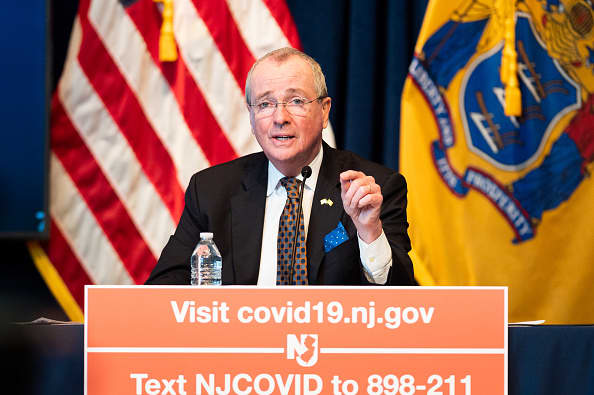 In an interview on "Squawk Box," Murphy explained the state is focused on using its available vaccine supply on two distinct groups. The first, he said, is those who are needed "to help defeat the virus," such as health-care workers and first responders. The second is individuals who are at higher risk of severe illness or death if they contract Covid, he said.

"This is not speculation. This is based on the data, on the facts. Who has gotten sick? Who has been hospitalized? Who have we lost?" Murphy said.

Within the second group are New Jersey residents who are aged 65 and up, as well as those ages 16-64 who have a qualifying medical condition, which includes cancer, chronic kidney disease, various heart diseases and smoking.

Not yet eligible as an entire group are teachers in New Jersey, but Murphy has increasingly faced pressure to allow educators and school district employees to qualify for the vaccine. Advocates feel it's important they receive the lifesaving shot in order to allow in-person classes to be held more safely.

"It's a false choice to compare smokers versus someone else," Murphy told CNBC. "Anyone who is under 65 who is the most vulnerable, including if you're an essential worker, an educator, you're eligible right now."

New Jersey's list of medical conditions making someone eligible for the vaccine closely follows a U.S. Centers for Disease Control and Prevention list of conditions that increase a person's risk of developing severe cases of Covid.

Teachers as a group are "in the on-deck circle," Murphy said, using baseball phrase to describe being up next to bat. "I hope we'll get to educators sooner than later."

Some states, such as Maryland, Illinois and Arizona, have extended eligibility to teachers, according to EdWeek, a news organization that covers K-12 education.

New Jersey has administered roughly 1.1 million vaccine doses, as of Tuesday afternoon, according to data compiled by the CDC. The U.S. overall has administered 43.2 million doses, CDC data shows.

While Murphy expressed optimism about the Biden administration's vaccine efforts, he said that New Jersey is still seeing more demand for the shots than it currently has available doses.

"You've got an enormous supply-demand imbalance," he said. But he added, "The Biden team are doing an extraordinary job and I'm confident they'll deliver the supply. It won't be overnight, but we will get this."