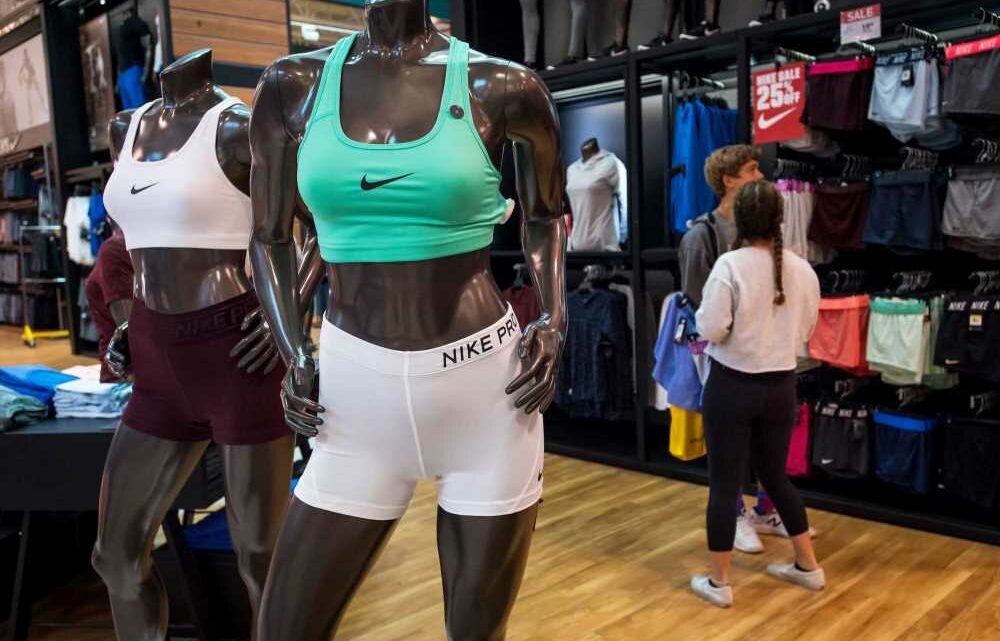 Nike and Dick's Sporting Goods are stepping up efforts to work together at a time when a number of athletic apparel brands, including Nike, are relying less on wholesale partners.

In a first step, Nike's loyalty program will link to Dick's membership offering to allow customers to shop for exclusive Nike shoes and apparel on Dick's website, the companies announced on Wednesday.

The partnership will evolve over time to include in-person workout events at Dick's locations. And the two hinted at another perk that could be coming: Allowing Nike customers to drop off their returns or pick up online orders at Dick's stores.

For Nike, the move solidifies the sneaker giant's commitment to Dick's amid an industry upheaval.

Nike, along with peers such as Under Armour and Adidas, has been proactively pulling merchandise out of wholesale channels including off-price stores and other footwear retailers in a bid to sell more goods directly to customers at higher prices. This is also an effort to build closer relationships with consumers and to better understand exactly what products they want.

Nike doesn't break out sales by specific wholesale partners, such as Dick's, Foot Locker or Nordstrom. According to its most recent annual report, wholesale revenue accounted for 61% of Nike's total sales in fiscal 2021, down from 65% the prior year. The remaining transactions were made in Nike stores or on its website — representing a growing part of the sneaker maker's business.

But Nike is still betting on key retail partners.

"We have a very diverse set of consumers at Nike, and we need to be able to serve that diverse group of consumers," said Sarah Mensah, vice president and general manager of Nike's North America division. "We really believe that it represents the future of retail … and this is really what partnership means — to the next level."

Dick's, meantime, has been ramping up its investments in its own private label brands. In March, it launched its own men's athleisure line called VRST. That joined its biggest private label in terms of sales, a women's brand called Calia. Dick's rang up $1.3 billion in sales from its in-house brands in 2020, out of $9.58 billion in total revenue.

But it still has huge ties to Nike, a brand that it has been working with for roughly half a century. According to Dick's latest annual filing, Nike was the company's largest vendor in 2020, accounting for about 19% of merchandise purchases.

"You've seen the brands that have been very vocal about getting out of certain distribution that doesn't bring their brand to life in the best way," said Dick's Chief Executive Lauren Hobart. "But Nike and our other partners recognize that you need to have a physical footprint."

According to Hobart, the tie-up will also allow Dick's to have access to more of Nike's popular lifestyle sneakers, not just shoes for sports. The company hopes to be seen by consumers as a destination for the latest gear by having anticipated "drops" of new products each month.

"This is going to unlock a whole new tier for us," she said. "It will continue to drive that brand relevance that Dick's has some of the best shoes in the marketplace. … We're now partnering on this longer-term roadmap with Nike."

At its recently opened House of Sport location in the Rochester suburb of Victor, New York, Dick's gave Nike a massive amount of space to showcase product. That location, as well as another House of Sport shop in Knoxville, Tennessee, is where Dick's plans to hold some of its first in-person events for Nike members.