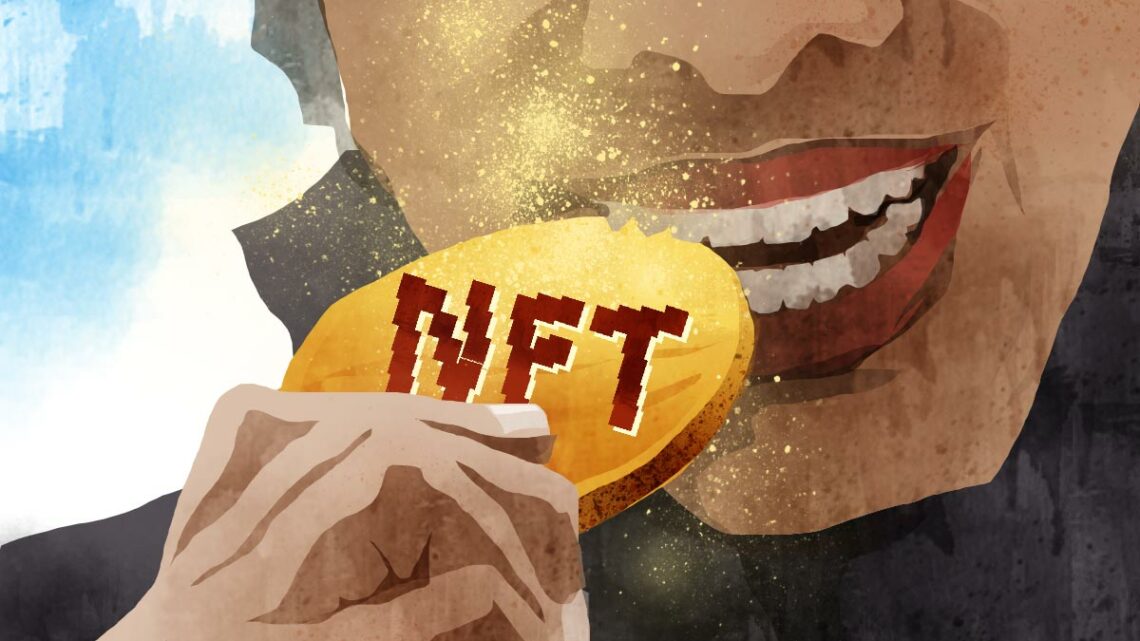 While stablecoins in particular and cryptocurrencies in general have fallen sharply recently, other virtual assets in the Web 3.0 ecosystem like non-fungible tokens (NFTs), Metaverse (or digital/virtual world) prices have also fallen. However, NFTs and Metaverse are in their first-generation (Gen 1) or initial phase and the market is filtering the assets from the point of view of their worthiness.

NFTs having real artistic value have not participated as much in the fall.

Some innovations are also happening or expected going ahead, which will take this asset class to the next phase.

NFTs and Metaverse are an “integral part of the Web 3.0 ecosystem” and the best part of Web 3.0 is that it enables the user to own its own data and access.

Recently, some of the popular and comparatively liquid NFTs and Metaverse assets have seen a fall of 30-50 per cent in US dollar terms.

NFTs are quoted in Ethereum, which itself has also fallen sharply in dollar terms.

“Currently, NFTs are just driven by communities, rarity, and hype.”

An observer said that a fall in NFTs started even before the crash in stablecoins or cryptocurrency as investors started analysing their real worth.

For example, the first tweet on Twitter by Jack Dorsey (co-founder and former CEO of Twitter) was first auctioned for $2.8 million, but over time its price fell and it was last traded at $2,800.

Gaurav Somwanshi, blockchain entrepreneur and CEO of EmerTech Innovations, said, “The value contained within NFTs is either derived from utility, or sentimentality.

“For the latter, quite a few investments are made with the hope of further trading.

“This not just inflates the prices, but also inflates every kind of NFT, regardless of its current or future merit.”

With the current decline in market, we could say that the market is witnessing a filtering of NFTs, wherein quite a few types of NFTs will lose their value, but some having utility or artistic value will remain standing, he added.

Owning a Bored Ape NFT is nothing but access to its group of people who have paid in millions to own it. It’s like a premium membership.

Bored Ape itself is just a monkey photo, nothing else.

The price is down 55 per cent in a month and 28 per cent last week in dollar terms.

Last November, the Guinness Book of World Records registered the largest drawing by an individual — 6,781.04 square feet (as large as a basketball court) — named Ravi Soni (from Udaipur in Rajasthan).

Somwanshi said, “We are in the process of launching an NFT for the world’s largest drawing, made by Ravi Soni, which is a testament to human effort, as a combined package.

“These NFTs could be termed as Tangible-NFTs (first-of-its-kind T-NFT), whereby the provenance is linked with the ownership of the NFT associated with it.

“We are also auctioning the real drawing with it. So a combined package will be sold: NFT of the drawing plus actual drawing.”

According to last weekend’s Morgan Stanley report on fall in cryptocurrencies, “Digital assets, such as NFTs and digital land, had much speculation and inflows, which some regulators believe could even partly be illicit flows.

“Yet the reason for most to purchase these assets was an expectation that someone else would want to purchase at a higher dollar price.”

The report says, “NFT prices are next to watch.”

It is becoming clearer that the elevated prices were a result of speculation, with limited real user demand.

Many NFTs are illiquid and not traded when there is an underlying asset like painting, or a song exclusive to NFT with royalty-sharing issue.

Sogani of CREBACO said, “Currently, the market is in the first-generation phase of NFTs, and by 2023, we will witness second-generation NFTs, which will have better value.

“The market is working on generative and programmable NFTs. That will actually be the future. It’s beyond a .JPG.

Similarly for Metaverse, currently the market is in Gen 1 phase, and in the next bull run, we will witness more interactive Metaverses out there.”