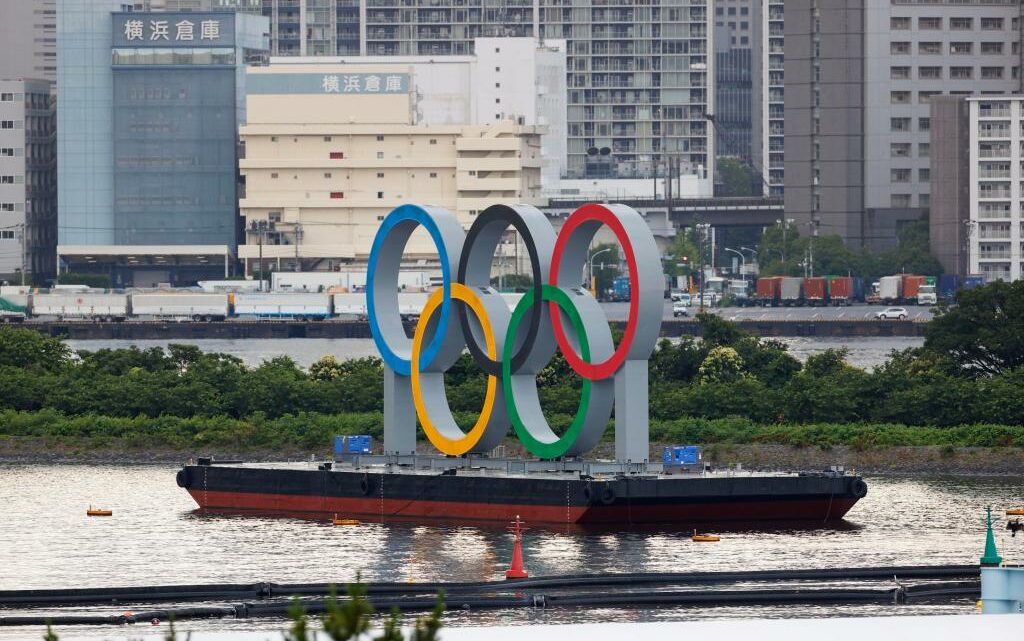 NBCUniversal put its best game face on, hosting a nearly two-hour event for press to promote its upcoming coverage of the Tokyo Olympics, which begins in 30 days.

The event at 30 Rockefeller Center’s Studio 8-H, which was also live-streamed, featured panels of executives and talent but fairly limited talk of the coronavirus pandemic. Already postponed once from their planned 2020 summer dates, the Games have come under a new set of dark clouds. Japan has seen a significant rise in Covid-19 infections this year and only 7% of the population has been vaccinated.

Due to safety concerns, medical experts and others both inside and outside Japan have issued strong calls for the Games to be pushed again. Protesters took to the streets of Tokyo earlier in the day, reflecting polls of public sentiment that have shown in recent weeks that a decisive majority of residents opposes the Games being held.

“I’m personally one of these people who think the Olympics is an important thing for the world,” NBCUniversal CEO Jeff Shell said. “Every four years, it feels like there’s something bad going on. People are fighting with one another and there’s some vitriol. This year feels particularly [that way], the world’s coming off a global trauma. The Olympics are when everybody forgets all that and everybody comes together and celebrates.”

NBCU and its corporate parent, Comcast, were thrown for a loop along with athletes, advertisers and others, when the Tokyo Olympics were forced to postpone last year. With several billion dollars in TV rights at stake, however, the International Olympic Committee has decided to forge ahead rather than postpone again. They are not requiring athletes to be vaccinated, but instead have amped up testing and are limiting spectators to 50% of venues and only Japanese citizens, no visitors from elsewhere.

Peacock, the streaming service NBC launched last year, was initially planning to use the Tokyo Olympics as a major promotional engine. The service has drawn 42 million sign-ups as of March 31, with about one-third of those active users.

“We’re in constant contact with the IOC and people on the ground in Tokyo,” Olympics primetime producer Rob Hyland said when asked about contingency plans in the event of an outbreak or other Covid-related issue. “Safety of our staff, following protocols, that’s first and foremost.” Hyland cited the IOC-led plan “couldn’t be more sound.”

Lazarus later addressed the balancing act of covering the usual uplifting storylines of Americans competing for medals with the realities of the pandemic.

“We’re not going to ignore acknowledging that we’re in, hopefully, the tail end” of the pandemic, he told reporters. Athletes and others will be shown wearing masks. With spectators strictly limited, a special initiative will unite athletes with friends and family rooting them on from elsewhere in the world.

The visual aesthetics of sports during the pandemic — the cardboard fans and tarps covering seats, for example — helped hamper ratings for all sports, even the NFL. Asked about the viewing experience, Lazarus looked on the bright side.

“We’re very encouraged” that at least some fans will be in attendance, Lazarus said. “There will be fans. That’s exciting. I think we’ll enhance that. What’s not known yet is whether they’ll put crowd noise in” the venues, or whether any placards will be placed in seats to create the illusion of sellouts. “Certainly, when you have a full building, the excitement can come through in television. I think we are fortunate to be in 2021, where we can use audio to build energy on television and in buildings.”

Ratings will not tell the story in terms of the profitability of the Games, as has been the trend in recent cycles. The 2016 Rio Games generated $250 million in profit for NBCU despite nearly 20% declines in linear viewership. Demand by advertisers has been “robust,” Lazarus said. There were more than 100 total advertisers for the 2016 Rio Games. With a month left, NBCU said it already has more than 120, and over 80 of them are new.

Peacock chief Matt Strauss said the company’s push to add new channels and feature well-known sports like gymnastics on the service is part of an ongoing effort to build scale. He said the company is not prioritizing premium subscriptions per se, but rather is looking to be sure consumers check out the free, ad-supported, basic tier of Peacock.

“If there is a silver lining to the postponement, it’s having had more time to work with our distribution partners,” NBC Olympics president Gary Zenkel said during a panel. He noted that in addition to Comcast’s well-established Olympics destination on its X1 pay-TV platform, Roku, Apple TV and a host of other partners will steer viewers to the Games.

Peacock is not yet available on Amazon Fire TV, a major gateway for U.S. streaming. Even before the event at 30 Rock, though, sources familiar with discussions between the two companies say a deal could fall into place before the July 23 opening ceremonies.

With Peacock having added WWE programming and live sports from Premier League soccer to hockey, football and lacrosse over the past year, it comes to Tokyo with more of a running start. As Lazarus put it, “We have a lot more knowledge about what’s working and not working on Peacock.”

Bitcoin heading for worst quarter since start of 2018 bear market