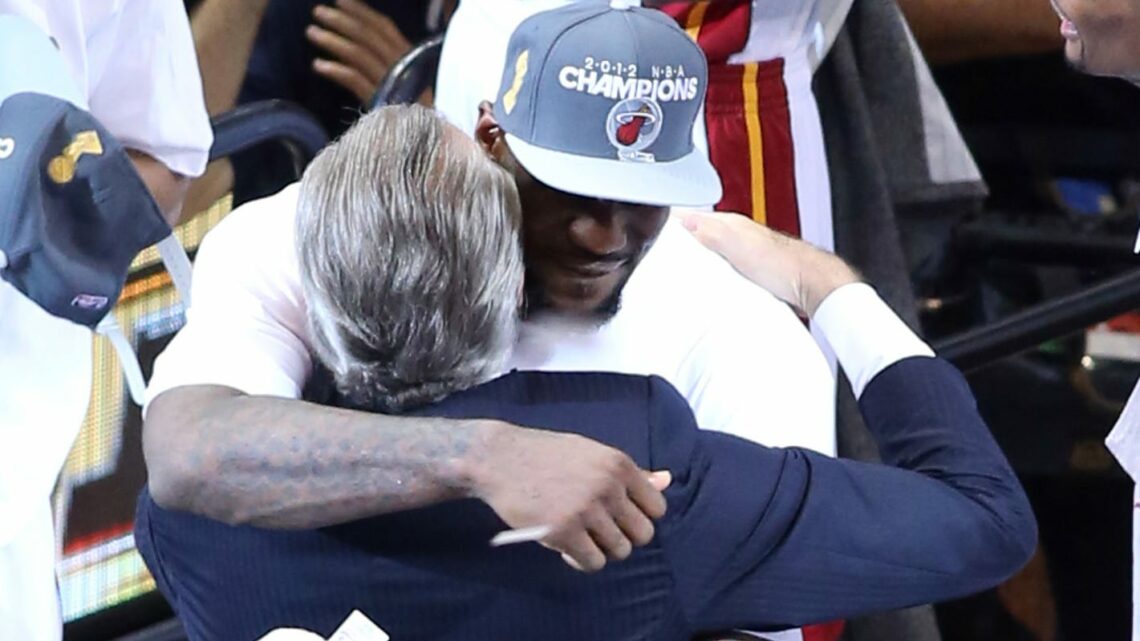 Pat Riley knew his checkbook would be feeling it right after the words came out of his mouth.

“If he ever wanted to come back, I’ll put a new, shiny key under that mat," the Miami Heat president said on "The Dan Le Batard" show last Friday in reference to the Los Angeles Lakers' LeBron James. "This will get me fined.”

The league fined Riley $25,000 on Wednesday for violating anti-tampering rules, two days after the league hit up Philadelphia 76ers general manager Daryl Morey for $75,000 after he posted a tweet the NBA deemed was in reference to Stephen Curry of the Golden State Warriors.

Riley had been discussing the successes the Heat saw during James’ four years with the organization. There was also confusion over whether the question that ultimately led to Riley's "tampering" comments was in regard to Dwyane Wade or James.

The conversation also included references to past Riley comments about leaving keys under doormats, a metaphor he used to essentially say any of the former Miami Big Three would always have a place in the organization.

Riley was also asked about who actually convinced LeBron to join the Heat: himself or Wade?

"If I were to give you a real, truthful answer on that, I’d probably be excommunicated from the NBA," he joked. "So I can’t (say)."