Morgan Stanley says Tesla will surge 22% from current levels, its first bullish call on the stock since 2017 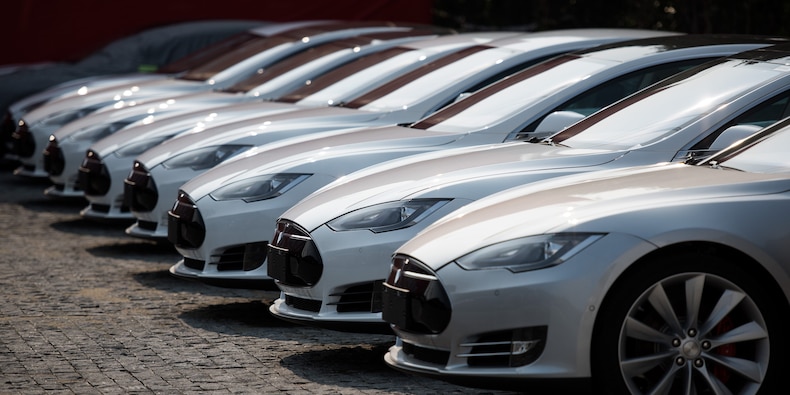 The upside potential in Tesla remains strong, according to a Wednesday note from Morgan Stanley.

For the first time since 2017, the firm turned bullish on the electric car maker, upgrading Tesla to “Overweight” from “Equal-weight” and assigning a $540 price target, representing potential upside of 22% from Tuesday’s close.

A bulk of the upgrade in shares of Tesla is derived from Morgan Stanley’s inclusion of Tesla services revenue into its valuation model. Morgan Stanley now expects Tesla’s services business to represent 6% of revenue and 20% of profits by 2030.

Morgan Stanley sees Tesla benefiting from a knock-on effect, in which Tesla’s first mover advantage in the electric vehicle space allows it to better scale and lower costs, which enables it to expand its user base, which then gives Tesla an opportunity to better capitalize on its software business with its growing user base.

Read more: MORGAN STANLEY: Buy these 21 stocks set to soar at least 50% as their earnings rebound from a COVID-induced rout

The bank’s key message to Tesla skeptics is that the electric car company should not be valued on vehicle sales alone.

“To only value Tesla on car sales alone ignores the multiple businesses embedded within the company, and ignores the long term value creation arising from monetizing Tesla’s core strengths, driven by best in class software and ancillary services,” the note said.

Morgan Stanley’s sum of the parts analysis is divided into 6 distinct businesses, according to the note.

“Tesla has long been seen as a sum of the parts story given its mix of businesses across a number of business lines spanning from transportation, solar power generation and energy storage,” said Morgan Stanley.

Shares of Tesla traded up as much as 5% in Wednesday trades. Year-to-date, Tesla is up 428%.

Read more: A 28-year-old hedge fund co-investing chief shares how he advanced from community college to Wall Street – and broke down his two-pronged approach to managing the fund’s volatility strategies 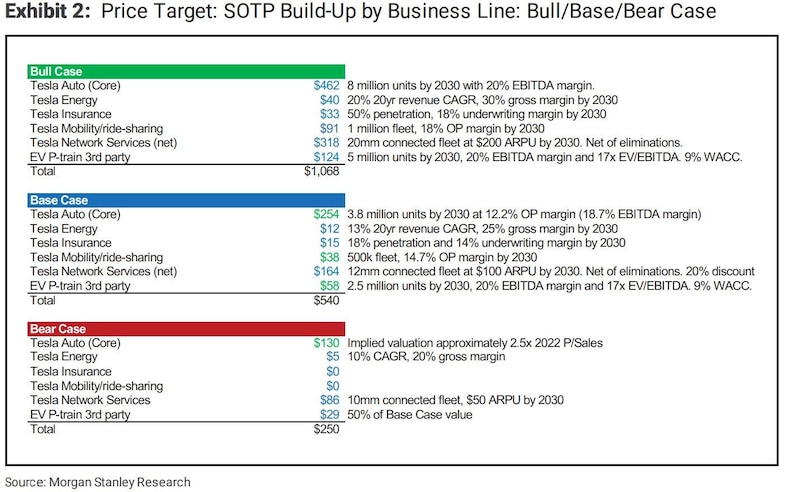 The best Black Friday store sales of 2020, from big-box retailers to our favorite startups
Technology