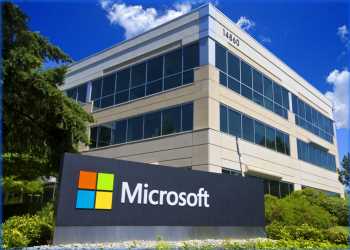 Microsoft (MSFT) Thursday launched their next generation operating system, Windows 11. The new software will allow Android apps to run on the Windows desktop.

Microsoft, following the trends of Mac OS, Chrome OS and Android OS, rooted for a cleaner user interface with round-cornered icons. Panos Panay, the chief product officer of Microsoft, said that the new UI will have better dark and light modes.

The new OS introduced Snap Groups. This feature will allow users of multiple screens to locate and open applications on the correct screen.

Apart from these, Windows 11 has Microsoft Teams integrated into the taskbar to stay in line with the new remote working ecosystem. The new Widgets are also claimed to be cleaner and more efficient in their performance.

In mobile devices, Windows’ enhanced gesture understanding adapts to the orientation smoothly. Haptic support with certain pens is also bundled in the update.

Performance has been one of the biggest concerns but Windows 11 is promised to have 40% smaller updates.

However, the biggest addition was that the new Windows store will support android apps on the platform. However, the process depends on Amazon and Intel as the company will use Intel Bridge technology to do it. Certain apps, like TikTok and Instagram, which were traditionally not available on Windows, will be available after the roll out.

The Windows 11 has a lot of features that were supposed to be in the recently scrapped Windows 10X. Microsoft is yet to confirm a release date to the new operating system, however, promised to make it a free upgrade for the Windows 10 users.