Meghan Markle and Prince Harry's Spotify deal is their latest step to becoming a billion-dollar brand. Here's how they've been building a business empire in a post-royal life.

The year 2020 has been prolific for Meghan Markle and Prince Harry.

After stepping down as working royals royals in April, the couple became financially independent, no longer drawing on money from the "sovereign grant" that funds the royal family. Eight months later, their strategy to build wealth that's independent from the royal family is becoming clearer as they've already lined up several media and retail deals to fund their lavish lifestyle.

First came a Netflix deal in September, followed by two deals in December: an investment in instant oat milk latte startup Clevr Blends and a multiyear podcast deal with Spotify. The moves signal a turn for the couple as content creators, with a dash of venture capitalist investment.

A representative for the couple did not respond to a request for comment.

Meghan and Harry already have an estimated net worth of $30 million — none of which belongs to the crown. Even prior to these deals, experts suggested that the couple could easily leverage their celebrity into a billion-dollar brand with potential opportunities like book deals, speaking-engagement opportunities, and branded merchandise. And to be sure, this same popularity and celebrity were likely major factors in them landing deals with Spotify and Netflix.

Here's a closer look at Meghan and Harry's moves to build their wealth in a post-royal life.

In September, Meghan and Harry founded their own production company and signed a multiyear deal with Netflix. The deal's worth is unclear, but Disney and Apple executives told The New York Times that the couple was shopping for similar deals at their companies for $100 million. 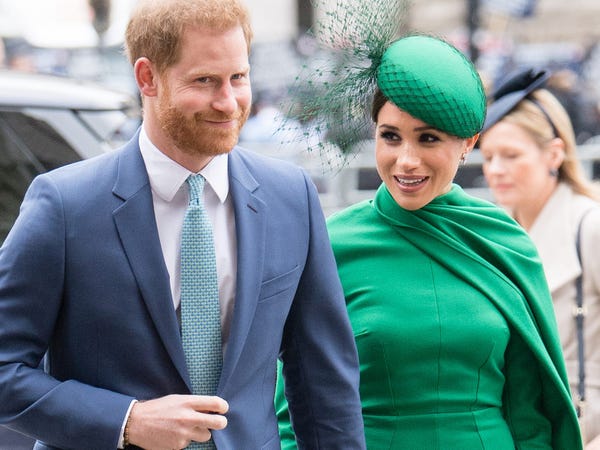 The couple plans to produce documentaries, docuseries, feature films, scripted television shows, and children's programming under their new production company, which has yet to be officially named.

"Our focus will be on creating content that informs but also gives hope," the couple said in a statement to The New York Times, which initially reported the news. "As new parents, making inspirational family programming is also important to us," they said, adding that Netflix's "unprecedented reach will help us share impactful content that unlocks action."

Netflix has shelled out big for deals with notable names before. The streaming service signed a $100 million deal with Shonda Rhimes and a $300 million deal with Ryan Murphy in 2017, according to the Observer. However, it's worth noting that Meghan and Harry don't have the producing experience that Rhimes and Murphy do (although Meghan was a successful television actress before her marriage), so the deal terms may not be quite comparable. 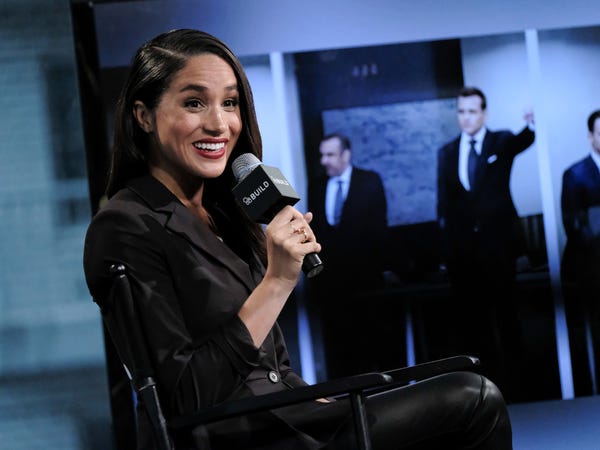 Until Markle's investment, Clevr Blends had been self-funded, according to Fortune, which first reported the news. There's no word on how much the deal is worth, but it wasn't part of a larger funding round.

The brand, led by cofounder Hannah Mendoza, describes itself as a "woman-led, mission-driven wellness company," and sells powdered matcha, coffee, and turmeric "SuperLattes" with oat milk, probiotics, and mushrooms.

Meghan spoke of the importance of supporting female-founded companies in a statement announcing her investment.

"This investment is in support of a passionate female entrepreneur who prioritizes building community alongside her business," she said in a statement to Fortune.

Clevr is based near Montecito, California, where Meghan and Harry moved earlier this year. It also donates 1% of its revenue to organizations fighting for food justice, according to Fortune, in line with Meghan's many charity efforts.

The same month, Meghan and Harry signed a multiyear podcast deal with Spotify, to debut in 2021. The deal terms weren't disclosed, but the podcast will be available for free. 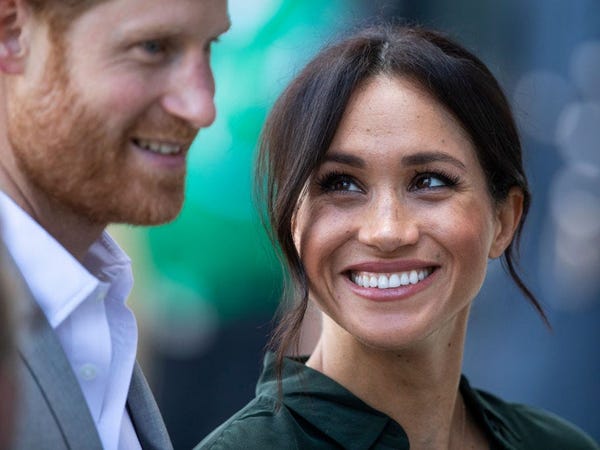 The deal with Archewell Audio, the pair's new audio-first production company, will focus on podcasts that will "build community through shared experience, narratives, and values," according to a Spotify press release on Tuesday.

Although the series won't air until 2021, the Duke and Duchess will release a holiday special later this month featuring "inspirational guests."

"With the challenges of 2020, there has never been a more important time to do so, because when we hear each other, and hear each other's stories, we are reminded of how interconnected we all are," they said in a joint statement in the press release.

Terms of the deal weren't disclosed, but previous Spotify deals with high-profile names give a clue to its worth. The streaming service signed with Joe Rogan earlier this year in a deal worth a reported $100 million. To be sure, Rogan is a giant in the podcasting space and Meghan and Harry don't have podcasting experience.

If 2020 is any indication, Meghan and Harry may continue to build their post-royal wealth — and a potential billion-dollar brand — with similar deals in the years to come.

How to create artificial life inside Bitcoin 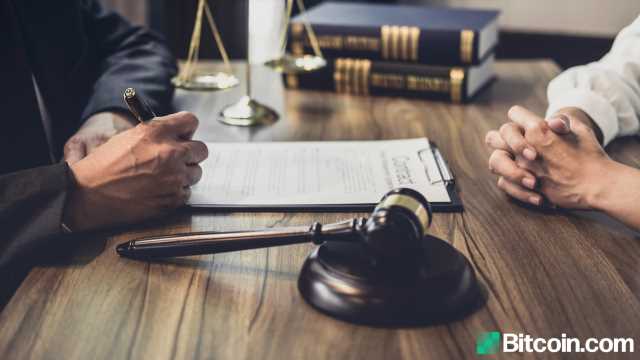