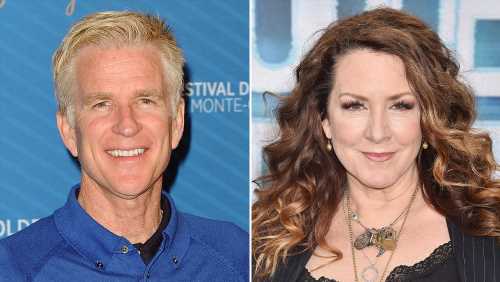 Matthew Modine is running for president of SAG-AFTRA again as the leader of Membership First, the union’s opposition party. Joely Fisher, a former national board member, is running for secretary treasurer as his running mate.

Modine was defeated for the presidency by Gabrielle Carteris in a highly contentious election in 2019. In that race, Carteris received 13,537 votes to Modine’s 10,683, with a third candidate, former SAG-AFTRA secretary-treasurer Jane Austin, receiving 5,048 votes. Only 21.2% of the union’s eligible members cast ballots last time.

“The union spends exorbitant amounts of our own members’ money attempting to convince us that our contracts have been successfully negotiated,” Modine said. “The truth is they fall far short of the economic conditions facing performers today. I’m running to ensure that each of the locals across the United States are truthfully and transparently represented.

“One of the biggest issues on the minds of our membership today is the catastrophic failure of our SAG-AFTRA Health Plan during the pandemic,” he added.

A class-action lawsuit filed in December against the Plan and its trustees claimed that benefit cuts that went into effect January 1 to offset staggering deficits “illegally discriminate based on age” – a charge the trustees deny. The lawsuit was spearheaded by leaders of Membership First. The 10 named plaintiffs include former SAG president Ed Asner and David Jolliffe, currently a vice president of the union’s Los Angeles Local – both of whom are leaders of the Membership First dissident faction.

Fisher said: “11,750 participants and their dependents including 8,200 seniors – the elders of our tribe – were abruptly dropped from their insurance plans. Matthew and I are determined to replace the Health Plan trustees with more qualified advocates. We’ll move to ensure sufficient funding is directed into the Health and Pension Plans during future negotiations.”

In a joint statement, Modine and Fisher said: “We are so excited to begin changing the direction of our Union. We’ve witnessed the weakening of our contracts with every negotiation. Our financial participation has not kept pace with the extraordinary profits being made by our employers. We intend to change that.”

You can see their full platform here.

Fisher, whose mother, Connie Stevens, was a former secretary-treasurer of the Screen Actors Guild, said she was inspired to run after receiving several official union postcards in the mail last summer “bragging that the union has achieved historic gains. I then discovered how misleading they were, and I was outraged. I posted a video that went viral which laid out the deal points plain and simple. It was in that moment, I determined that I wanted to get back in the boardroom to help restore truth and transparency for our members. The union must be preserved for future generations.”

Fisher served as a national board member in the early 2000s and currently serves on numerous committees.

Modine and Fisher said that other issues of significance in their campaign include “improving residuals and fixing the so called ‘split pension’ problem; fiscal responsibility; codifying the sexual harassment protections; addressing the massive pension disparity issue; contract enforcement, and improving the conditions facing background performers, dancers, stunt performers, broadcasters and each of the member categories.”

The “split-pension” problem stems from the fact that the SAG and AFTRA pension plans have not merged after the two unions merged in 2012.

Modine and Fisher also said that low voter turnout continues to be an issue and that they look to inspire members to “get out the vote and make their voices heard.” Ballots will be going out on August 3.

“I am thrilled to be working alongside Matthew Modine,” Fisher said. “Matthew is the consummate actor, an incredible family man and a true gentleman. He has a unique wisdom which makes him the right person to lead the union into the future. Together, in a true partnership, we will guide with strength, dignity and grace.”

Said Modine: “Joely is no stranger to the office of national secretary-treasurer. Her iconic mother, Connie Stevens, served in this role for the union from 2005 to 2009. I am absolutely thrilled to be running alongside my dear friend, a wonderful artist with a career to be envied. Joely has the passionate understanding of the needs and difficulties performers face today. Her wisdom and humanity are balanced by her beautiful power of persuasion.”

Fisher’s recent acting credits include The Tribes of Palos Verdes, The Disappointments Room, By the Rivers of Babylon and Girl in the Basement. She also starred in The Mask, Mixed Nuts, I’ll Do Anything, and Inspector Gadget.