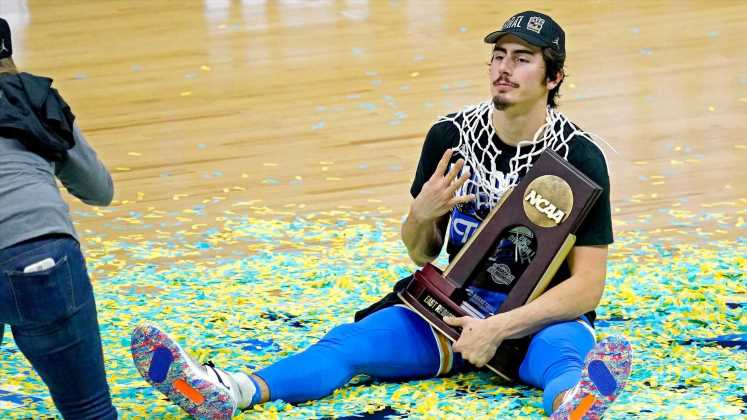 INDIANAPOLIS — Jaime Jáquez Sr. says there are no words to describe the emotions he feels when he sees his son's name on the back of a UCLA jersey, as the blue blood-turned-blue collar team has played its way into the men's Final Four as an upstart No. 11 seed.

That's because the Jáquez name represents a lineage in Mexican-American heritage that started when his grandparents came to Oxnard, California from Sinaloa and Durango in Mexico.

"I grew up rooting for UCLA just like the Lakers and Dodgers, so to have my son playing for the Bruins on this stage, it doesn't feel normal," an emotional Jáquez Sr. told USA TODAY Sports of his son, Jaime Jáquez Jr. "But when I see our family name on the back of the jersey, it makes me so proud. I wish there was an X-ray that could show the feelings I have in my heart. Because it represents (seizing) the opportunity and how far our family has come.

"When my grandparents came to the states and crossed the border, they came here to better their lives – to live the American dream."

That American dream has always paid respect to its Mexican roots, emphasizing family ties to culture – a sense of pride Jáquez Sr. has passed down to his son, a 6-foot-6 guard who is UCLA's second-leading scorer as a sophomore with 12.1 points a game

“I’m trying to represent the Mexican culture the best that I can," Jáquez Jr. told USA TODAY Sports. “It means a lot because there aren’t a lot of Mexican or Latino basketball players as there are soccer or baseball players. I want to shed light and inspire kids to do the same as me.

“And obviously, there’s a lot of prejudice and racism in the world, and we’re fighting those battles as a country and as a people. So this is a way to recognize the love that’s there. My teammates, we’re all brothers no matter what shape, size, color or culture we are. Our Final Four run is a testament to what we can do when we come together.”