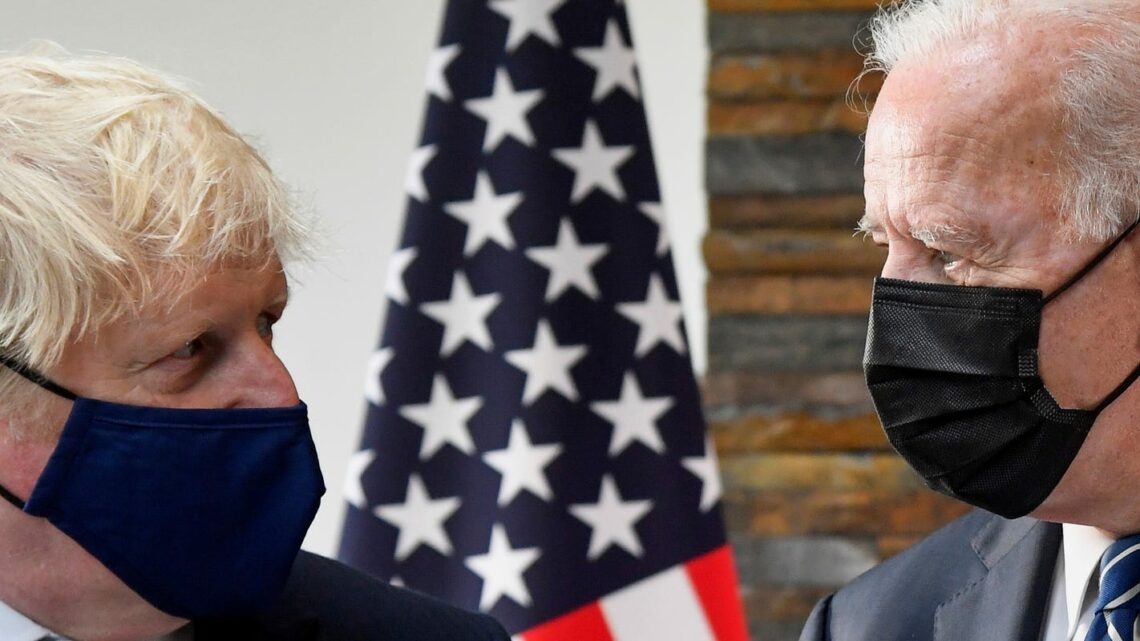 The U.S. bought 500 million doses of Pfizer’s COVID-19 vaccine to donate worldwide. Three are dead after a shooting in a Florida Publix. And we’ve got pictures of a rare eclipsed sunrise.

👋 It’s Laura. Here’s Thursday’s news, with a side of world peace.

But first, you did amazing sweeties. 💁‍♀️ After 20 seasons over 15 years, America’s favorite shameless guilty pleasure is ending its run. The series finale of “Keeping Up With The Kardashians” airs Thursday night. Check out these photos from over the years.

The Short List is a snappy USA TODAY news roundup. Subscribe to the newsletter here or text messages here.

They’re gonna make it rain vaccines all around the world. Calling COVID-19 “the current enemy of world peace,” President Joe Biden announced Thursday that the U.S. purchased 500 million doses of Pfizer’s COVID-19 vaccine to donate to 92 low-income countries and the African Union. The U.S. and other wealthy nations have been under pressure to share their vaccine surplus with the rest of the world. Starting in August, donated doses will be distributed through the global vaccine alliance known as COVAX; 200 million will be shared this year, and the remaining 300 million will be donated in 2022. “America knows firsthand the tragedies of this pandemic,” Biden said. Nearly 600,000 people in the USA have died from COVID-19 – more U.S. deaths than in both World Wars, the Vietnam War and the 9/11 terrorist attacks combined. Later, British Prime Minister Boris Johnson said the U.K. will donate 100 million surplus vaccine doses within the next year, including 5 million within the coming weeks, primarily for use in the world’s poorest countries.

Tony Taylor prepares to receive the Johnson & Johnson COVID-19 vaccine from Sgt. Reilly Gallagher of the Illinois Army National Guard during a clinic put on by the Sangamon County Department of Public Health and the National Guard in Springfield, Ill., on May 25. Taylor says he got the vaccine because he "just happened to walk by." (Photo: Justin L. Fowler/The State Journal-Register)

It’s not immediately clear who the shooter was, but three people – a man, woman and child – are dead. Officials said the shooter was among those killed. The shooting happened at a Publix supermarket in Royal Palm Beach, Florida, on Thursday morning, the Palm Beach County Sheriff’s Office said. Officials said the shooting took place inside the store, near its produce section, just after 11:30 a.m. EDT. Detectives spoke to witnesses and reviewed surveillance video as they tried to determine what led up to the shooting. Juan Guardia said he was in the supermarket’s deli area when chaos erupted. “I heard, ‘They’re shooting!’ A woman Publix worker said, ‘Run! Shooting!'” Guardia recalled. “I was scared. It’s sad because everything happened fast. Everyone was running. Some employees were crying.”

What everyone’s talking about

Modeled on a historic joint statement made by Prime Minister Winston Churchill and President Franklin D. Roosevelt in 1941 setting out their goals for the postwar world, President Biden and British Prime Minister Boris Johnson announced a new “Atlantic Charter” aimed at “tackling the greatest challenges of our time” from global defense to climate change. A travel task force that is part of the charter will make policy recommendations about safely opening up international travel between the U.K. and the USA. Before the coronavirus outbreak, more than 4.5 million Americans visited the U.K. every year, and more than 5 million British nationals traveled to the USA annually.

President Joe Biden and British Prime Minister Boris Johnson have much to discuss before the G-7 summit in Cornwall, Britain. (Photo: Pool photo by Toby Melville)

🌞 A partial eclipse of the sun

Some early risers in the Northern Hemisphere may have been lucky enough to see a rare eclipsed sunrise known as the “ring of fire” Thursday morning. Sky watchers from New York to parts of Asia were able to see the ring-shaped or partial eclipse of the sun. The eclipse began in Ontario, Canada, at sunrise and ended in southeastern Siberia. The event lasted for about an hour and 40 minutes and was only partially seen by people in the U.S. A solar eclipse happens when the moon moves between the sun and the Earth, partially or entirely blocking the sun’s light. During an annular or partial eclipse, parts of the sun’s light can be seen and illuminate a ring of light or “ring of fire.” The next total eclipse in the U.S. will be April 8, 2024, and will be visible in cities including Dallas and New York.

An annular solar eclipse rises over construction cranes and the Peace Tower on Parliament Hill in Ottawa, Canada. (Photo: Sean Kilpatrick, The Canadian Press via AP)

Emma Coronel Aispuro, the wife of Mexican drug kingpin Joaquin “El Chapo” Guzman, pleaded guilty Thursday after she was charged in the U.S. with helping her husband run his multibillion-dollar criminal empire. The charges include knowingly and willfully conspiring to distribute heroin, cocaine, marijuana and methamphetamine for several years. She also pleaded guilty to a money-laundering conspiracy charge and to engaging in transactions with a foreign narcotics trafficker. Prosecutors alleged Coronel, a dual U.S.-Mexican citizen, “worked closely with the command-and-control structure” of the Sinaloa cartel. During Guzman’s trial in 2019, prosecutors said she helped orchestrate Guzman’s two prison breaks in Mexico.

A break from the news

This is a compilation of stories from across the USA TODAY Network. Want this news roundup in your inbox every night? Sign up for The Short List newsletter here.