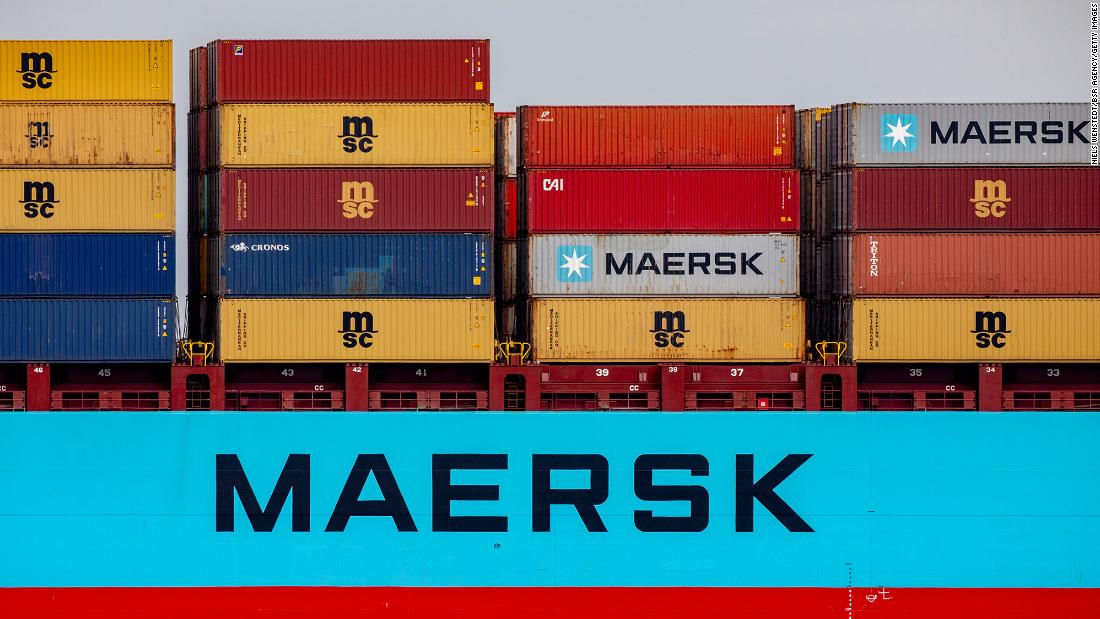 Maersk CEO: The trade pipeline is bursting at the seams

The only problem? There’s not enough carbon neutral methanol to power the vessels.
Maersk said Tuesday that it would spend $1.4 billion on eight large ships that will have the capacity to travel on green methanol as well as traditional fuel. The ships, which will be built by Hyundai Heavy Industries and be able to transport approximately 16,000 containers, are expected to start operating in early 2024.

They cost 10% to 15% more than standard vessels. Yet the Danish company needs to transition its fleet within the decade in order to meet its goal of net-zero carbon emissions from its operations by 2050. Container ships typically have a lifespan of between 20 and 25 years.

The key challenge will be sourcing the green methanol needed to power the new ships sustainably. Maersk hopes that the size of its order will help jumpstart the market for cleaner fuel, but conceded this will be difficult.

“Sourcing an adequate amount of carbon neutral methanol from day one in service will be challenging, as it requires a significant production ramp up of proper carbon neutral methanol production,” the company said in a statement.
Shipping is one of the dirtiest industries, requiring drastic action if the world plans to rein in the accelerating climate crisis. Maritime emissions account for almost 3% of global carbon dioxide output, according to the International Maritime Organization.
“The time to act is now, if we are to solve shipping’s climate challenge,” CEO Soren Skou said. “This order proves that carbon neutral solutions are available today across container vessel segments and that Maersk stands committed to the growing number of our customers who look to decarbonize their supply chains.”
The company said that more than half of its 200 largest customers have set, or are in the process of setting, targets to cut the carbon intensity in their supply chains, pointing to retailer H&M and consumer goods behemoth Unilever (UL). That will require cooperation from Maersk, the world’s largest container shipping line.
Adding the ships to the company’s fleet as it retires older vessels will save 1 million metric tons in annual carbon dioxide emissions, the firm estimates.

In 2020, Maersk ships emitted about 33.9 million metric tons of CO2 from its fleet of around 700 vessels, according to its sustainability report.
Last week, Maersk announced that it had secured partners to produce the green fuel needed to power its first ship to run on carbon neutral methanol, which is due to launch in 2023. But that vessel is significantly smaller than the ones the company just ordered.
Source: Read Full Article