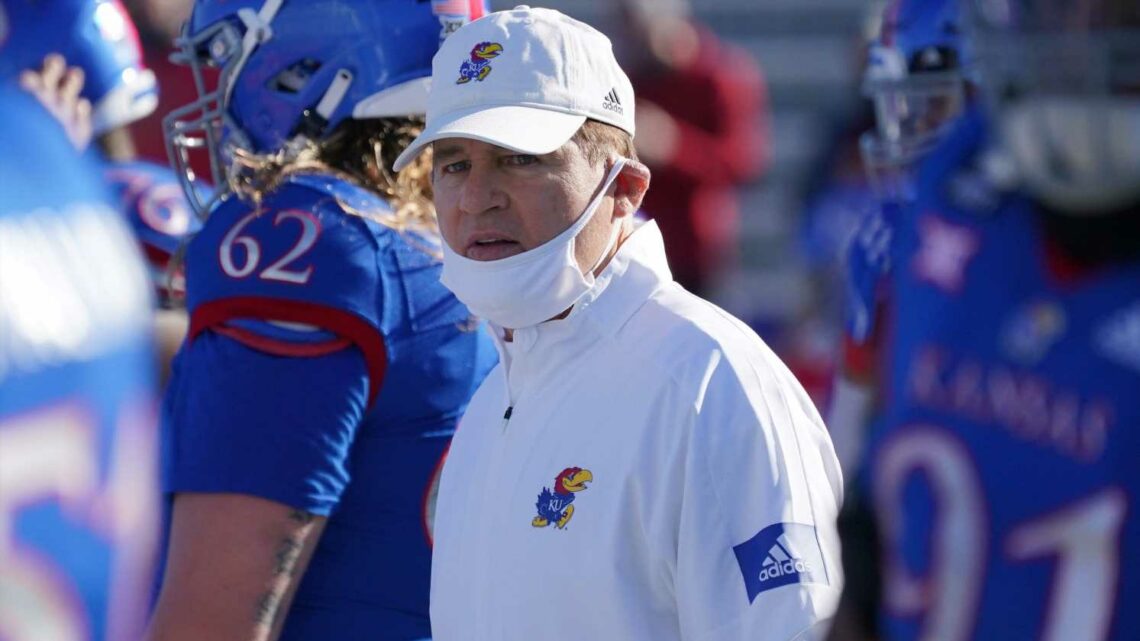 Les Miles is out. Where does Kansas football turn now as it looks to make unprecedented coaching change?

Kansas is back in the market for a head football coach after parting ways with Les Miles on Monday night amid detailed reports of sexual misconduct during his tenure at LSU.

The argument for Miles' dismissal is unbreakable: LSU officials were aware beginning in 2009 of “chronicled significant alleged misconduct” involving the former coach, who was fired early in the 2016 season, going so far as to bar Miles from being alone with student workers. An investigation conducted by an outside law firm revealed that then-LSU athletics director Joe Alleva found Miles' behavior so problematic that he recommended his firing in June 2013.

Kansas is the punchline of college football, with at least nine losses in every season since 2010 and no significant infrastructure, recruiting base or blueprint to reverse the program's embarrassing run at the bottom of the Power Five conferences.

MILES OUT: Kansas and coach mutually agree to part ways amid probe into inappropriate behavior at LSU

The University of Kansas and Les Miles have mutually agreed to part ways effective immediately.

Miles did nothing to change the Jayhawks' direction, even if the youthful makeup of the current roster suggested building-block pieces to eventually make a run at bowl eligibility. Despite his pedigree, however, Miles went 3-18 in his two seasons and capped the shortened 2020 season on a 13-game losing streak.

Four themes loom as KU looks to make a nearly unprecedented coaching change with spring drills just around the corner:

► The program's long-running downturn strongly suggests institutional issues that go beyond the coaching staff, even as several failed hires in a row have compounded these concerns.

► With spring football already underway in every Power Five conference, the timing is horrible to find an established head coach.

No, Shakespeare isn’t getting ‘cancelled.’ There’s plenty of room for disruptive texts.