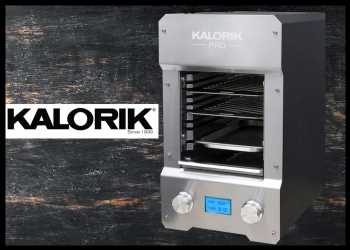 The recall involves the Kalorik Pro 1500F Electric Steakhouse Grill, Model KPRO GR 45602. About 3,525 units were sold in the United States and about 71 were sold in Canada.

The products, manufactured in China, were sold online at kalorik.com, amazon.com, walmart.com, kohls.com, bedbathandbeyond.com, qvc.com, homedepot.com, macys.com, bestbuy.com, acehardware.com and hammacher.com between July 2020 and March 2021 for about $400.

According to the agency, the incorrectly electroplated knobs on the grills can pose an electric shock hazard to users after the grill has fully preheated.

The recall was initiated after the Miami Gardens, Florida-based company received reports that five consumers received electric shocks from the recalled grills, including three in the United States and two in Canada.

Consumers are urged to contact Kalorik for a free repair kit to replace the electroplated control knobs.

TA: Bitcoin Signals Fresh Decline, Why Dips Could Be Limited In BTC
Technology