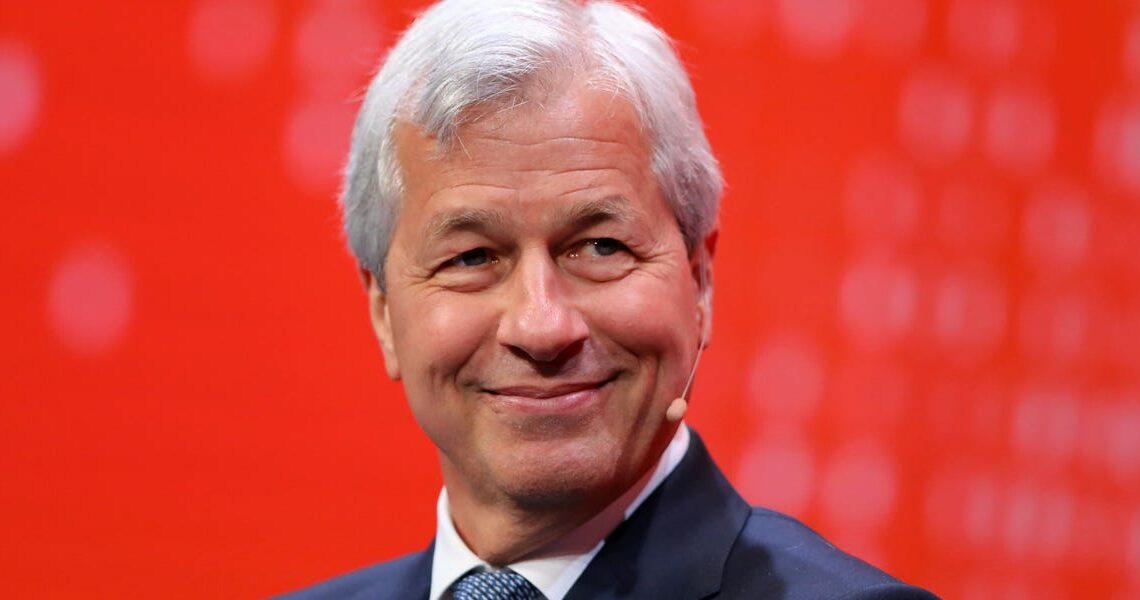 JPMorgan wants to deepen its ties to Silicon Valley, and it just hired five people to help.

The firm has nabbed Carly Kiser, Sarah Peluso, Paula Root, and Navid Shahrestani from Silicon Valley Bank. It also hired Jordan Litke, who was a relationship manager focused on tech and middle-market companies at Bank of America.

They’re all joining JPMorgan’s innovation economy team, which includes its technology and disruptive commerce (TDC), life sciences, and venture capital-focused teams. It’s all an effort to work more with tech startups and the VCs that back them.

The innovation economy team sits within the commercial banking unit, which provides small to midsize companies with credit, financing, treasury and payments, international banking, and other services.

Whereas JPMorgan’s investment bank works with large corporates, its commercial bank is leaning into the smaller end of business banking with a focus on tech startups and middle-market companies.

JPMorgan created a dedicated VC coverage team in 2019, and it hired four Silicon Valley Bank execs at the time to build it.

Bank of America, too, has leaned into the middle market in recent years, making key banking hires and focusing on smaller US cities like Nashville and Salt Lake City. And Wells Fargo has also indicated that it’s looking to build on existing middle-market commercial banking relationships as it revamps investment banking and capital markets at the firm.

SVB provides small-business banking, venture capital, and debt to startups. Some 50% of all venture-capital-backed tech and life-science companies in the US bank with SVB, according to its website.

“JPMorgan is accelerating its commitment to delivering the expertise, solutions and connectivity that early-stage companies need to unlock their full potential at every stage of growth,” Melissa Smith, head of specialized industries for middle-market banking, said in a statement.

“Our new team members bring decades of experience in advising leading entrepreneurs, investors and VCs across the globe and will be a tremendous asset to our clients,” she said.

SVB has meanwhile been looking to bulk up wealth management offerings, as Insider reported a year ago. The strategy has included hiring in the bank’s private banking and wealth advisory teams.

Get the latest Bank of America stock price here.

U.S. Consumer Confidence Soars Much More Than Expected In March