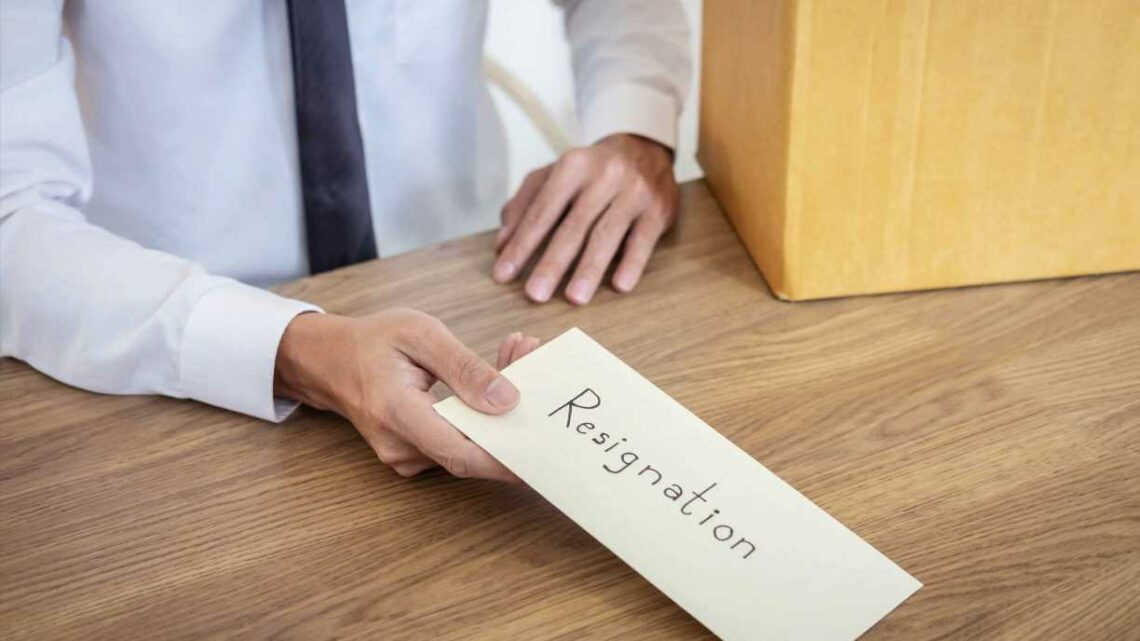 Joining the 'Great Resignation'? Here's how to handle your 401(k)

Hunting for a new job? Don't forget about your retirement savings at the company you'd be leaving.

More than half of workers (55%) plan to look for a new job in the next year, according to a recent Bankrate survey. Dubbed the "Great Resignation," the search for greener pastures comes a year and a half into the Covid pandemic, with many workers reevaluating their careers and seeking out jobs that provide greater flexibility or higher pay, or are more fulfilling.

While not all employees have a 401(k) plan or similar workplace retirement option, those who do should know what happens to their account when they leave a job and what the options are — and aren't.

"I know it can be stressful changing jobs, but just don't forget about your 401(k)," said certified financial planner Marguerita Cheng, CEO of Blue Ocean Global Wealth in Gaithersburg, Maryland.

Here's what to know.

Among 401(k) plans that allow participants to borrow money, roughly 13% of savers have a loan against their account, according to Vanguard research. The average loan balance is about $10,400.

If you leave your job and still owe, there's a good chance your plan will require you to repay the remaining balance fairly quickly; otherwise, your account balance will be reduced by the amount owed and considered a distribution.

In simple terms, unless you are able to come up with that amount and put it in a qualifying retirement account, it is considered a distribution that may be taxable. And, if you are under age 55 when you leave the job, you'll pay a 10% early withdrawal penalty. (Workers who leave their company when they reach that age are subject to special withdrawal rules for 401(k) plans — more on that below.)

More from Personal Finance:
Where to get the best rates on your emergency savings
The era of surprise medical bills may be ending
College tuition now rising at a rate lower than inflation

About a third of plans allow their ex-workers to continue paying the loan after they leave the company, according to Vanguard. This makes it worthwhile to check your plan's policy.

Leave the money or move it?

Your first option for handling your retirement savings is to leave it in your former employer's plan, if permitted. Of course, you can no longer contribute to the plan or receive any employer match.

However, while this might be the easiest immediate option, it could lead to more work in the future.

"The risk is that you are going to forget about it down the road," said Will Hansen, executive director of the Plan Sponsor Council of America.

Basically, finding old 401(k) accounts can be tricky if you lose track of them. (There is, incidentally, pending legislation in Congress that would create a "lost and found" database to make locating lost accounts easier.)

Also be aware that if your balance is low enough, the plan might not let you remain in it even if you want to.

"If the balance is between $1,000 and $5,000, the plan can transfer the money to an [individual retirement account] in the name of the individual," Hansen said.

Your other option is to roll over the balance to another qualified retirement plan. That could include a 401(k) at your new employer — assuming rollovers from other plans are accepted — or an IRA.

Be aware that if you have a Roth 401(k), it can only be rolled over to another Roth account. This type of 401(k) and IRA involves after-tax contributions, meaning you don't get a tax break up front as you do with traditional 401(k) plans and IRAs. But the Roth money grows tax-free and is untaxed when you make qualified withdrawals down the road.

If you decide to move your retirement savings, you should do a trustee-to-trustee rollover, where the transfer is sent directly to the new 401(k) plan or IRA custodian.

Also, while any money you put in your 401(k) is always yours, the same can't be said about employer contributions.

Vesting schedules — the length of time you have to stay at a company for its matching contributions to be 100% yours — range from up to one year to six years. Any unvested amounts generally are forfeited when you leave your company.

There's something called the Rule of 55: If you leave your job in or after the year you turn 55, you can take penalty-free distributions from your 401(k).

If you move the money to an IRA, you lose that ability to tap the money before age 59½, the standard age when you generally can make withdrawals from retirement accounts without paying a penalty.

Additionally, if you are the spouse of someone who plans to roll over their 401(k) balance to an IRA, be aware that you would lose the right to be the sole heir to that money. With the workplace plan, the beneficiary must be you, the spouse, unless you sign a waiver allowing it to be someone else.

Once the money lands in the rollover IRA, the account owner can name anyone a beneficiary without their spouse's consent.

Exclusive: Boxing Legend Muhammad Ali to Be Featured in a Forthcoming NFT Drop