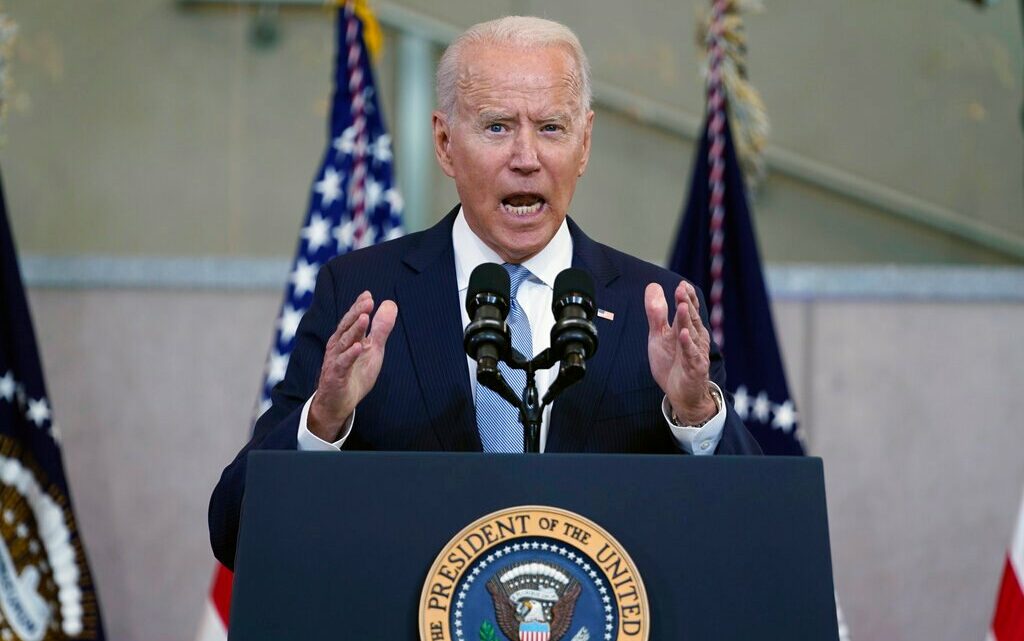 President Joe Biden called a wave of new voting restrictions in Republican-led states the “most significant threat to our democracy since the Civil War.”

But Biden didn’t directly address what many Democrats see as the only solution: Eliminating the filibuster, as major legislation to counter new state laws can’t overcome a 60-vote threshold in the Senate.

The president, in flashes of passion, cast the Republican efforts as a “21st Century Jim Crow” that was “real and unrelenting.”

The latest effort to pass a series of voting restrictions is taking place in Texas, where on Monday Democratic lawmakers flew out of the state to Washington, D.C., denying Republicans a quorum to move forward with the bill.

“There is an unfolding assault taking place in America today, an assault on democracy, an assault on liberty. An assault on who we are as Americans,” Biden said, as he slammed “peddlers of lies” who are “threatening the very foundation of our country.”

He warned of the consequences for the midterm elections next year by pointing to the January 6 Capitol insurrection. “Look how close it came,” he said, referring to the effort to stop the certification of the electoral vote. But he said that the country “met the test,” praising even Republicans who pushed back on false election claims.

Biden attacked his predecessor Donald Trump for being unwilling to accept the results of the 2020 and continuing to spread false claims about the election. “The big lie is just that — a big lie,” he said.

“In America, if you lose, you accept the results,” Biden said later in the speech. “You follow the Constitution. You try again. You don’t call facts fake and then try to bring down the American experiment just because you are unhappy. That’s not statesmanship; that’s selfishness.”

Biden suggested that he efforts to restrict voting are based on the false pretext that the 2020 election was tarnished by election fraud, even though courts and election security officials repeatedly rejected those claims.