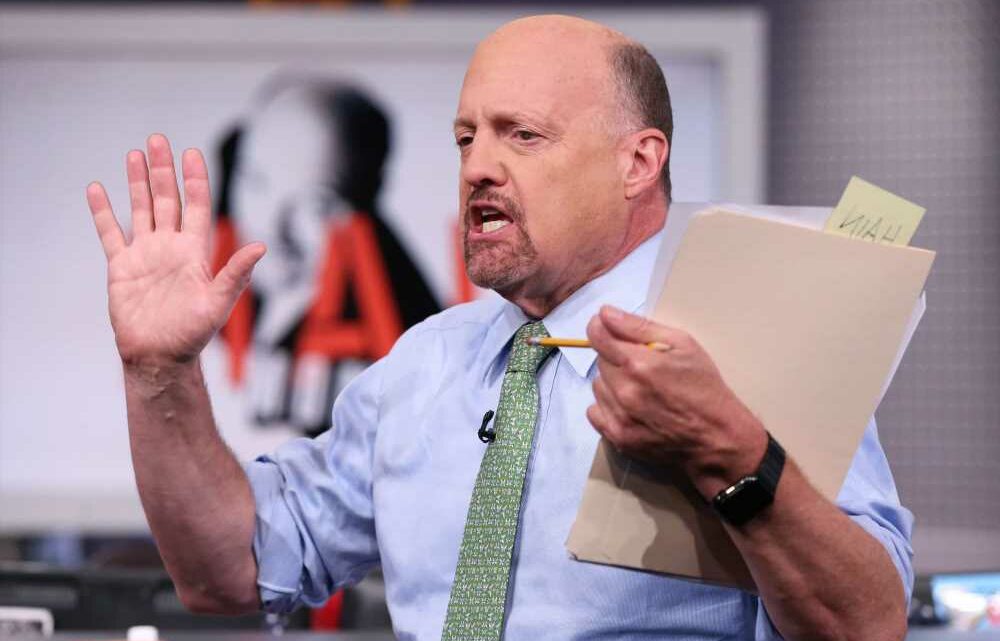 Jim Cramer sees 2 possible 'speed bumps' for stocks. Here's how he is preparing

CNBC's Jim Cramer said Wall Street may hit a few "speed bumps" before it possibly closes 2021 on a high note, so he's raising some cash to strategically deploy into potential weakness.

"As long as [Fed Chief] Jay Powell doesn't threaten us with a series of lockstep rate hikes … and as long as he recognizes that some of this inflation is indeed transitory … then I think we'll get some great buying opportunities, including one last leg down because the much-anticipated Santa Claus rally," the "Mad Money" host said.

Cramer pointed to two possible events that could spook investors and cause a wave of selling in the near term, creating those aforementioned buying opportunities. The first is Friday's consumer price index report from the Labor Department, while the second is a dramatic escalation in the situation involving Russia and Ukraine.

After considering both events, Cramer said the decision was made to trim some of his charitable trust's most successful positions, so it has ample dry powder. On Tuesday, in particular, the investment trust sold 25 shares of Estee Lauder and 200 shares of Marvell Technology.

Cramer stressed that he didn't sell those shares because was "truly worried" about Friday's CPI report showing much-hotter-than-expected inflation or geopolitical tensions. The trust "took some profits because they were right to take," he said.

"I'm an optimist. I've watched the Dow go from 1,000 to 35,000 in the course of my professional lifetime," Cramer said. "I am concerned, but I am not worried. We raised some cash because I anticipate panic when other people get worried and stoke fear in the media."

Kelly Evans: The iPhone is going away